Barbless vs. barbed flies – think about it and consider the fair way!


In most of international trout fisheries you are strongly asked or it is the written rule to fish barbless. After a few weeks here in NZ I step by step pinched all the barbs on the flies I used, the same way as we do it at home. After around two weeks of transition I ended up fishing consequently barbless and in the meantime it got a rule I follow. But why is most of the trout fishing in NZ happening with barbed flies? 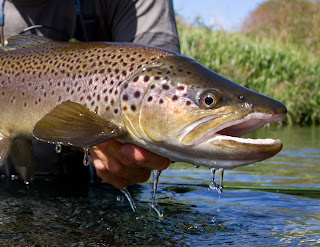 I just recently asked a guide and the answer was pretty much what I expected. ‘I can’t afford that my client thinks he/she lost a fish due to barbless. And after a while of fighting a good fish the hole of the flies gets bigger and the fly might fall out easily. Thus I fish with barbs.’ Pretty much I do understand that argumentation. But consider the obvious advantages of barbless fishing: the fly can be retracted more easily from human flesh, from clothing, it penetrates the mouth of the fish a little bit more easily and in case of a broken leader the fly falls out of the fish’s wound most likely considerably faster than with a barb. Further unhooking the fish is much easier and the fly can be removed from the landing net (I know about these new ones). But besides these obvious hard fact reasons there are further aspects. Why should a fly fall out of the mouth when you keep tension? If you don’t keep tension you do not fight the fish in an acceptable way. Even when a fish jumps you keep the tension. And might the most important reason: you treat the fish more fairly, cause less harm due to less puncture, and quicker hook removal and thus easier handling. Finally for me it is some kind of fairness and additional challenge (whereas I strongly belief the advantages do outbalance the possibly existing disadvantages) to fish barbless. And that is what we are all looking for with a fly rod on the hand: challenges, tasks and problems (more in the meaning of the word used by climbing folks) we try to find solutions for.

Frankly speaking without doing any records I would estimate the percentage of fish I might possibly loose due to the reason fishing with barbless flies a most likely overestimated share of 5%. So losing one of 20 fish – that is a fair price I love to pay.

Just yesterday I was fishing a smaller stream in the Reefton area with rather few fish (somebody walked it three weeks ago and saw the whole day only three fish). I saw around two dozen fish on that day, got good shots on might be half of them and hooked five (without spending to much time with every fish). All were in unbelievable strong condition. I lost the three first fish: one came of due to high pressure just centimeters from the net (I was totally happy about that easy release), one ripped off due to a nasty rock shelf even 0,25 fluor would have been broken on that (the barbless fly might have fallen out within hours) and the third, a very decent brown (6-7lbs), tried to power with full force towards an unclear deep rock shelf where I wanted that fish definitely not to have, so I pretty much did hold the line more or less tight and the hook cut out. All three lost fish where not caused by barbless. I was only really pissed about the second lost fish. The first gave me a big smile and the third lost – I pretty much could not avoid it. The day continued with a 7 lbs. fish that pulled me up 50 meters trough a rapid and a 5,75 lbs. brown, (which made me taking a dip because I could not see a huge boulder due to the glare on the water and still the fish was securely attached) that went upstream trough the next rapid as well, to end the day.

The same paradigm applies for other kinds of fly fishing such as fishing for bonefish, pike, trout outside of NZ, dorado in the Bolivian jungle and grayling to mention just a few.

For me fly fishing with barbed hooks is not acceptable and I can’t take it fully serious. Try it and dare to fish with fair flies! Think about it! 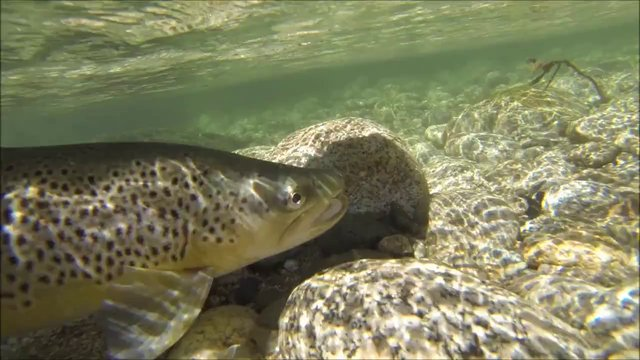 See the trout above in a short clip at Vimeo: The Browntrout that needed Surgery.