Rotorua to Coromandel – the tourist’s road towards Auckland


In the meantime Ines and Tobias did spend their day in Rotorua first in a park and later in the local bath to have a swim. As I picked them up late from the bath I saw how strange and by far not appealing this location was... Once again a very touristic village of low appeal that will not be on the list of future visits.

We left Rotorua this afternoon to drive north west towards Coromandel Peninsula. Around three hours on dark rainy roads. NI got better from day to day…

Some days ago we managed to book one of the last affordable bachs on the south west side of the peninsula. We found a charming small bach in Tairua, not far from the main touristic-reasons to visit Coromandel: Cathedral Cove, seascapes and the 309 road. 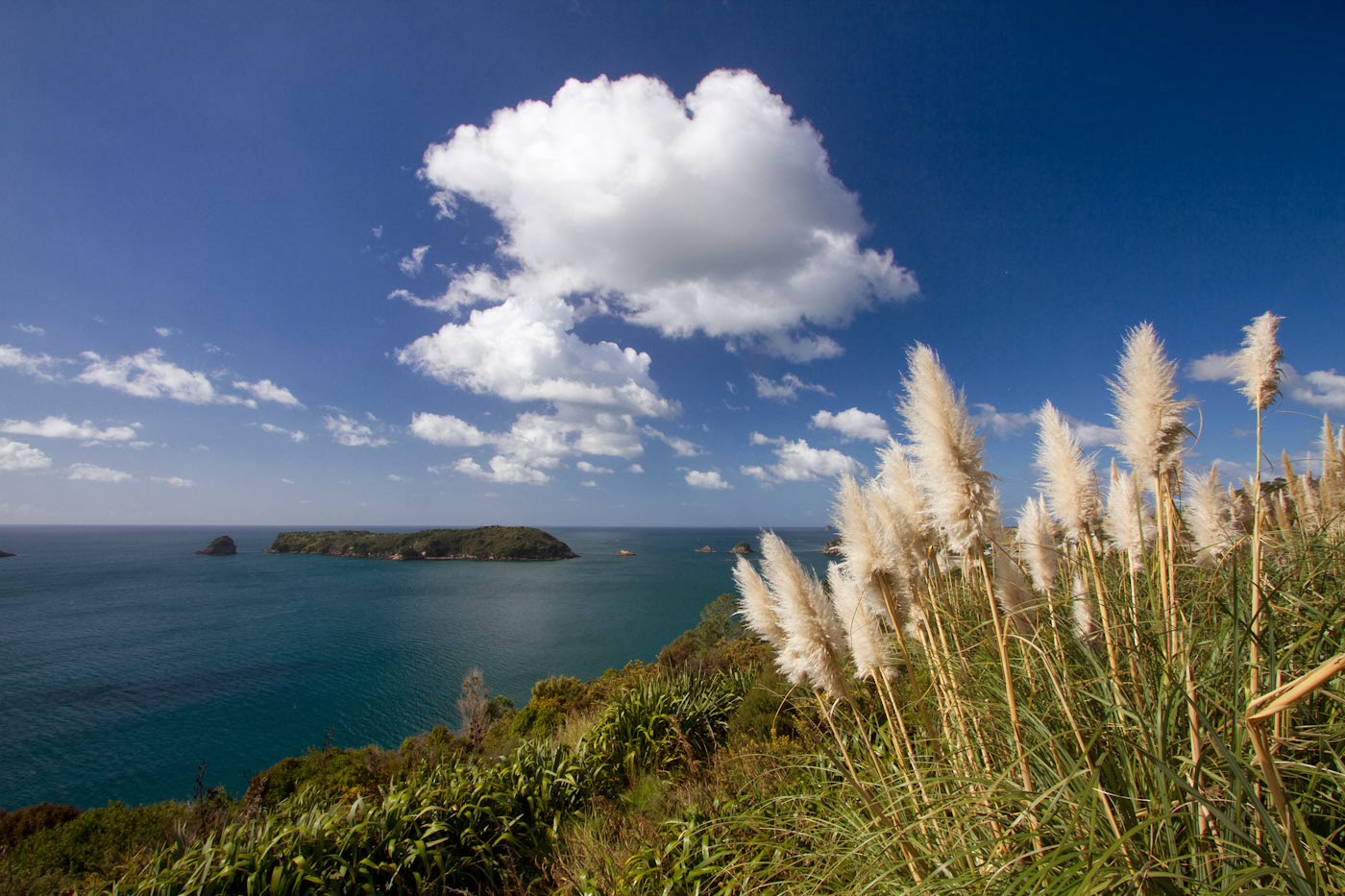 We had to book the bach via bachcare.co.nz as most of the cottages on the peninsula are managed via this company. The whole process via bachcare is embarrassing: you have to pay a fee of 30NZ$ independent of the nights booked, there is a high cleaning bond of something around 200NZ$ and you get pretty much bombed with e-mails and calls from the central booking and the local management. The cleaning bond by itself is ok but it puts pressure on you and the offer from bachcare to have the cottage cleaned for you without mentioning the price is just kind of rip off and not legitimate.

The bach was reasonable cheap, modern, had a freaky stove that turned on by itself, a smoke detector that woke us loudly 3am, we had hundreds of ants indoors and a useful heating was missing. Judging from the German sockets and IKEA-stile tools it was owned by a German.

Besides that, during our booking and stay the local management was kicked out due to some unknown reasons. This caused extra confusion.

Traveler’s advice: book directly, do not book via bachcare! In the future I would go even so far not to travel to a place if I could not avoid this company. Bachcare seems to be more focused to NI – hopefully it will remain like this during the current century. 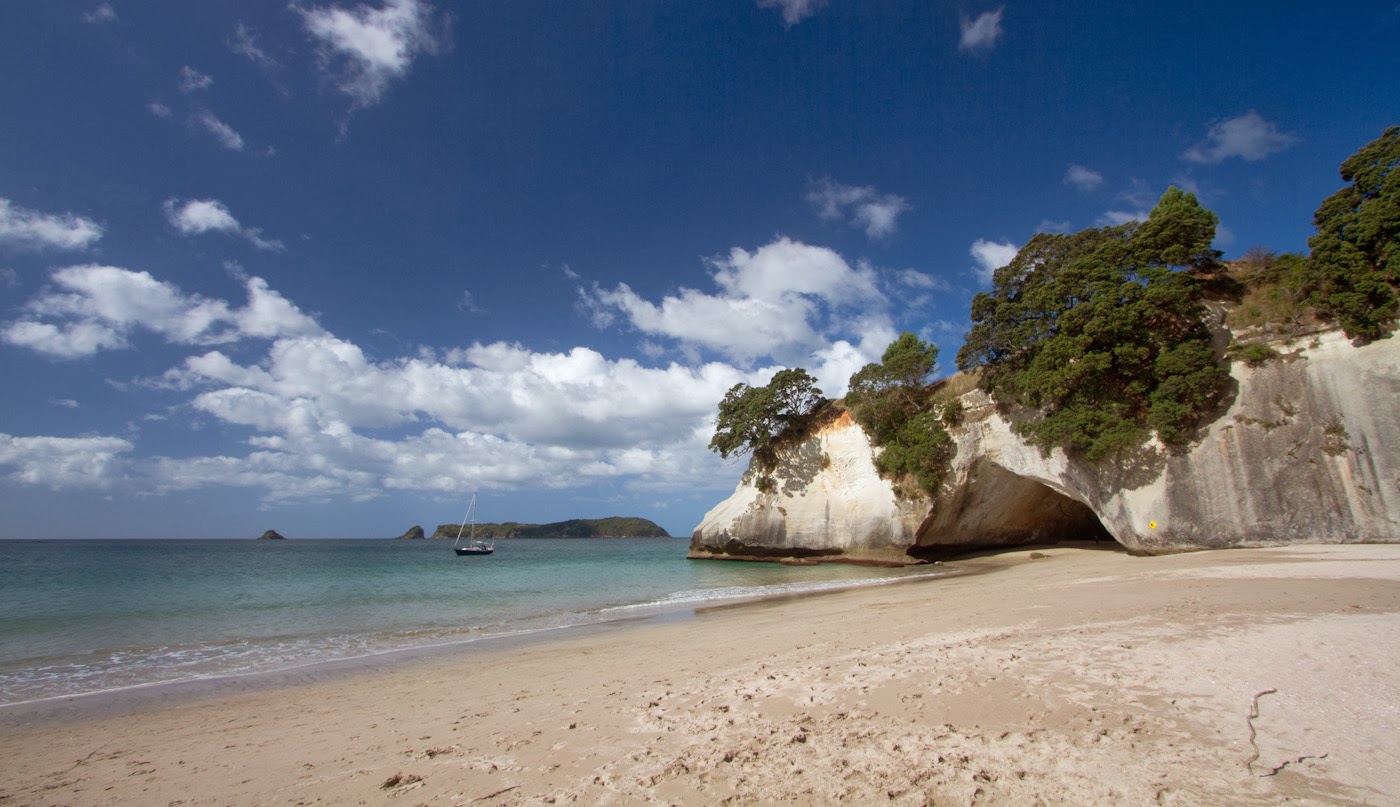 Besides all these downsides the bach had a nice view over the sound and Tairua, was quietly located up on the hill and had just the right size for us three. Tobias practiced crawling the steep stairs up and down and up again. We had a close look at him or helped him as the stairs were a little bit exposed…


In the morning we drove north towards Hahei to walk the short walk down to the famous Cathedral Cove. A sandy beach with a natural arch / cave (therefore cathedral?) and a distinctive shaped rock. We enjoyed the relatively few tourists on the beach beyond the arch, the sun and the sandy beach. Tobias and I had short dips in the not too chilly water. Some pictures with high contrast from the inside of the cave and the sunny beach. 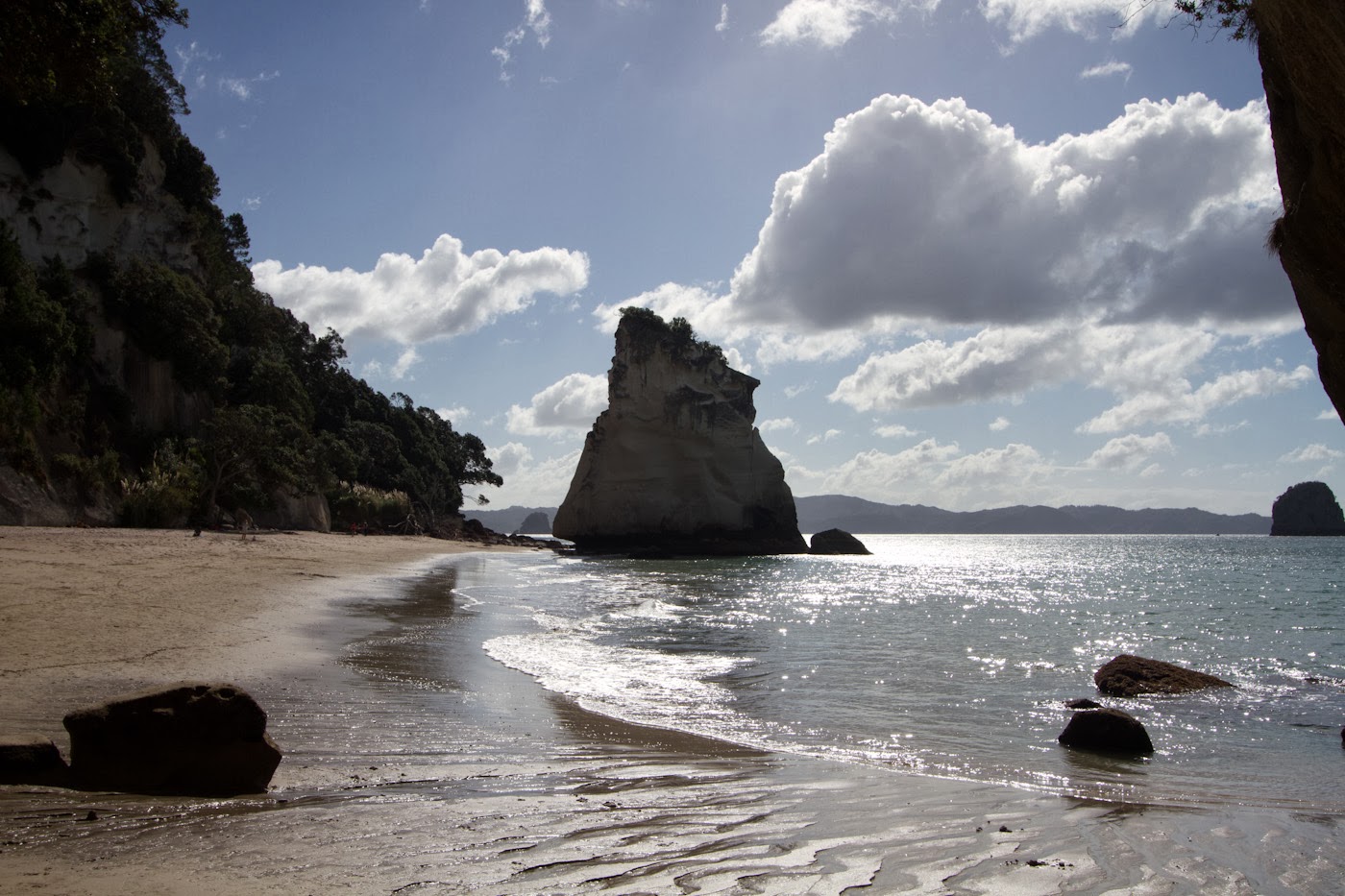 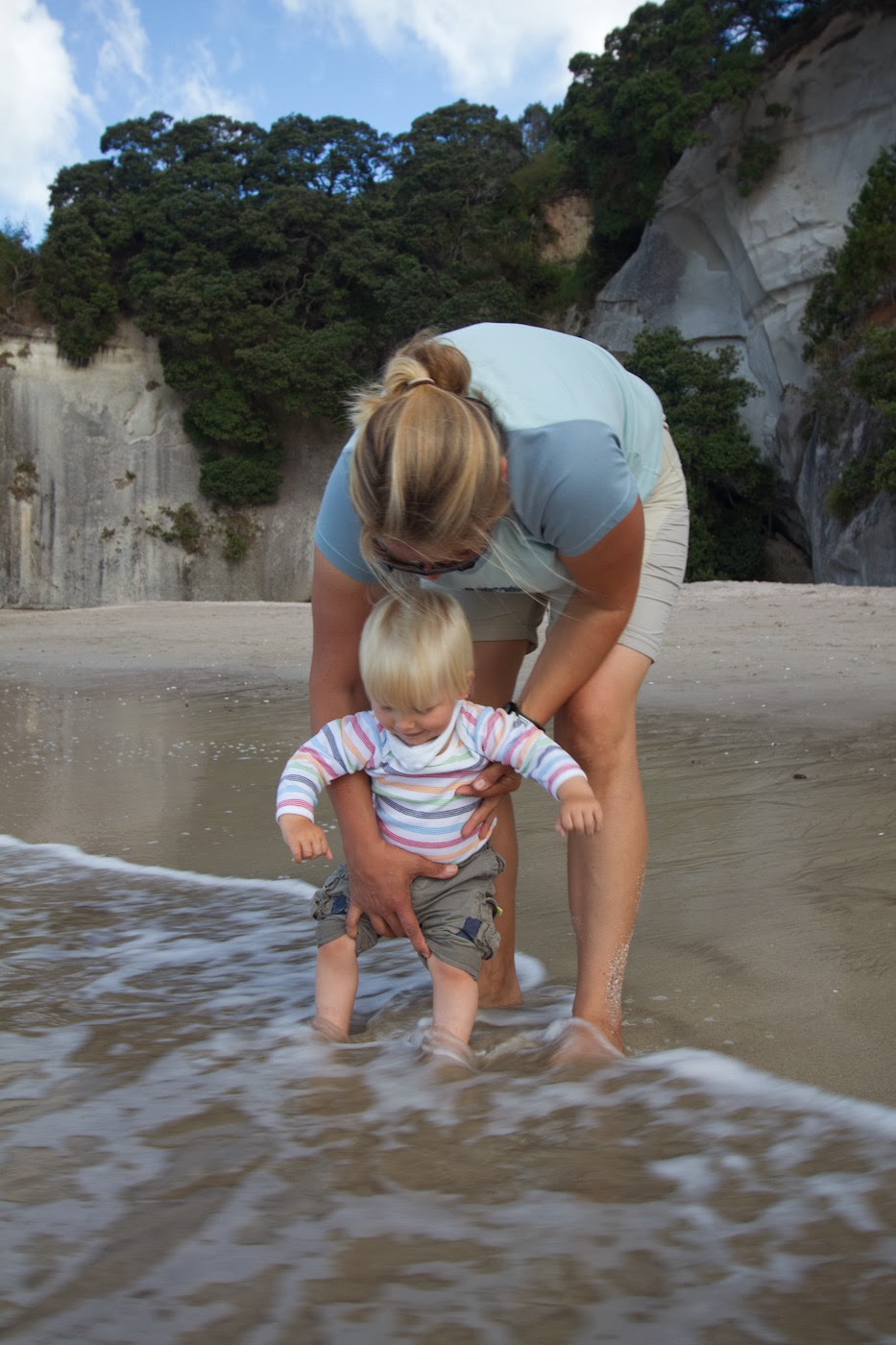 It was already afternoon as we left the beach and headed back to the car. Next stop was the famous 309 road, a road – unpaved (adventure! ; ) ) – which leads from the east to the west of the peninsula. Back before the first visit to NZ four years ago I marked this rode physically in the map and mentally in my brain as one of the "landmarks" to visit in NZ. The road is supposed to be famous for: 309 manuka honey, a waterfall, some water works and its unpaved nature in the middle of the woods. Highly fascinating! At least that was what I thought to expect back then before the first visits to NZ. First stop was the honey shop where we bought 7 glasses (actually the glasses were plastic jars, perfect for international transport) of honey and had a nice talk with the real queen of the bees (the female human owning the business). There are some special types of the manuka honey that are proven to have antibiotic power. These types are much more expensive and taste not better than the cheaper conventional manuka honey. 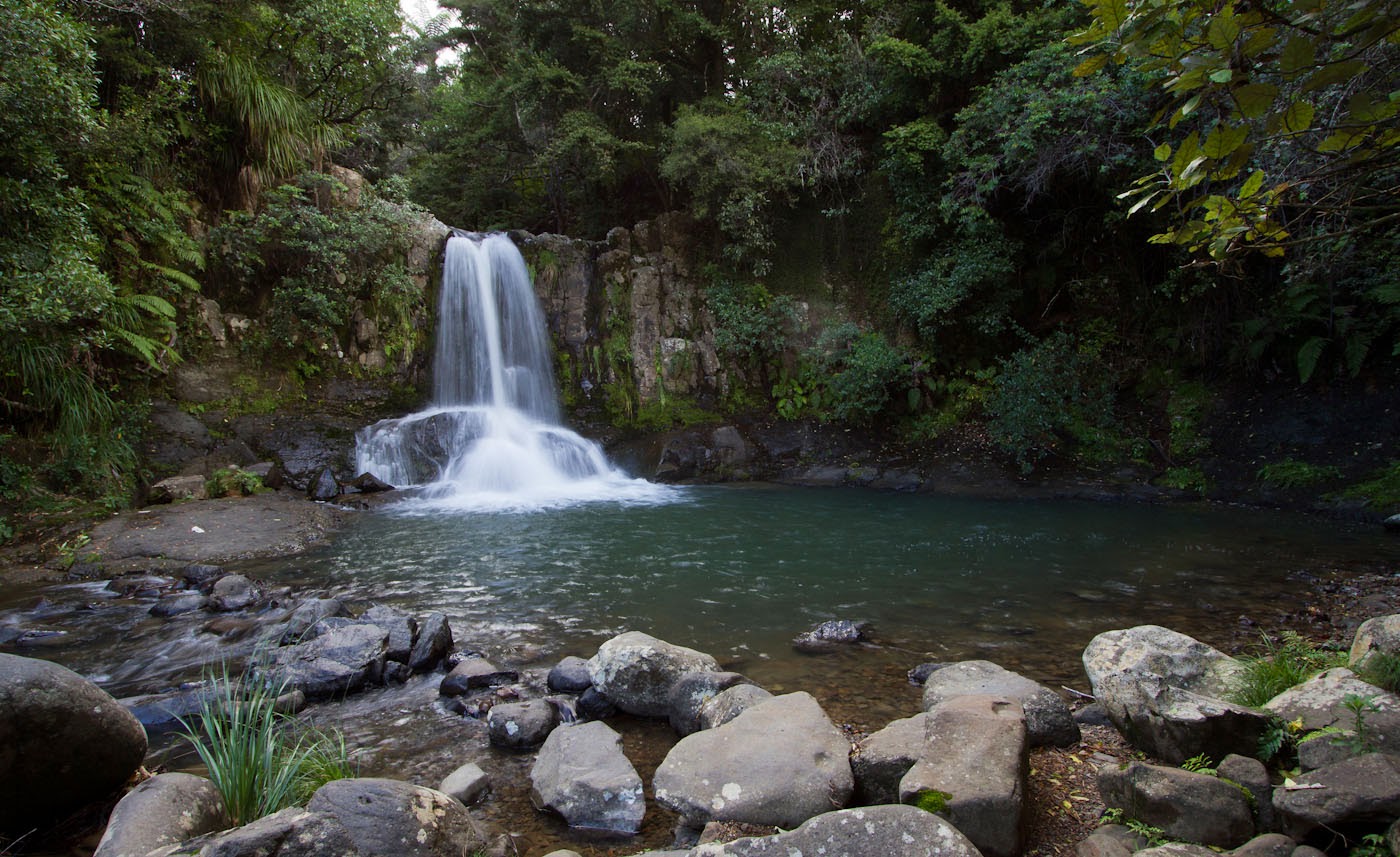 We continued to follow the road turn by turn - rather uninspiring, to finally reach falls of the Waiau River. Nice falls close to the road. Perfect later afternoon light. Several pictures. Definitely a place for a detour. Funny was that the road literally bored us, we had enough of unpaved roads and we had roads that were much more tempting, inspiring and remote. So after that visit and a few more meters Ines formulated my thoughts in words: what about to turn around and be back at the cottage early. 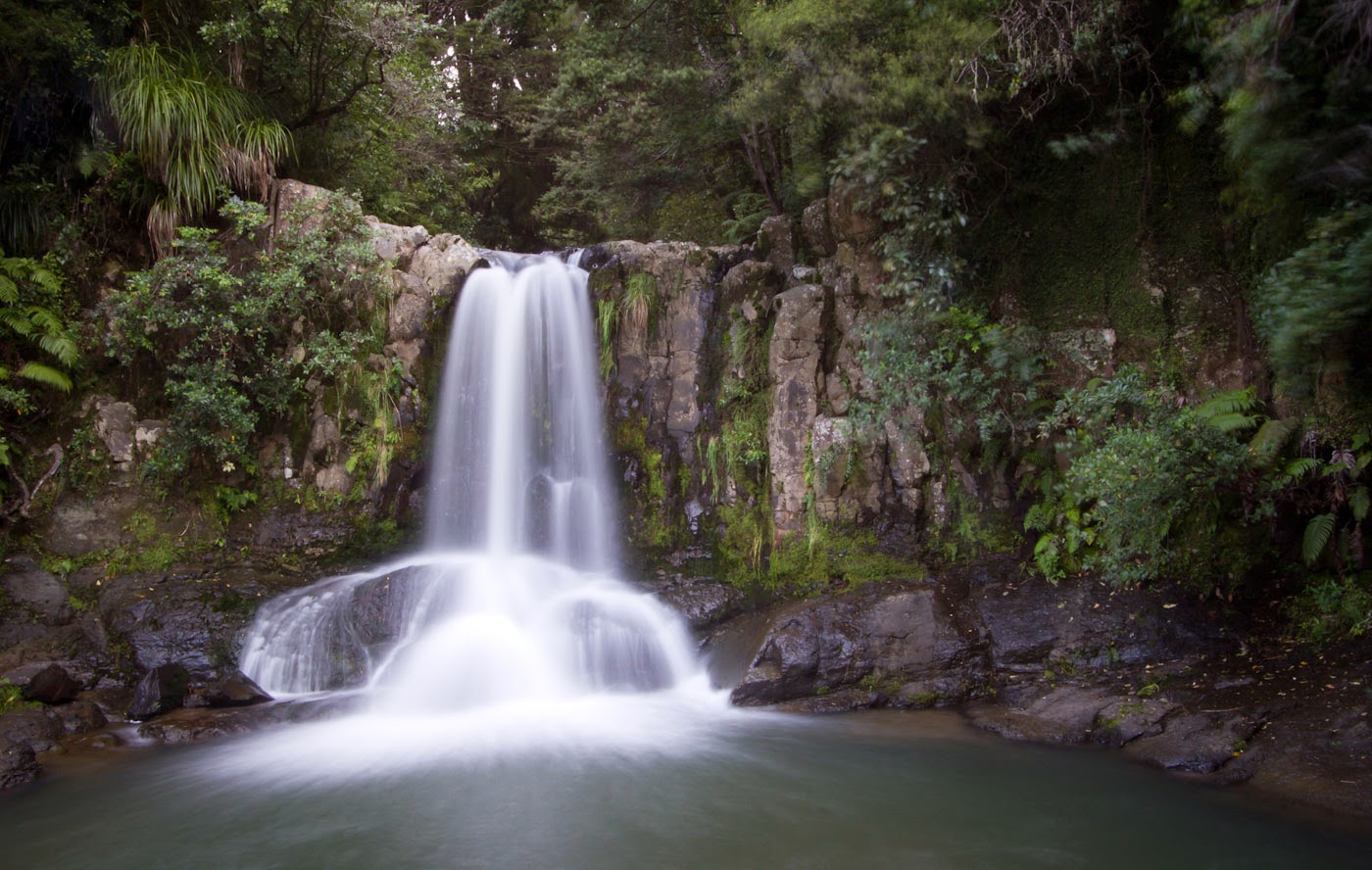 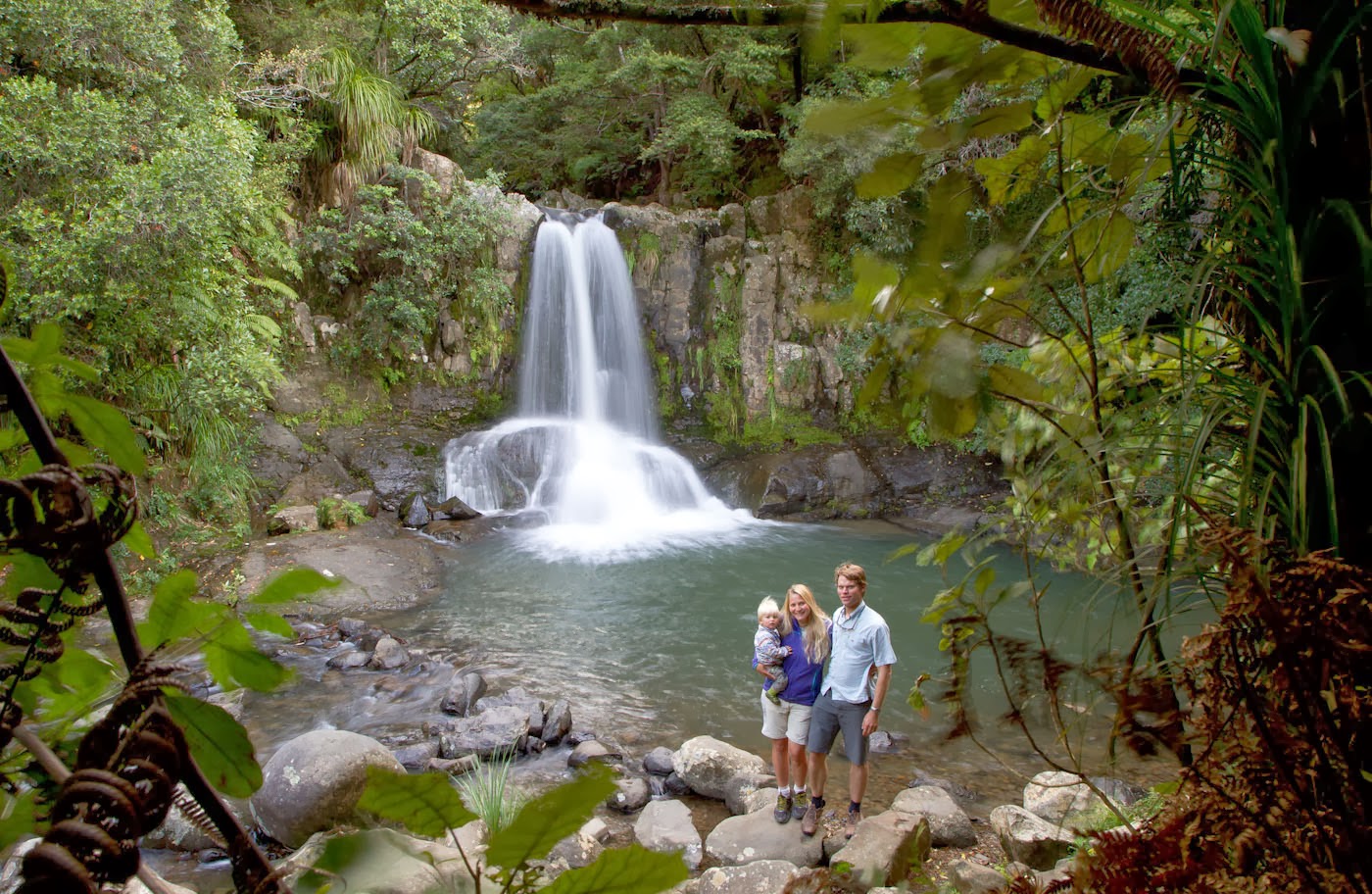 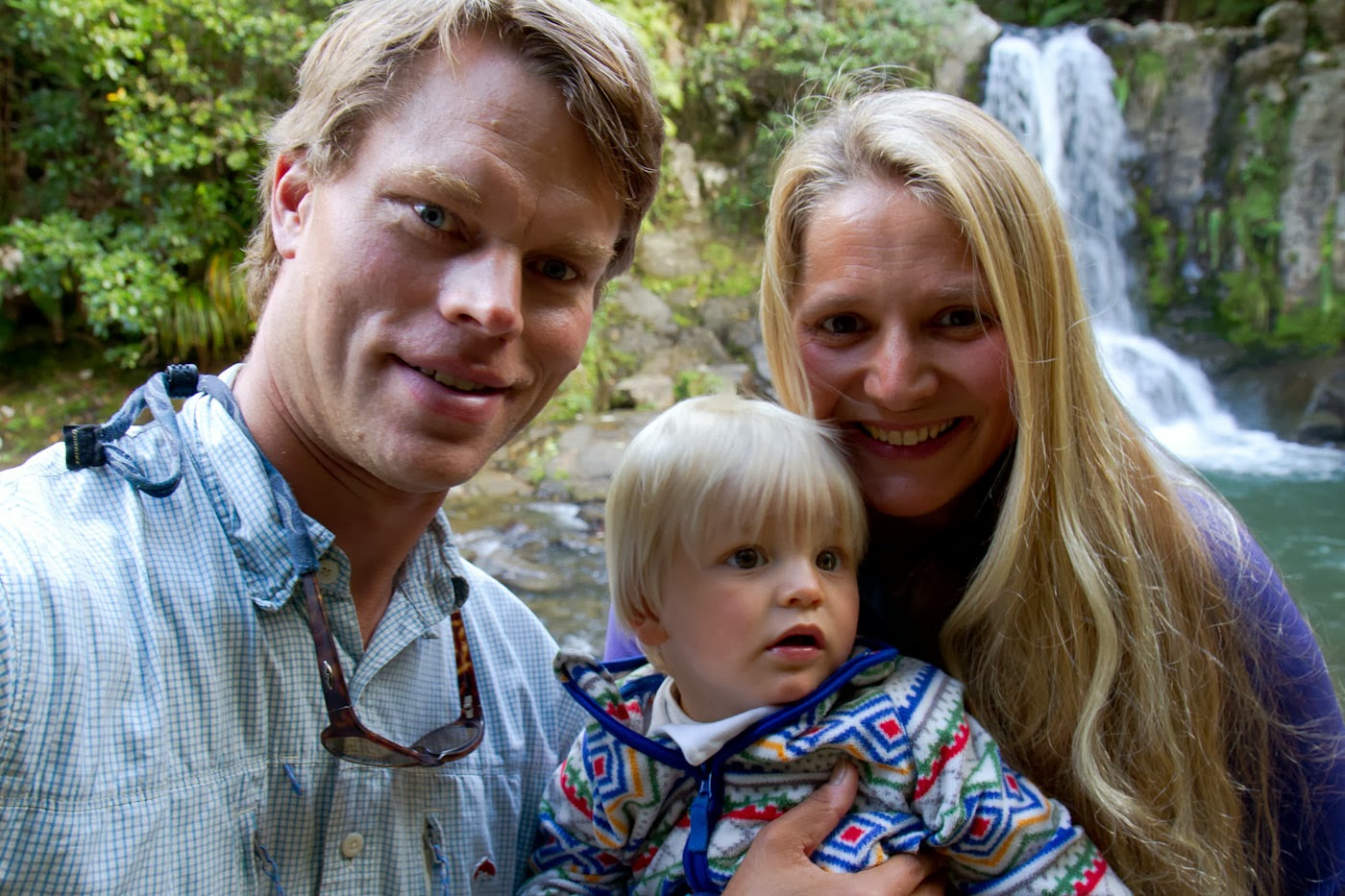 Dawn was not far away and the village of Coromandl on the west side of the peninsula at night could be neglected for now. So we turned round and drove back to our home in Tairua. This night we had the famous lamp chops for the last time on the island! As the electric indoor stove was far too weak to handle a frying pan and in addition had some erratic performance, I set up the approved camp stove and we fried the beloved lamb chops outside on the porch. Again they tasted fine. Sorry for not remembering the accompanying wine... 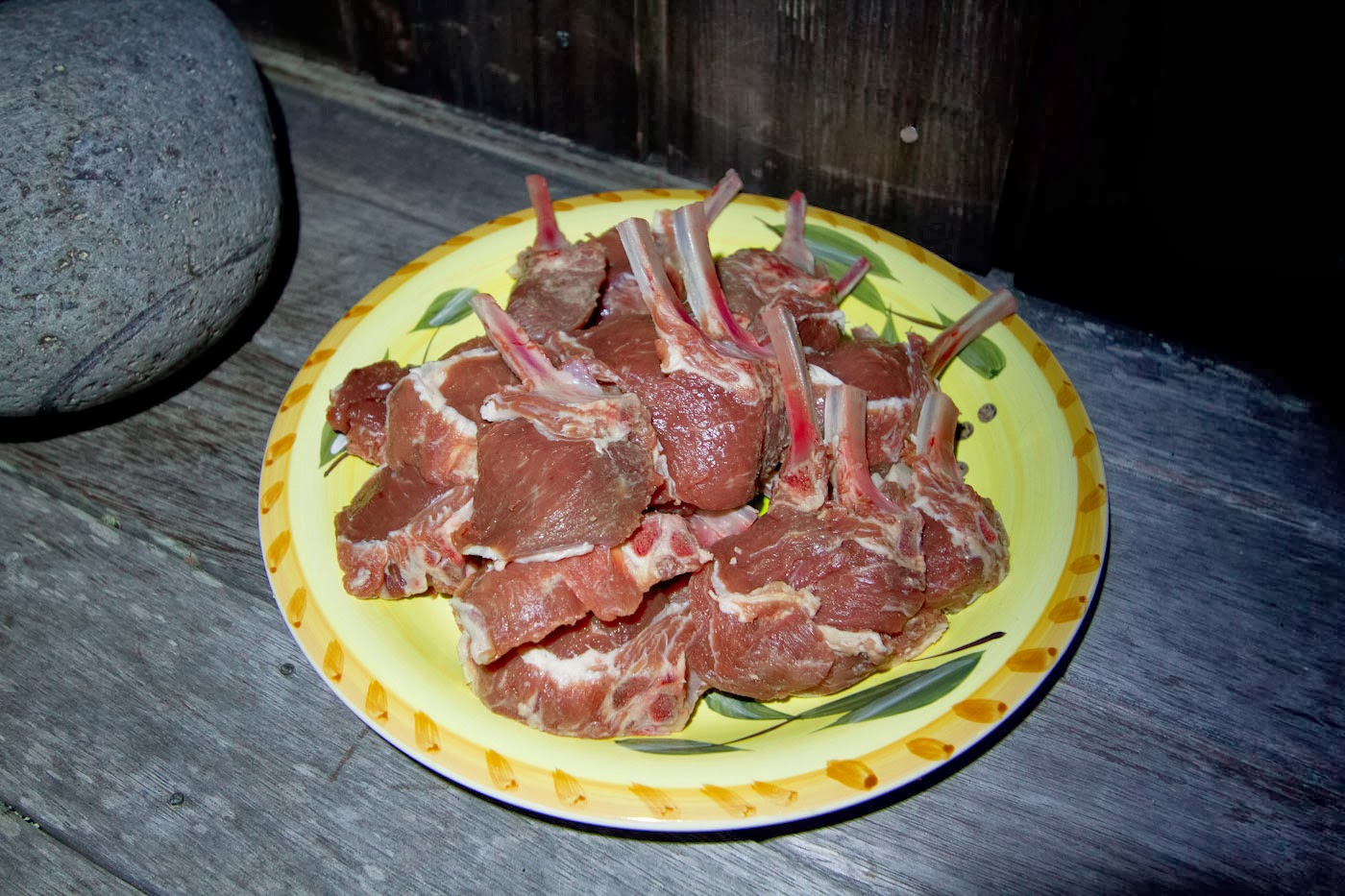 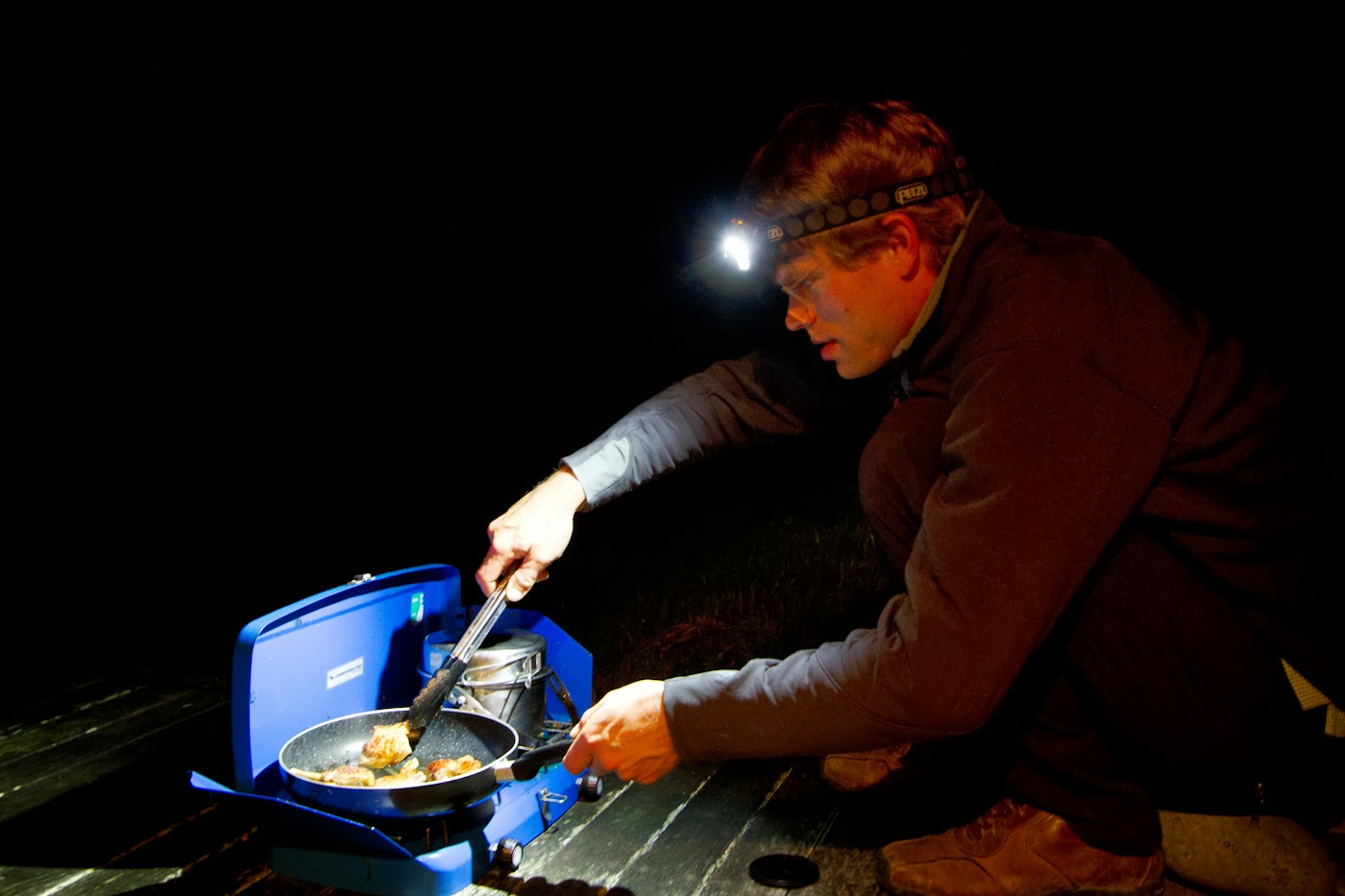 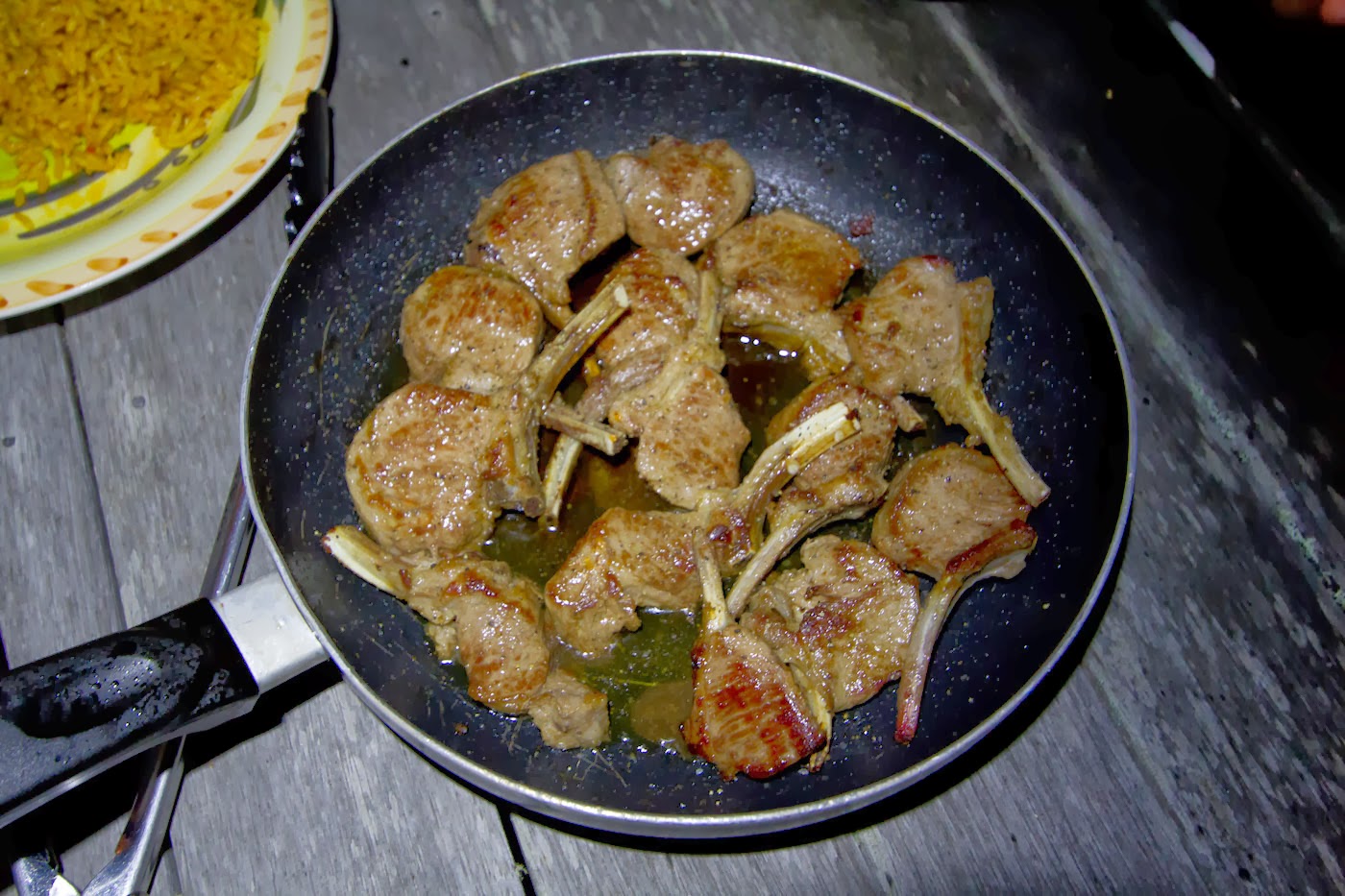 Next morning was pain in the ass as we had to clean the cottage and absolutely wanted to have the bond back. Later the local management lady came and received the key and she had to listen to my long list of complaints. Weeks later we received the bond back. 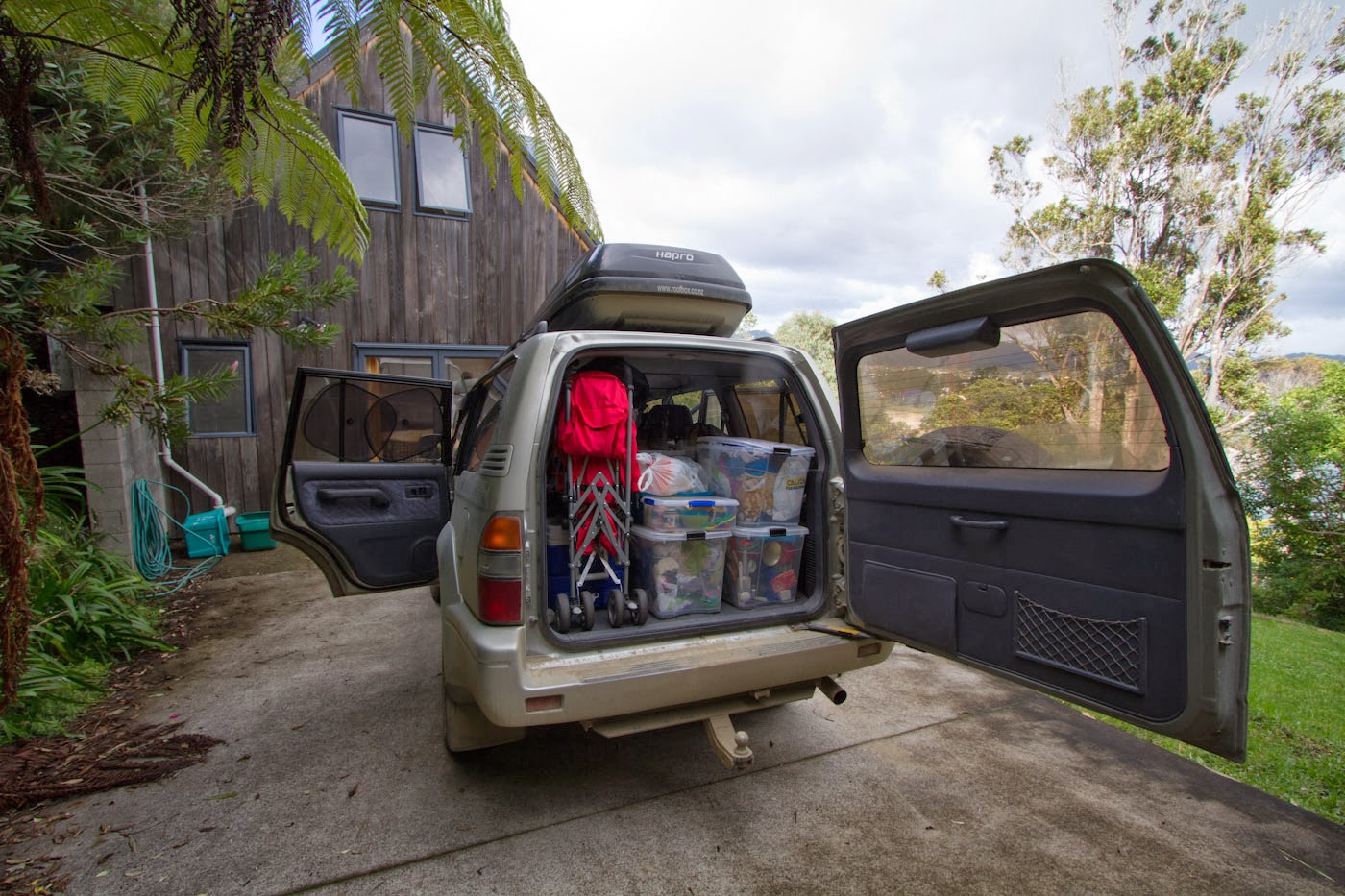 Coromandl made a strong impression on me in terms of beeing the weekend destination of Auckland. Lots of bachs at rather high prices, lots of urbanization and tourists. Again comparing the limited impression we got from the peninsula as on the the highlights of the North Island to the South Island I would have no headache to skip it for other options.

Let's see what Auckland can offer.