This page and blog is about and around the fly fishing adventures and travels by Florian and friends.

2001 - back then the term 'blog' was pretty much not used - I already had my Travelogue about five month of traveling, fly fishing and mountain biking North America. But times changed, traveling time became scarce and travelogues are called blog nowadays. After a long time I was off again 2013 for more than the usual maximum of around four weeks vacations: The destination was beloved New Zealand for 3,5 month parental leave. The question was again: how to inform the interested reader and how to make notes as a more or less personal diary. Answer: Travelogue aka Blog. Thus The Fly Fishing Florian Blog was borne! 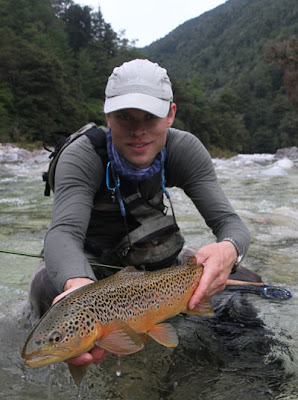 Florian, fly fishing since twenty five years in the northern and southern hemisphere in fresh- and saltwater for species such as Grayling in Lapland, Brown Trout in New Zealand, Rainbow Trout in Montana, Sailfish at the Seychelles, Bones and Permit in the Caribbean, Dorado and Pacu in Bolivia, Steelhead in BC, Marmorata in Slovenia, Arapaima and Giant Peacock Bass in the Amazon (largest GPB ever caught on fly as of 09-2016), Bicuda and many more species in the Brazilian jungle. Enjoying outdoor sports, mountain biking, photography and good wine. Fly fishing is only one of his hobbies, but the one he kind of loves most. Florian is an independent fly fisher only obligated to the most reliable tools, he is Ambassador of Marlo Reels Hamburg/ Germany and ProTeam of FlyFishEurope with Scott Rods, C&F Design and Simms wading gear and persuaded by STROFT. 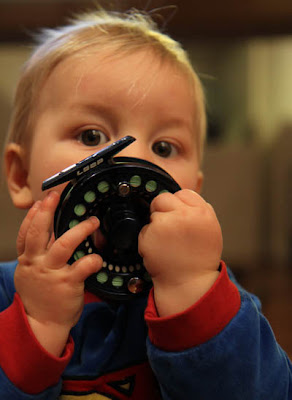 Tobias, my son. Dreaming about his first fly fishing adventures. He is allready an expert on tackle and flies called "Piecksis" and consults his father which flies to tie for the various destinations. Hopefully he finds great joy spending time fly fishing...


* Tobias got a little sister late 2016. As soon as she can hold a reel, she might appear here.