Ahuriri – or where are the fish? 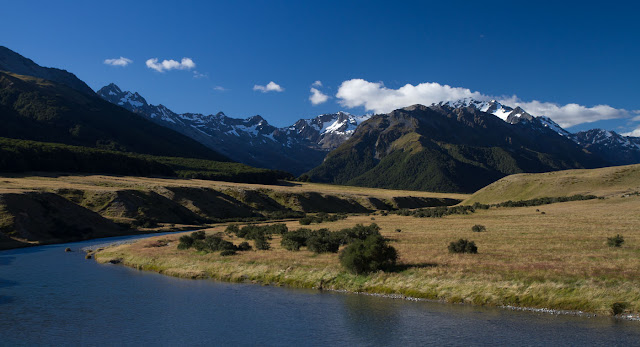 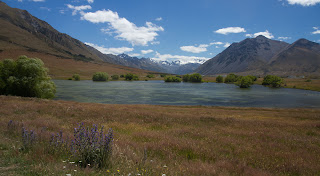 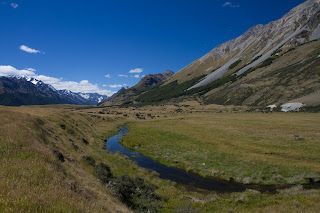 How sun can make a huge difference. The last time I drove just a few miles in the Ahuriri valley it was cloudy, cold and unfriendly weather. This time we had blue sky and sun. And the valley is pretty indeed. Only some years ago DOC bought the last station in the valley, so the river access became easier. For the mid sections permission has to be obtained from the stations. We drove all the way down to the end of the 4WD tracks (which is more like a bad metaled road), hoping that there are some camping spots, but we found that there is no camping spot, so we turned around. A spot close to the river did not earn my acceptance, we drove back to the Ahuriri Base hut, a very simple 6 bunks DOC hut, nicely overlooking the valley. Our idea was not to sleep in the hut, as we might get room mates (it was Friday night) instead to pitch our tent close to the hut and make use of the “infrastructure” (express verbis: water and outhouse). Nice location for the next two nights. 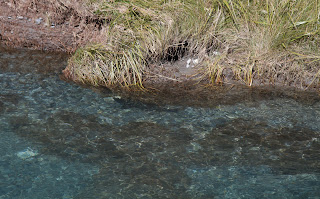 After getting settled, I grabbed my rod and went straight to the river, running into a fish free spring creek, spooking a good fish right at the mouth of the creek to the main river and starting to search for fins in the main river. I only saw literally sleeping fish. Three or four of them, one I was close to catch with the thrown net, I was only short of a few inches. 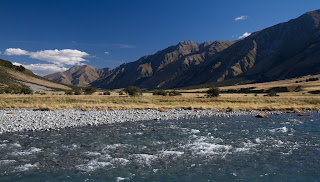 As expected later and late that evening we got neighbors: three on a tramping trip to the Dingle burn on the other side of the mountains and three of a multinational party in the search of dear and Thar. 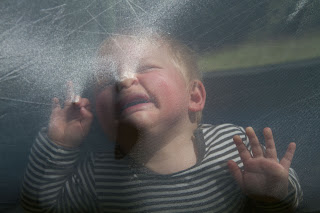 The only action I got that evening on the water was a riser on the wool indicator from a decent fish in a slow side section and one more very lazy rise to the similar looking fly I tied on afterwards by the same fish. Either this fish missed the fly or I the fish, but I never felled him. That was all. And to make it brief the next sunny day, walking 6-7k on the river did only provide the sight of two fish. Visibility, wind, water – everything was perfect. But: on that day I saw around 8-10 fisherman on the same upper part. Ahuriri gets hammered, I knew that before. Still I did not expected to find such a clean water. 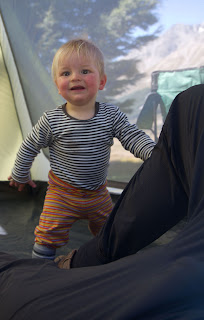 Later I got some explanation for the disappointing fishing situation: the devastating weather and thus floods in the weeks before and the resulting immediate fishing pressure.

That day around one or two I was taking a nap on the stones, waking up, making a few more casts and saw a person on the distant tramping track with a huge and high backpack. From the distance I could not recognize the person but it looked like Ines carrying Tobias in the kraxe, as she wanted to have a hike up there. I decided to quit fishing and take the chance to come to the camp before the defined meeting time in the afternoon. I rushed to catch up to her and was very lucky to reach her before she left with the car.

Quick decision was made to leave that beautiful valley and to head towards Cromwell. Packing the camp just took close to 1,5 hours including coffee. We were getting a routine in that. Our idea was to fish a secret stream in that area, but before that I had to call the guide Bruce Leitch who guided us on that stream the first time three years ago, to ask if he intends to go there this week and what the conditions would be. We rushed out of the long Ahuriri valley via the 4WD and the metaled road and went via Lindis pass towards Cromwell.

But everything came slightly different…