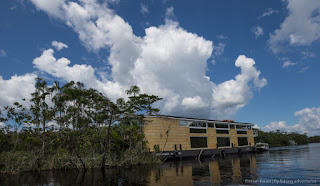 Breno and I took the second plane for the flight from Manaus in northwesterly direction towards Saint Gabriel de Cochuella. The plane was a two engine with six seats. We shared the space only with the pilot, some Russian luggage and a 150kg generator that I was supposed to hold with my feet during takeoff and landing and possible turbulences. The Russian group was on their direct way towards the mother ship Untamed Amazon with the jet engine powered float plane. It is good for two pilots and 8 passengers. From Saint Gabriel we would fly the last 40 minutes to the ship with the float plane as well. The newly introduced float-plane access made the long boat transfer of the first season obsolete. 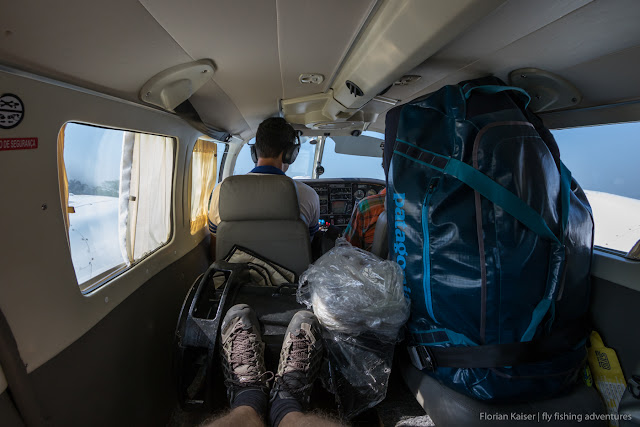 At take-off in Manaus it had a sweating 40°C, no need for any warm clothes. Our small plane took off and gained altitude up to around 7.000 feet. After a while that was kind of chilly and I started to freeze badly in my shirt and shorts. Luckily I had a thin IceBreaker with me. So the cold was not so bad. After flying some time - which in my opinion was close to several hours - my bladder did send some signals that a soon relief would be highly welcomed. It was more than that, it was more like an emergency call from a soon to burst holding device. Asking about the remaining flight time the answer was kind of shocking: One hour and ten more minutes remaining flight time! I probably would not stand that and would cause some spillage. Thus my brain started to find an appropriate work-around. I had bottles on hand, but their opening was much too small to do the procedure without a mess. And as I had no knife I could not cut one in half to produce a funnel. Doing it directly into the ice chest? No way. But I had juice tetra packs that would provide as a funnel as they could be modified by ripping them. And there was the important missing link: I had tape in my back pack I had access to. With and accordingly prepared juice tetra pack, a 0,33l bottle, some tape and a M.Sc. in Industrial Engineering I produced my device for relief. The last problem was to do it seated and concealed from the pilot and Breno because if they would get notice of my maneuver, they would immediately have started to laugh so much that the plane would be in great danger. With all tricks available I managed the procedure and the bottle was full to the neck within seconds containing some characteristic colored fluid. 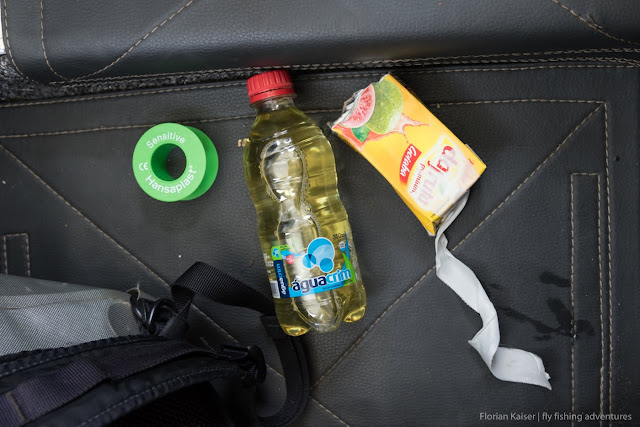 The last hour of the flight went smoothly circumnavigating some big clouds, passing the erratic and impressive granite mountains near Saint Gabriel and touch down at the air strip in Saint Gabriel. After that the running joke was: “Did I mention that I peed on the plane?”

Saint Gabriel is a very basic and remote airport with probably less than five plane movements a day. Reloading to the much bigger jet turbine powered floatplane (including the payload of 150kg generator) and we were on our last 40 minutes flight towards Untamed Amazon. Very smooth touch down on Rio Negro and taxiing to Untamed Amazon – the impressive boat was reality! No fake! I already knew it from the ship yard a year before. In August 2015 before the exploratory trip with Breno to Kendjam (see according blog posts for that adventure) we visited the ship yard. Back then the construction was in its last steps and we saw the plans of the finished ship. But now I could see it in reality, beautiful and impressive at the same time: Untamed Amazon. 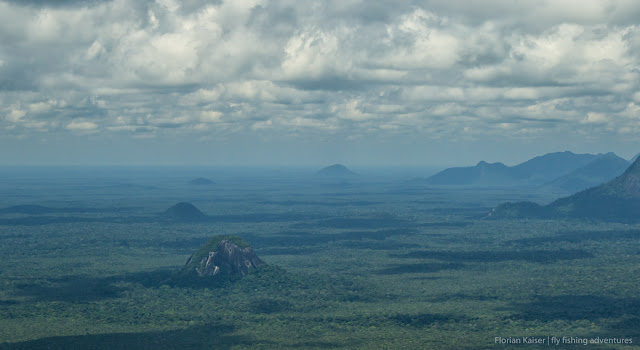 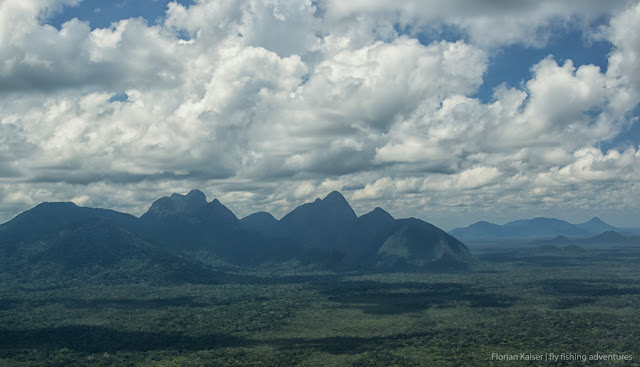 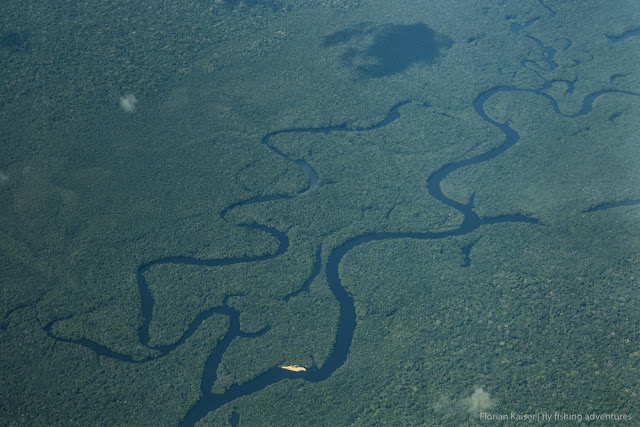 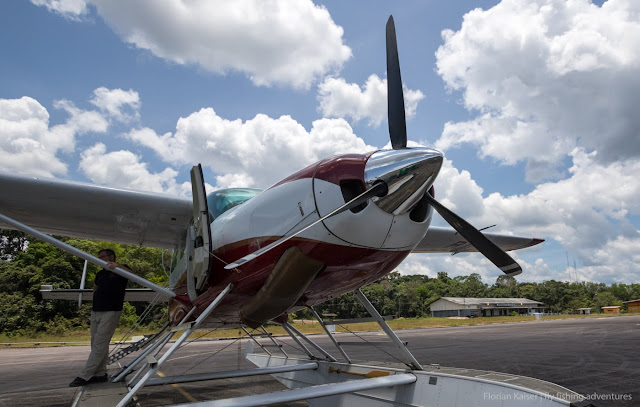 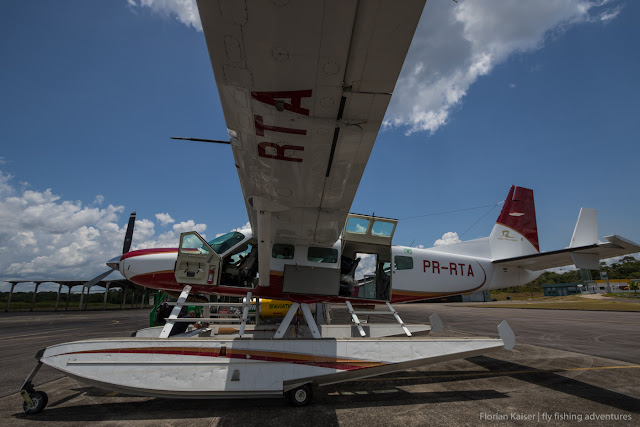 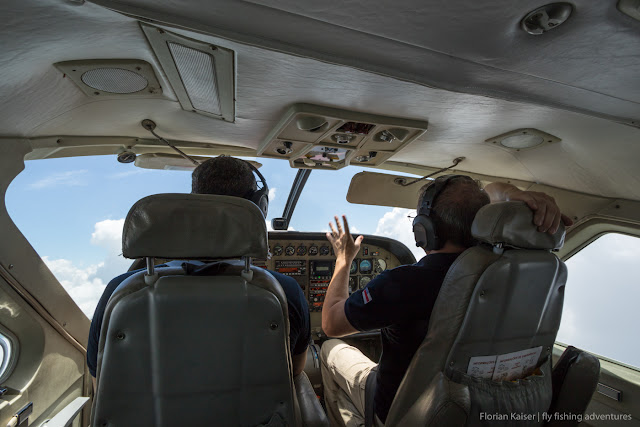 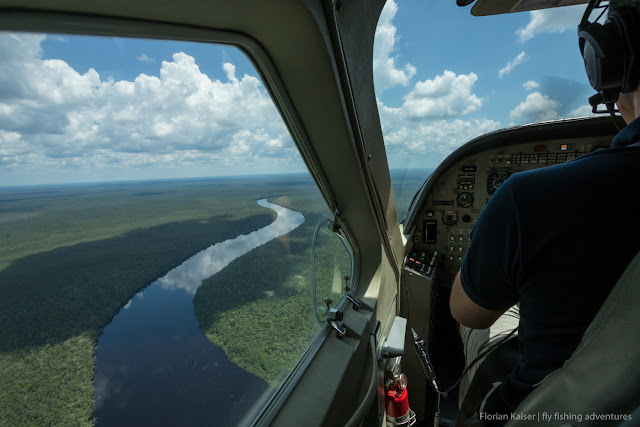 We reached the landing stage on the stern of Untamed Amazon and set step on our home for the next week. Breno and I made home base in the right front cabin, lacking one of the huge panorama windows that are typical for the six main guest rooms, but cooler and les noisy at night. In addition we had our own porch, as we could step outside and had direct access to the small platform at the bow of the ship. As the solar power plant on the ship’s roof, supposed to charge the batteries in its hull during day and powering the ship during night, did not yet work, the generator would have to run 24/7. Making the whole ship sounding with a background noise, not to bad but not exactly silent. In the basement where the ship crew had their rooms it was definitely kind of noisy. Besides that minor and soon to be solved issue, the guest rooms are just perfect. 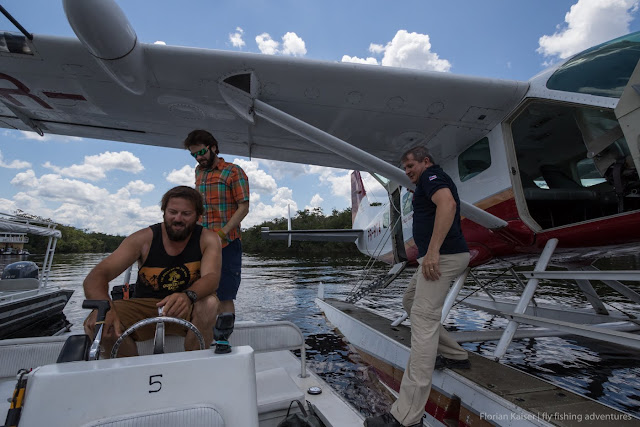 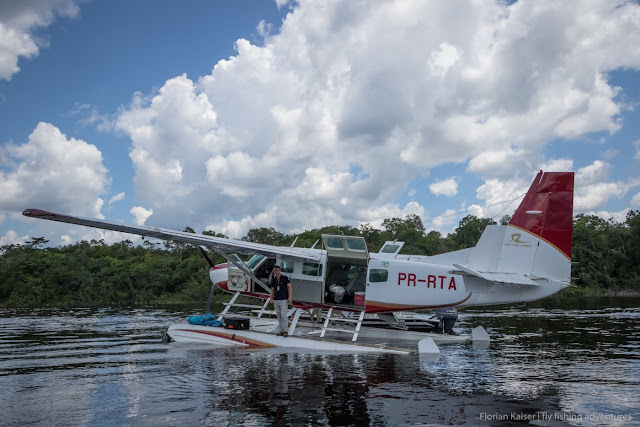 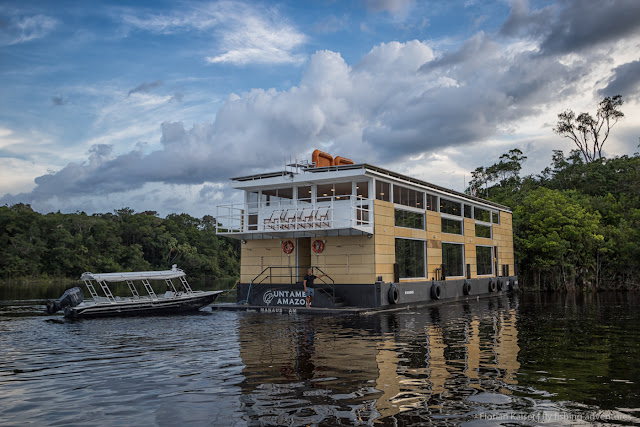 The ship crew is a special topic for itself. To do them justice I will start with them. First and foremost there are two persons that are the good soul of the ship: Manuela a truly wonderful, charming, friendly, beautiful and heart breaking hostess. A hostess every lodge owner or camp manager could only dare to have! She is an avid fly fisher as well. And there is Leandro the chef/ cook that made and exceptional good job, avid fisherman as well; he managed to surprise us every single day. Main course and desert were always a delight, wine and alcohol were plenty and good as well. Besides his task behind the fire, Leandro is the boat manager and in charge of keeping the mood on this vessel at an acceptable level. A task that at times is far from easy.


Besides these two crew members there is Maria Paula the very friendly assistant hostess and the guide team of five avid guides (Agustin, Everton, Marcos, Nico, Pablo (head guide)). During the day on the 20-foot skiffs (very well made, perfect boats! Equipped with bow mounted Minn Kota motors to maneuver and drift the boat silently while fishing) the guides are supported by a local “boatman” as an assistant local guide that knows the river and the fish very well. Untamed Amazon is piloted by Orleans who does an exceptional job as well. One evening Breno and I were lucky to follow a difficult landing maneuver during a pitch black night directly from the bridge. Imagine a totally dark bridge, outside nothing but stars, every now and then a bright light beam was turned on to scan the surrounding and the distance to the banks, the ship moving upstream with around 9 km/h, only few words on the otherwise silent bridge. Decelerating and approaching the beach determined for night-anchorage, very carefully, meter by meter, with that big vessel in the middle of Rio Negro, very gentle contact to the beach and there we were at our spot for the night to come. I was in awe of Orleans. 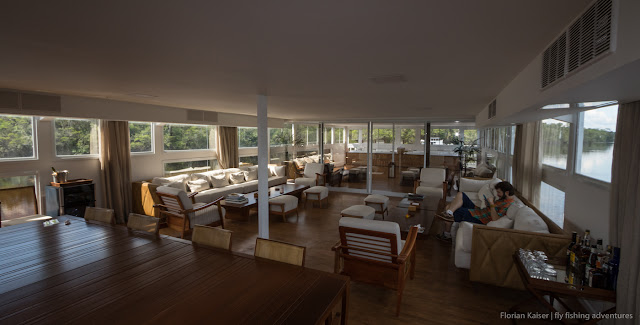 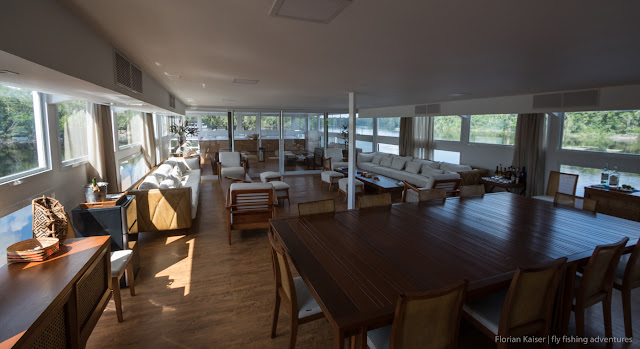