Wow, what an honor to write for this blog ; )

Since Florian went fishing for three days, Tobias and I had 3 days off. So what to do? Tobias already knew the cottage in Te Anau inside out and a nice trip with different people would be good for him and me. I chose the Doubtful Sound. Florian and I had been to Milford Sound years ago and we were really amazed by its beauty. So let’s see if Doubtful is the same!

We started at 10 o'clock in Manapouri with the boat over Lake Manapouri. With us on the boat about 30 other tourists, all were looking at the 'cute little boy'. If Tobias wasn't playing in the cabin or flirting with the passenger he slept pretty well in the baby carrier. At the other side of the lake – (the cruise took about an hour) - all were transferred to buses and we went to the hydroelectric Manapouri power station. 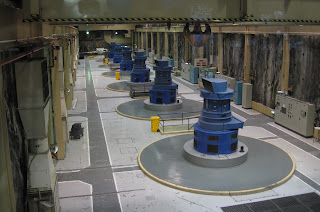 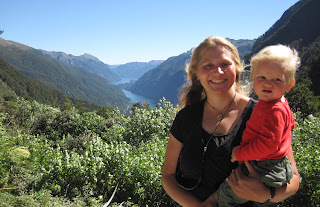 Lake Manapouri water is taken through big tubes down 200 meters to the turbines/generators that are there in a huge cavern 200 meters beneath the surface. The station is NZ’s biggest power plant with an installed capacity of up to around 850MW (equaling around 25% of NZ electricity demand). With the bus we went through a very small and dark tunnel (on the right side! - to see oncoming traffic better) 10 km of winding road down to where the 7 turbines are. Pretty amazing - just a huge cave and nobody in there! It is managed somewhere else.

After that we went on for about 45 min to Deep Cove a Doubtful Sound's arm where the Doubtful Sound cruise started. The road was built just for the power station and finished in 1971. A scenic drive. Tobias did very well.
At Deep Cove we again went on a boat and again it was a very pleasant, calm and beautiful cruise. The weather was just right: a sunny blue sky - what else could we ask for?!  Doubtful Sound is on my opinion almost as beautiful as Milford Sound. And as we reached the sea we were lucky to see some seals laying on the rocks and enjoying the sun - just as we did!

Three hours on Doubtful Sound went by real quickly. Tobias unpacked several times the box with toys that was in the cabin (and mom - of course - picked all the toys up several times  Tobias and me had a real good time. We were lucky with the weather. A perfect day! Just one little incidence happened: on our bus back to the boat to Manapouri Tobias jumped up and down on me and on the seat and finally with his nose on the window frame - a blue little line appeared and reminded us few days of this trip... besides that: perfect day - just dad missing ;-)) 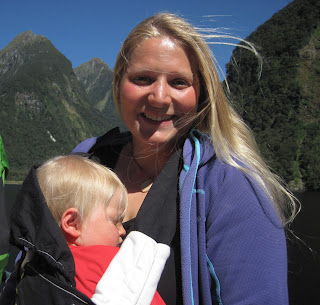 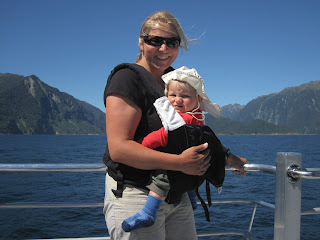 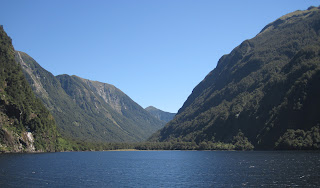 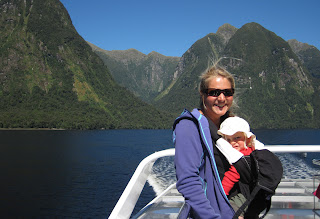