All good things have to come to an end… but there are other galaxies with unexplored rivers!

The last day of the fishing week started. We fished our way back up to the main camp. Catching fish as usual. But usual was not usually as we had two half days with very slow action. It turned out - thanks to Steff's watch with barometric pressure graph - that in both cases the air pressure dropped massively. There was no weather change involved, just pressure change made the fish behave differently. I never believed in such influence but that coincidence was striking as both boats observed it. 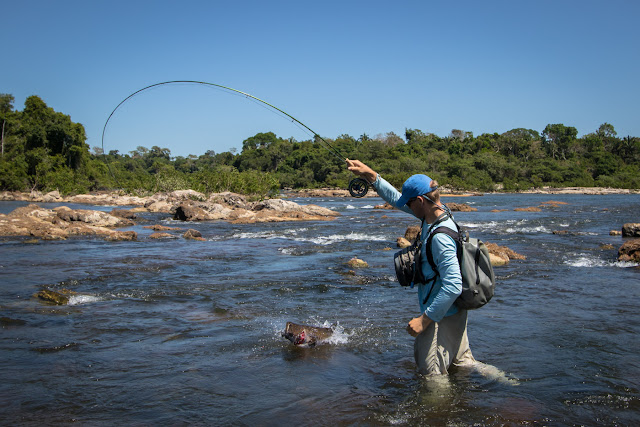 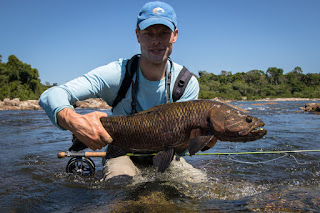 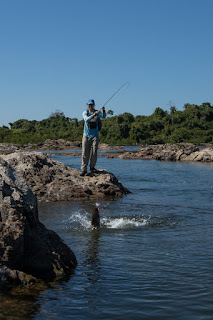 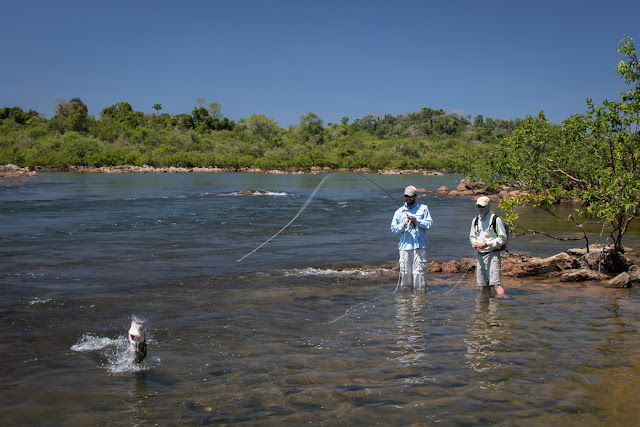 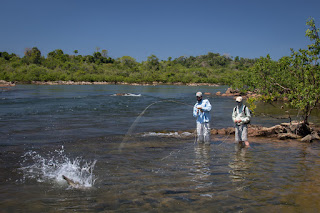 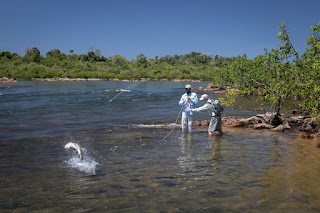 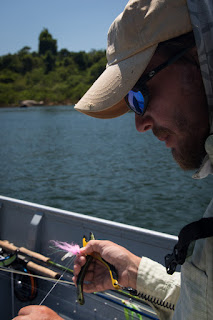 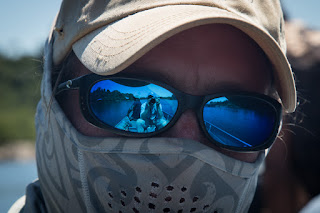 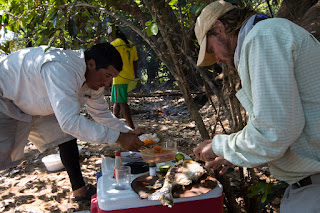 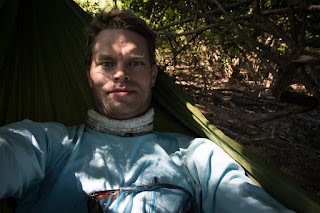 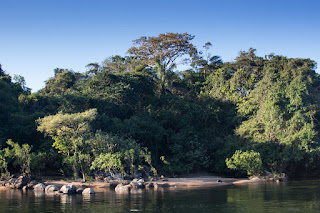 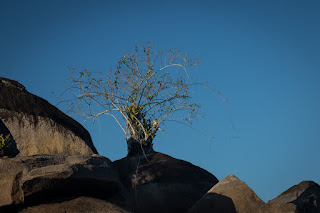 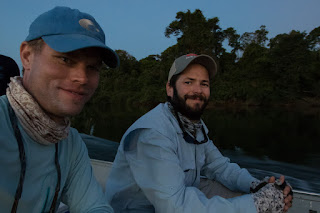 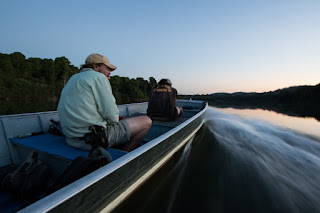 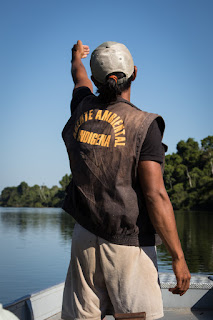 We all packed our belongings for an early next morning start back to Kendjam. That night the Kayapó Djokrô approached Breno to teach him some more English phrases. Djokrô is the son of the village chief Pykatire. A family that might indeed have the mindset to foster development and make wise decisions. Djokrô was the most interested, approachable and open minded Kayapó of the mates that guided us. Thus this evening we explained him the basic principles of steering a boat while fly fishing such as the constant distance to the bank, holding the boat at good spots and the clock scheme to give the crazy tourists hints where to cast. Breno recoded the phrases in English and Portuguese on Djokrô’s smart phone (!), he was highly motivated to increase his knowledge. At the same time he sold us a couple of more Kayapó bead-bracelets.

Are we supposed to influence their strong culture in such a strong way as we already started? Should we deny it and leave them and wait till their land is destroyed by exploration? Wouldn't be a sustainable form of tourism the best way to those people, this unique nature and thus to protect it? Wouldn't their culture change anyway during the next years with smart phones already in the village?

I sat long into the next day under this marvelous sky full of myriads of distant stars, the Milky Way and millions of other galaxies, some of these galaxies with planets such as our blue ball… Do these worlds have such a fun think called fly fishing as well? Could you imagine tour planet without the gift of fly fishing?

I sat outside on the big sand bank our camp was located on, thinking about such crazy questions, gazing at the stars and the Milky Way and thinking of that magnificent experience we all had here sharing the Iriri River, the garden and source of food of the Kayapó. We shared their land and home for a week of many impressions that were burned deep in our memories ready to be remembered in such moments of grey dull mood that make us want to escape to pristine flowing water…

Writing these lines I was just slightly missing a glass of red or a cigar...

... to be continued with the last part. 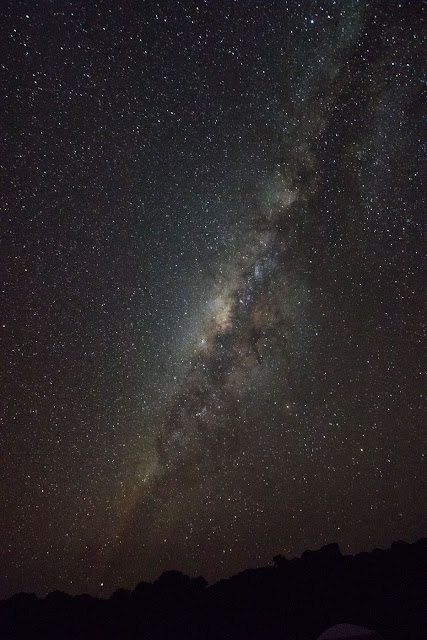