Early the next morning I had to follow the call of the nature, walking a stretch away from the camp, positioning myself on the bush line, I rose my eyes towards the sky and discovered Cassiopeia and my beloved Orion (from European perspective upside down) and in that very moment a decent falling star made its way right through Orion... I was just shivering and in love, respect and grateful for that moment. That perfect moment had a very deep meaning to me in just one second it condensed much more than could be described by words... 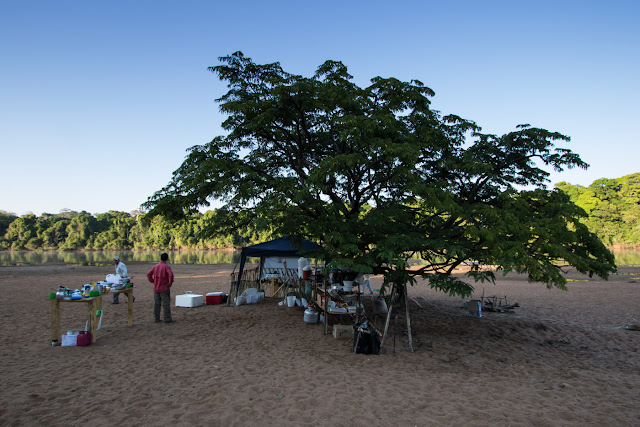 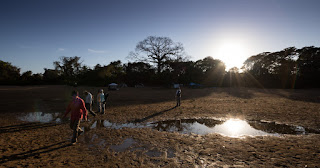 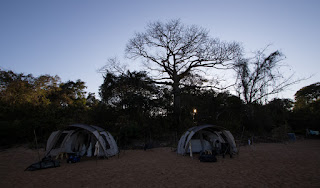 We left the camp around 7:30 in the morning to push our way back towards Kendjam. And pushing was literally the case. As the river level was dropping fast during the last days some of the sections where tight and shallow demanding us to walk besides the boat. Or in my case to help Ramiro and the two Kayapós in our boat to push the boat back upstream through the rapids and low sections. As the Kayapó had no sturdy shoes and even lost their sandals they had a hard time to pull and push the boat. We had the one or other tight situation with the boat more dominating us than we the boat. Thus it was my turn to help and bring in some energy, sometimes pushing or pulling the boat faster than the Kayapó could follow and a couple of times even fast than Ramiro. That was the physical work out I was waiting since a week. 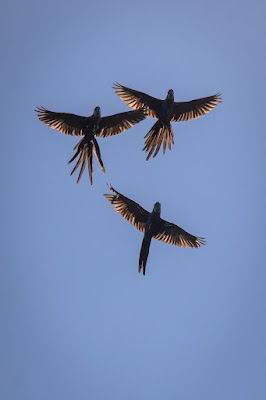 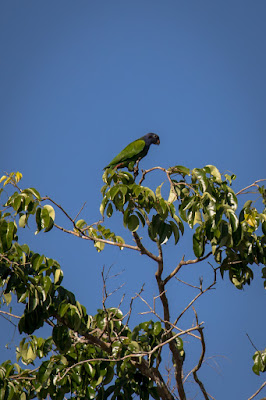 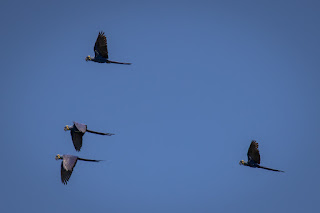 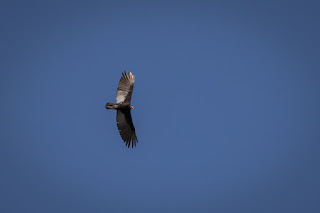 Looking back I am sorry that I was upset in that moment about the Kayapó as they were more than once more interested to look for turtle eggs, following the call of the nature or just not showing a sign to catch up to the boat. My upset mood was wrong. What is time to them? There was no need or even logic reason for them to push as hard and without shoes they were slightly handicapped. Right in that moment I did not understand it. But there is no right for us to force them to accept our way of thinking.

I am sorry for that. 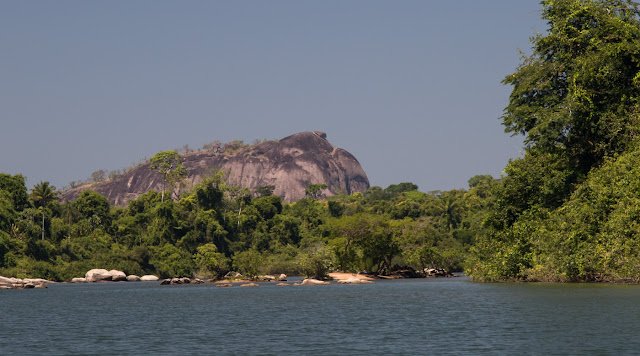 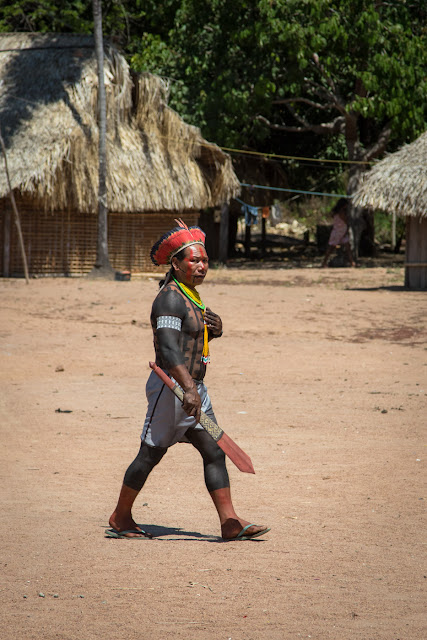 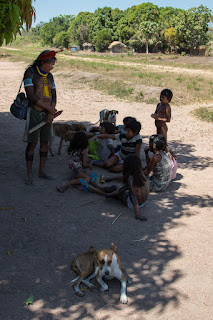 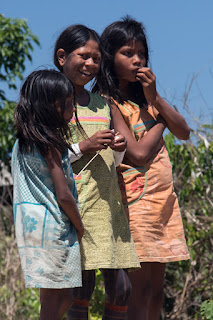 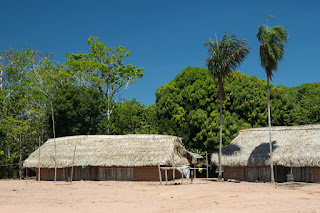 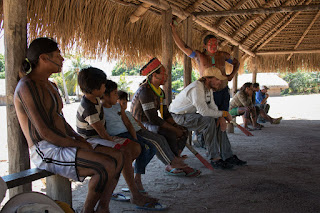 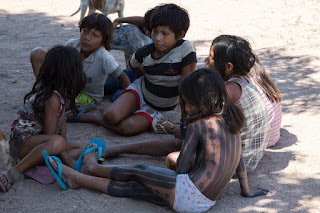 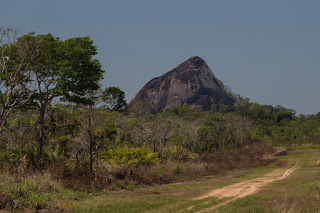 After a long boat ride or boat push we reached Kendjam, the way back up to the village took us close to 4,5 hours. A good preparation for the flight in the small airplane of 3,5 hours.
At Kendjam we were received by the village chefs and guided to the central house to tell them how much we liked it to have been guests in their garden. As only Breno could thank them with less language barriers in Portuguese it was his honor to express our thank and awe of their nature and culture.

Later on Rodrigo told us that Chief Pykatire Kayapó said to him while setting up the whole idea of Kendjam Fly Fishing some years ago, that the Kayapó would allow the white man to visit their Garden, but not to sleep in their huts.

For Chief Pykatire and the whole tribe it was of high importance that we took good care of the Iriri River, its fish and the nature and would did not do any harm.

As the Kayapó slowly adopt the meaning of money - 'sad leaves' as they call it - they were more or less eager to sell some of their crafted hunting clubs and artisan bracelets and necklaces. I could not resist buying some more of these characteristic and beautifully crafted bracelets. 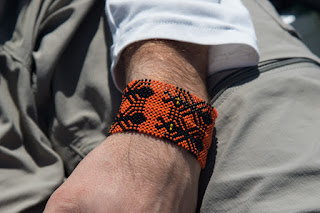 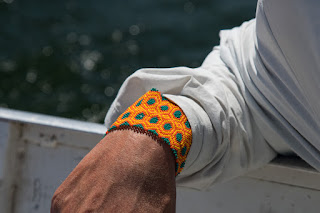 As there is a school house and several satellite dishes and even a pay phone in the village the regular contact with the world outside of their community is obvious. It will change their live and eventually year by year their habits and trades will change.

As even in that remote village soccer in general and Bayern München are well known and part of their culture as well, I received a special Kayapó nick name: "Florian sete a uno" that means "Florian seven to one" based on the legendary match in Belo Horizonte where Germany won seven to one against Brazil in the world soccer half finals 2014 (Germany later on won the Championship).

Eventually the engine sound of the approaching plane became louder and louder. The twin engine plane touched down and spit out the next group of four American fishermen. As the globally traveling fishing community is small there were some contacts or well-known faces and hellos.
Bye bye to Kendjam! Thank you so much for these unique impressions!

We entered the plane and had a bumpy take off over Kendjam, the characteristic Granit monolith two kilometers away from the village and set course to Nuovo Progresso. A village that cannot be described, hot dry in the middle of nowhere. It is supposed to be more or less kind of capital of jungle destruction, mining business and agriculture. We refueled there and loaded a copilot. Copilot and pilot where flying the next two hours blindfold as the front window was covered with a sunshield and where talking constantly about topics that were strictly located under that line where fishermen usually wear their belt... 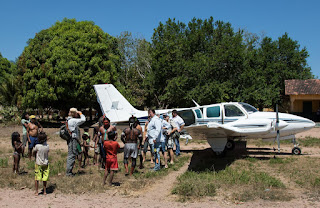 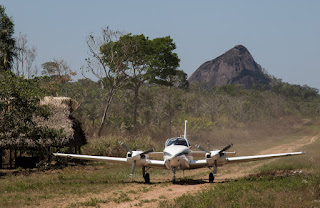 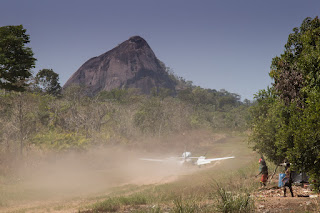 That was Kendjam with Untamed, exploration season 2015! A great, a marvelous experience!
If you are a seasoned traveling fly fisherman, able to cast a popper more or less precisely a whole day, thrilled by new experiences and variety of jungle fish and are not shy of sand between your toes: that is for you, secure your slot right now! Contact me for further assistance, guidance and reference. 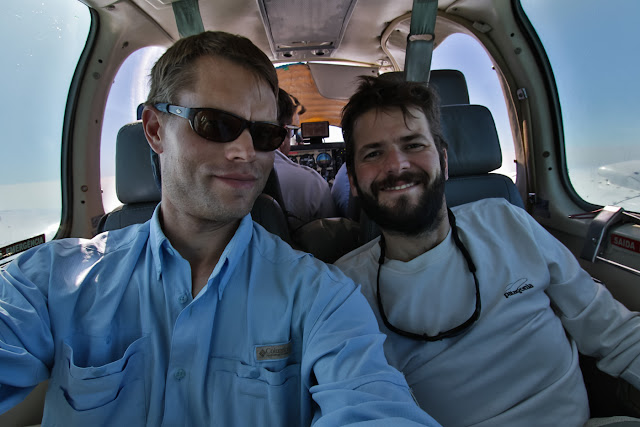 My main love will be more with New Zealand trout, I love the visual aspect of sight fishing in absolute clear cold water and the slightly lower temperatures their so much, that I would choose NZ if I had to. But that is me and only my personal highly subjective opinion of a NZ-addicted fly fisher hunted by water…