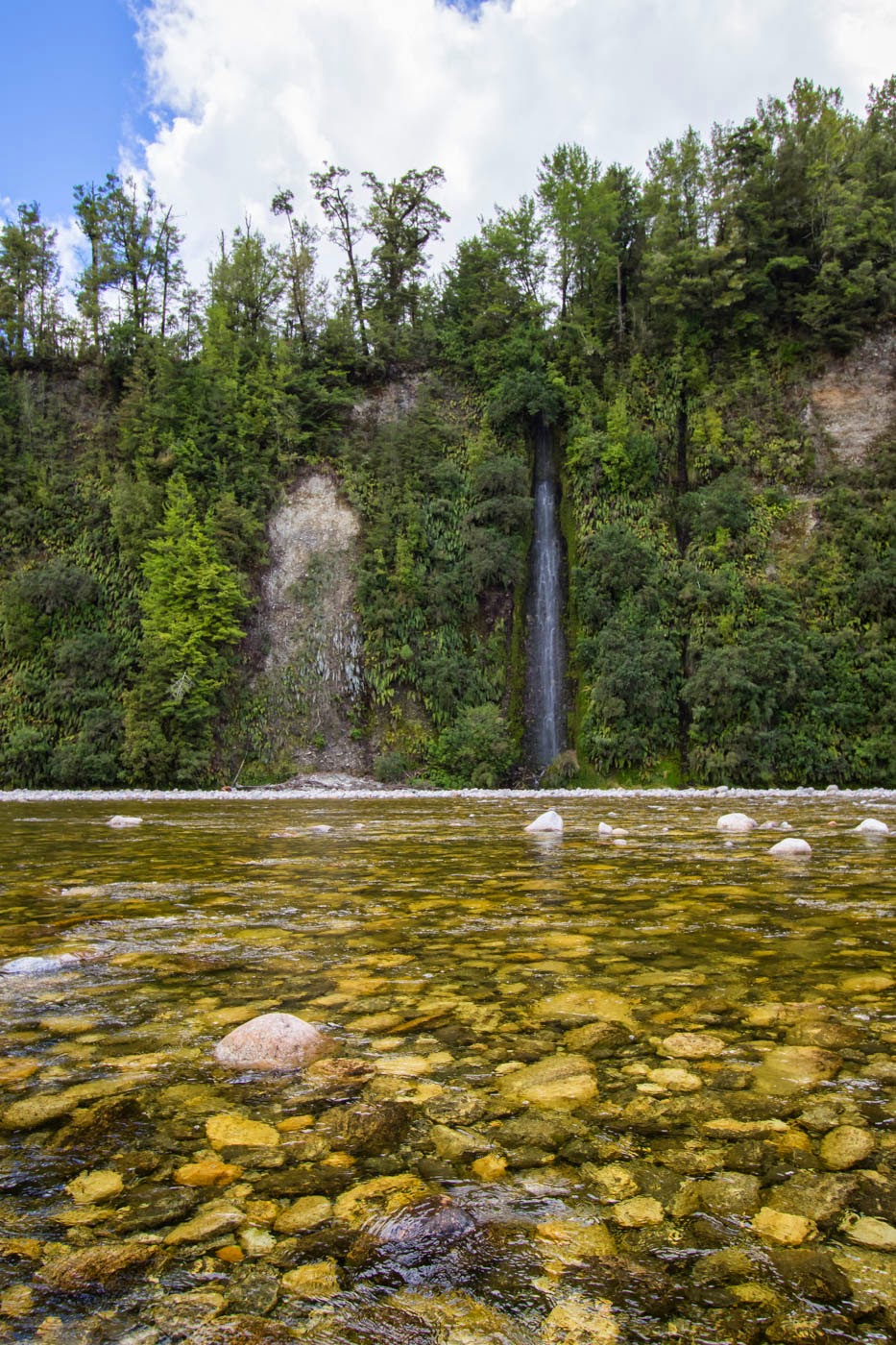 Driving to the somewhat hidden access I was lucky as there were no fresh tire marks and there was no car on the access, thus this section of the river might have received some rest. Recently unfished water is an important aspect in NZ - try to fish fresh water! In case you fish with a guide, he (most of the time it would be a him, thus he) should take care of that and make a couple of calls to colleagues to find out where to go. Still sometimes fishing behind somebody might work on some rivers and still catch a couple of fish but it is far from good and should be avoided.

To my surprise it took a while at the river till I could spot the first fish. Last time I was there, the first pool had two fish and the first was caught with the very first cast. NZ is about sight fishing, blind fishing I do at home enough and thus I was reluctant to fire out a few blind casts. But in that case it later was the ticket to two above average fish of strong fighting 7 and 8lbs on nymph. One caught in a pool where I was lucky two years ago. All fish were of exceptional good condition, no sign of mice diet but just normal deep wonderful shiny browns.

Further up in an infamous pool where the fish are sometimes easy to spot and sometimes very hard (this time) I finally spotted some and got shots on them but no takes, in the end I was successful to spook them with my casts from the bank.

My first thought about the 8lbs fish was that it must have been foul hooked as it was pulling line as hell against the current and a tight brake. It was not foul hooked; it was just made of solid muscles and power, trained in exceptional wild natural environment. 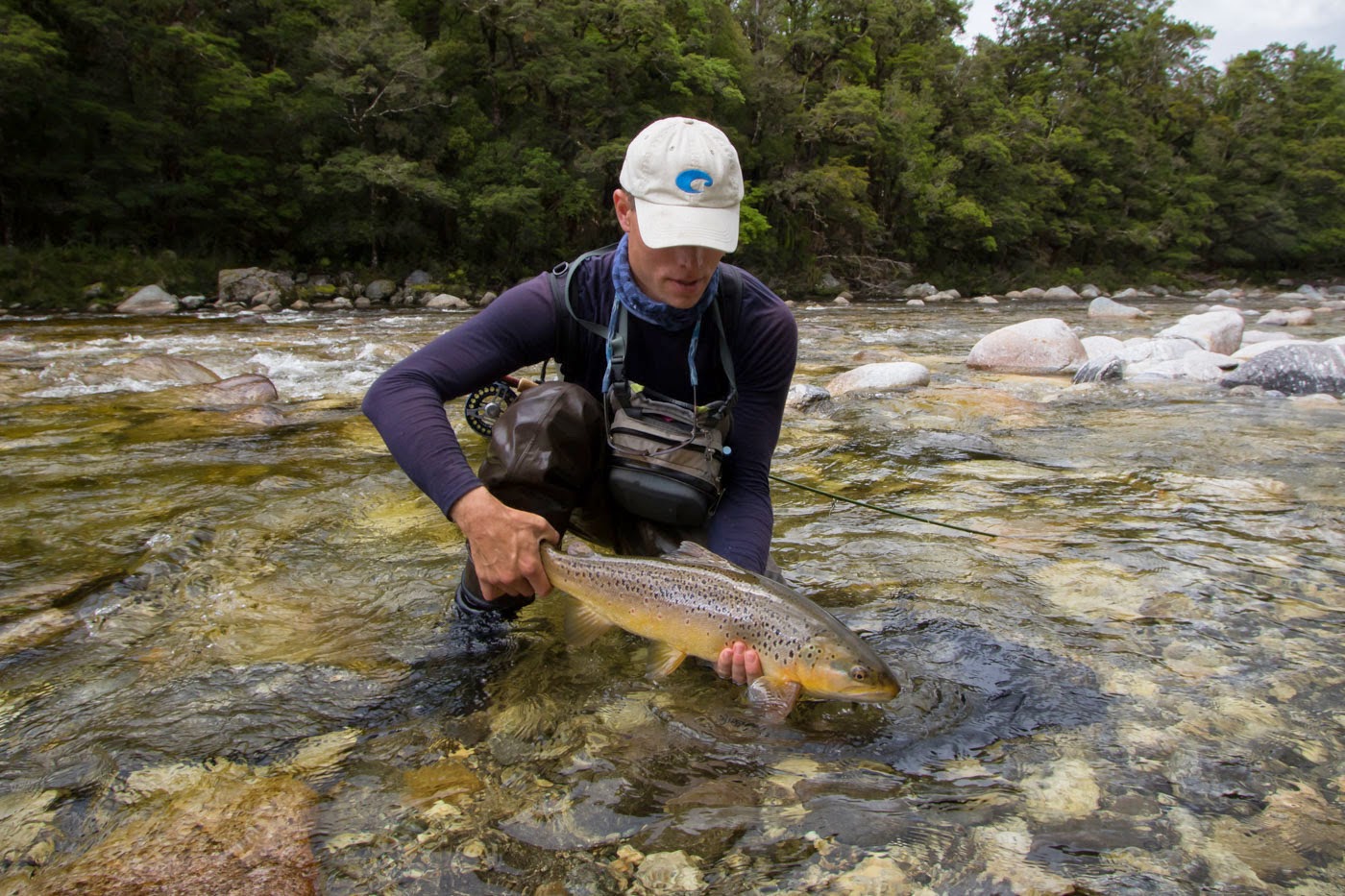 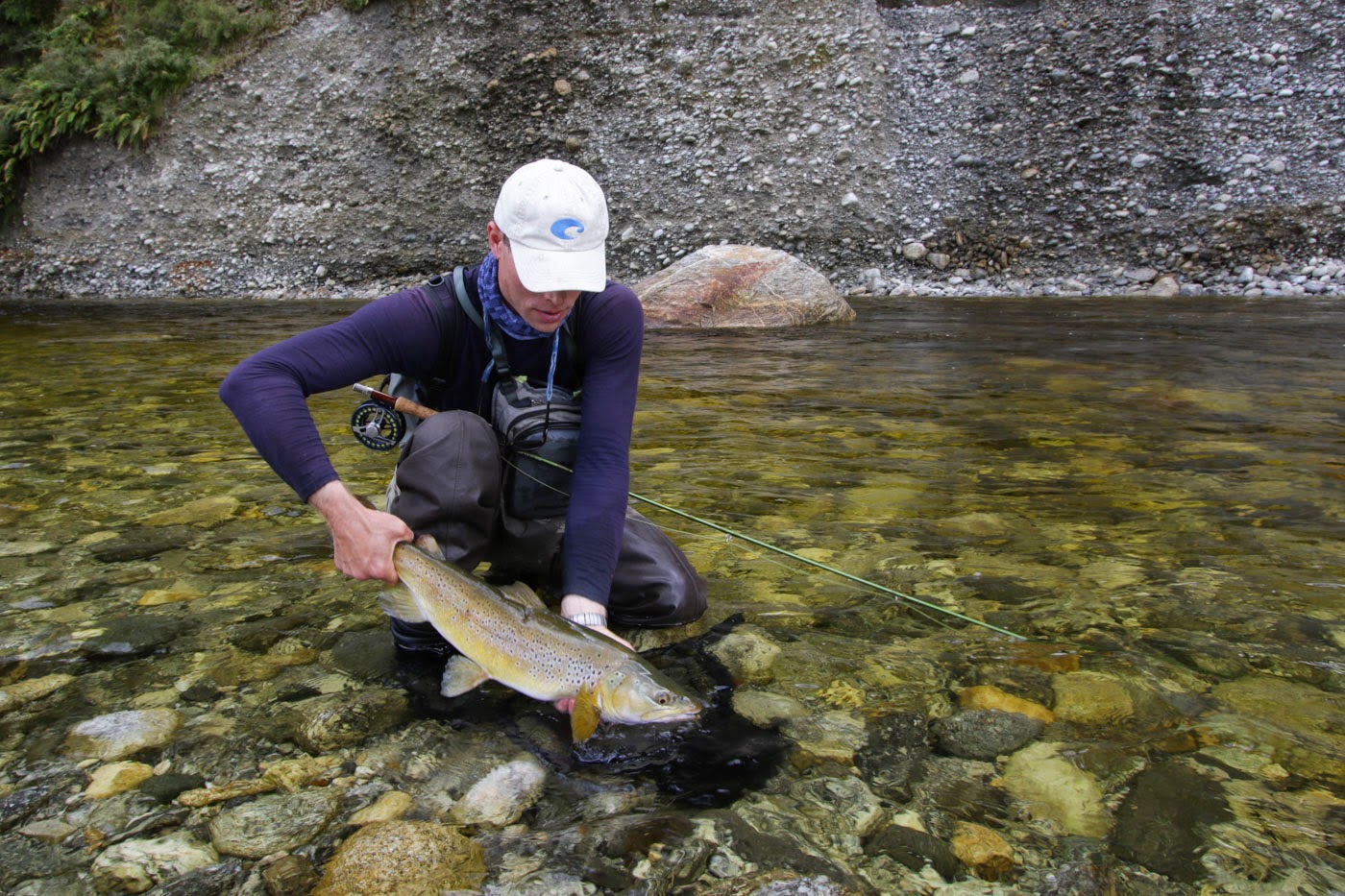 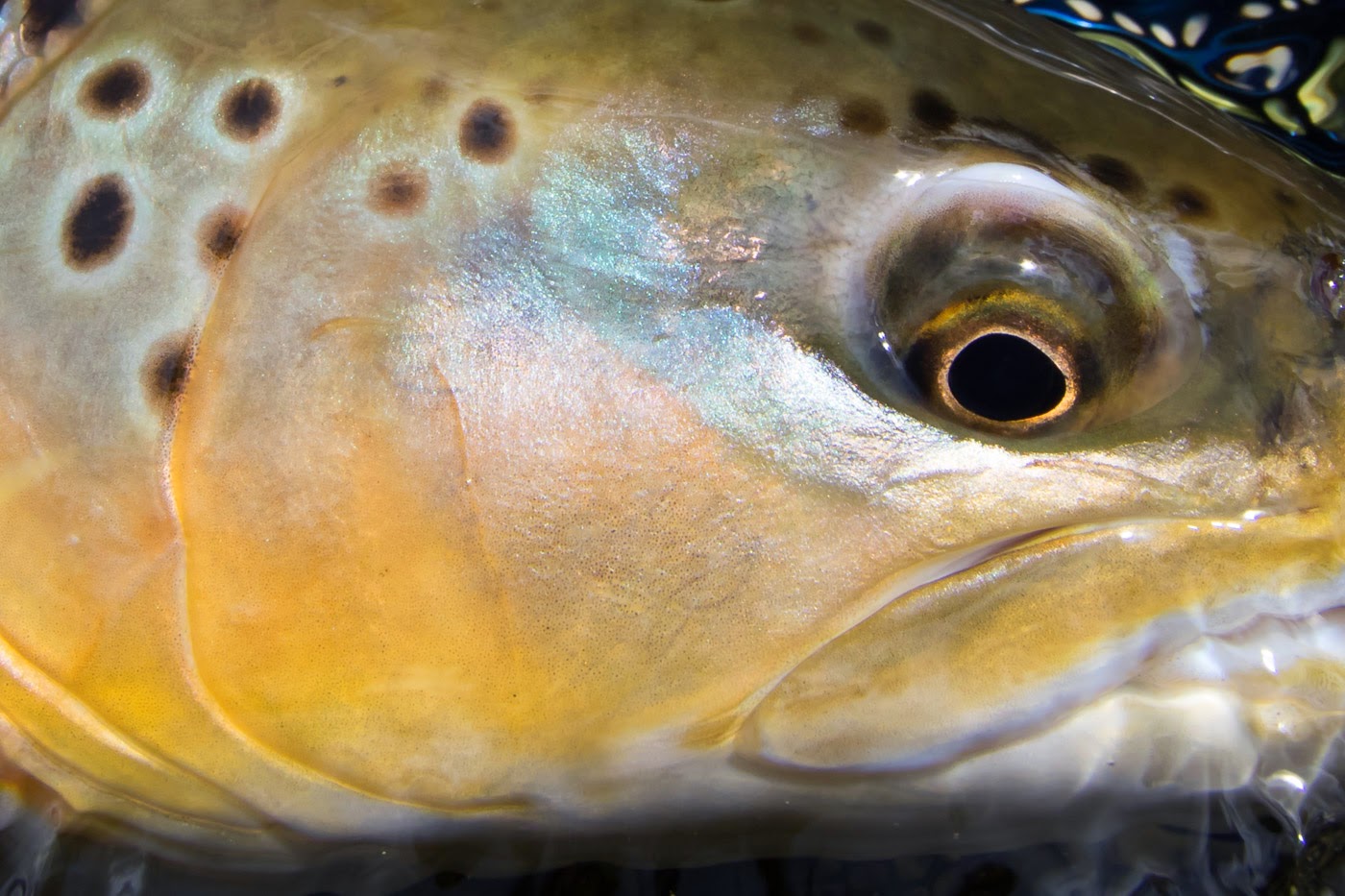 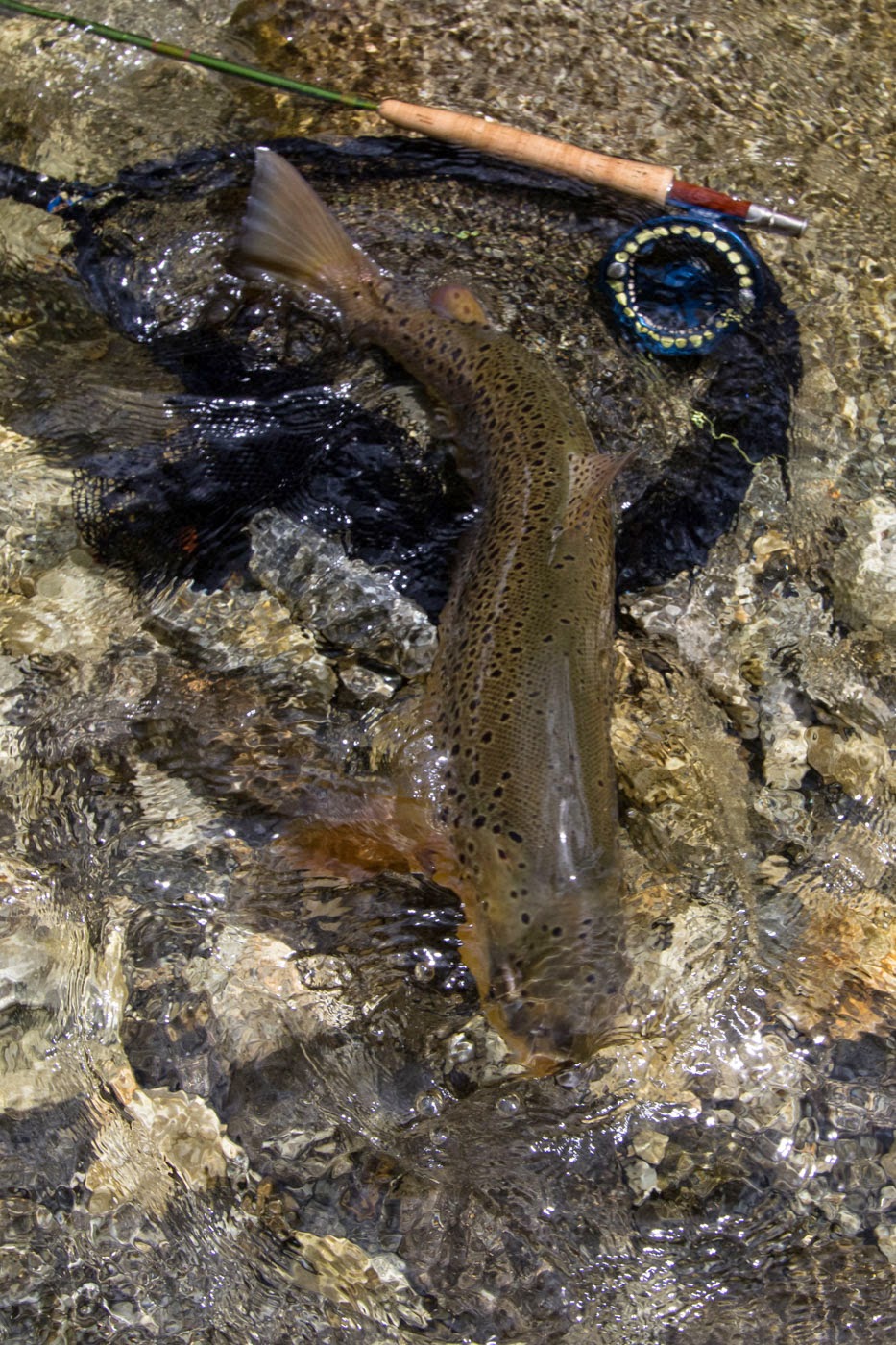 The river further upstream had a section that is rather complex to fish as the whole width is likely to hold fish and the spotting could be only done from a very short distance. The third fish I finally managed to spot, was just meters ahead in fast 80-100cm deep water, the brown was literally attached to a medium sized boulder but it was heavily feeding. To catch that I would have to get the size 12 nymph down very fast and accurate without a long lead. I set up a double nymph rig where the heavy fly was double tungsten pulling the smaller fly down like a stone. My delight was high as this setup suddenly stopped in the current and the fish was on. It was the smallest of the day with 6,5lbs.

Fourth and last fish of the day was at around 10am on the virtual orientation clock (12am would be straight upstream) just around 6-7 meters away. Landed and 7lbs came to the net, the brown showed a remarkable pattern and coloration. This again showed that sometimes the close distance might be the way to go in case fish are not spotable from say 12-15 meters distance due to light or natures camo.

As usual I took and unintentional dip in a notorious pool. I never mange to come out of that river dry. 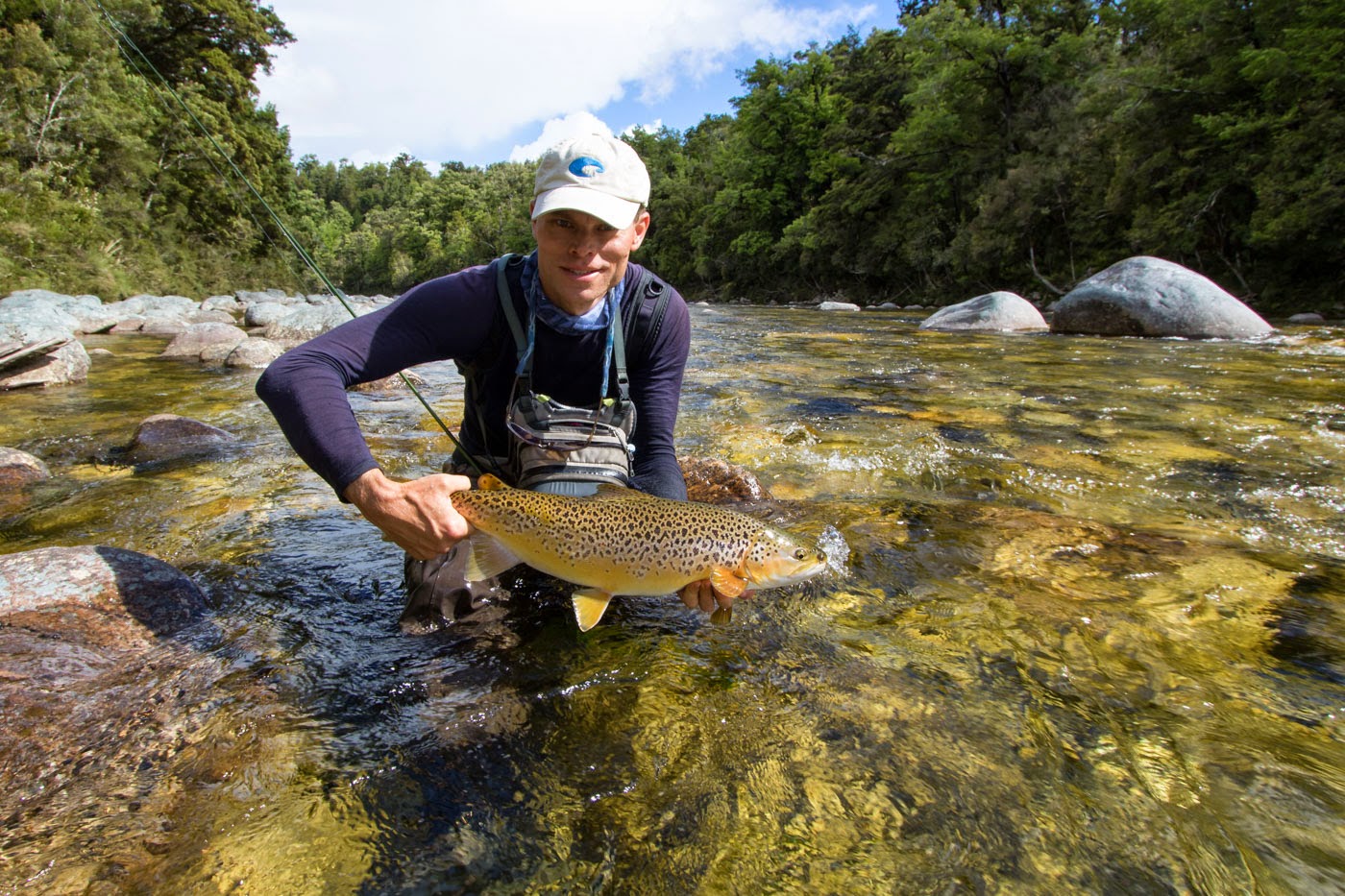 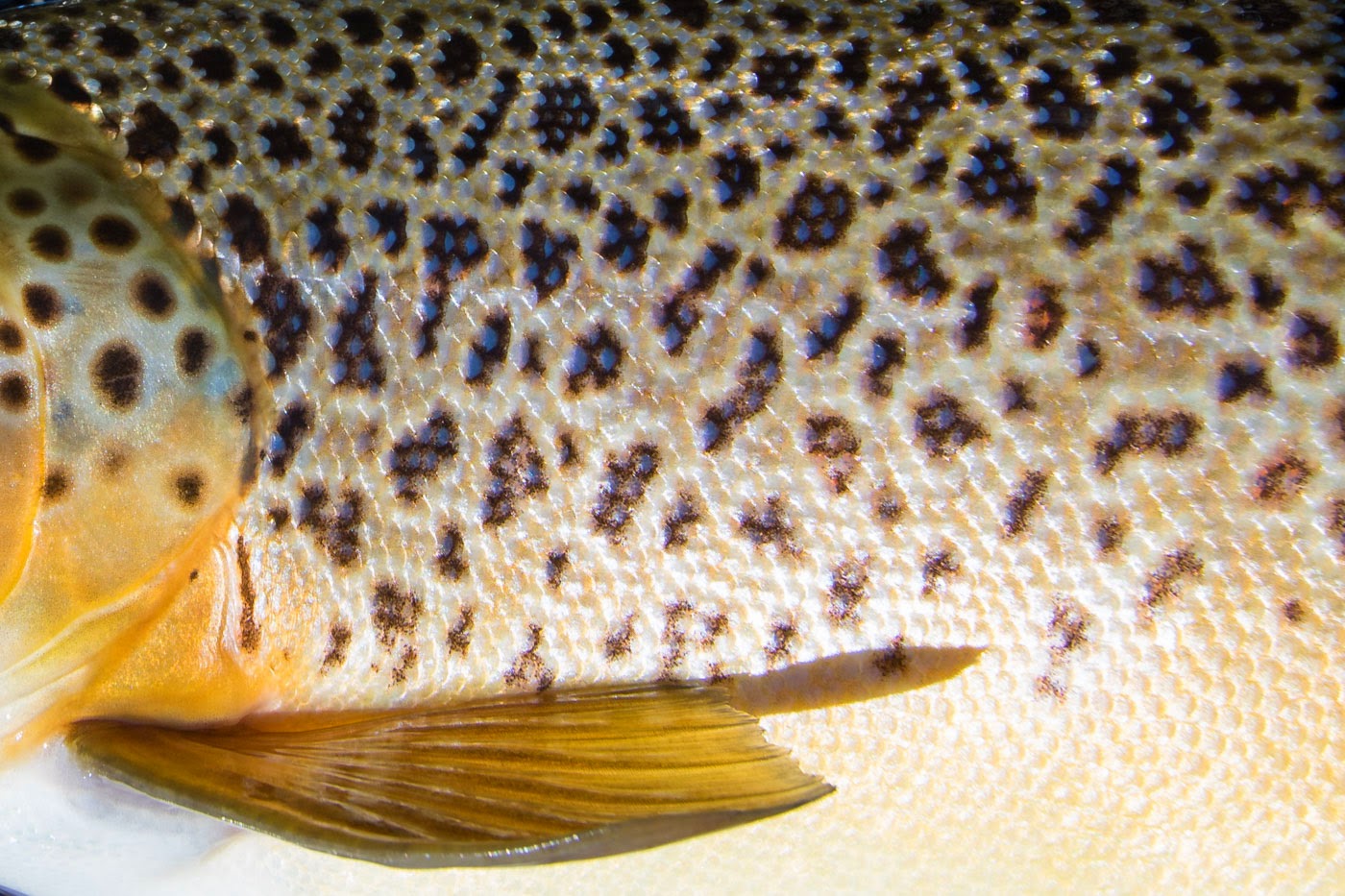 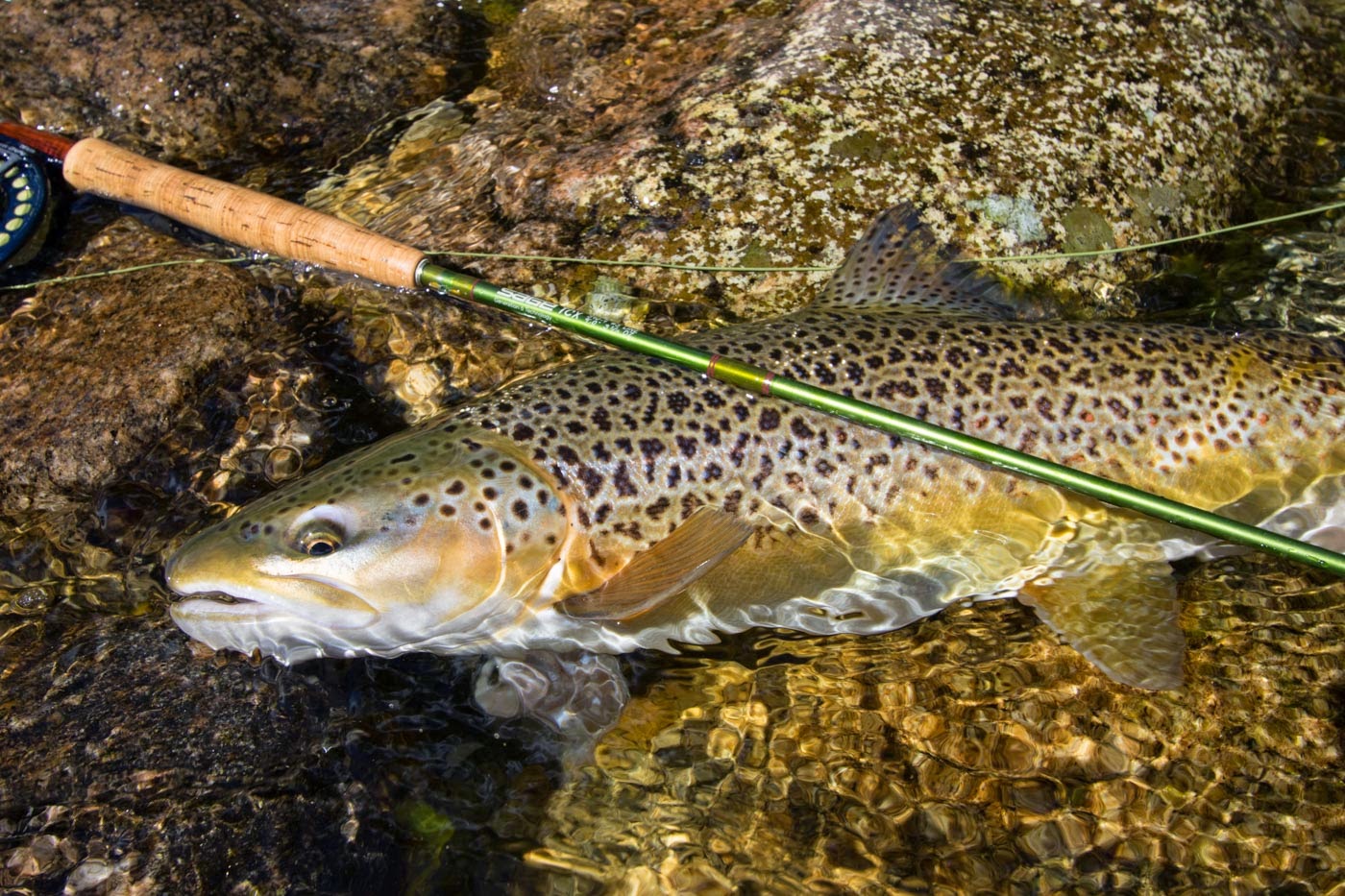 Light very fine drizzle started but some sunrays were still on the scenery. A deep feeling of satisfaction and happiness came with it. Exceptional good fishing, not to easy but four to the net was a delightful result of the day. Some more casts and it was about time to head back to the car and down south. 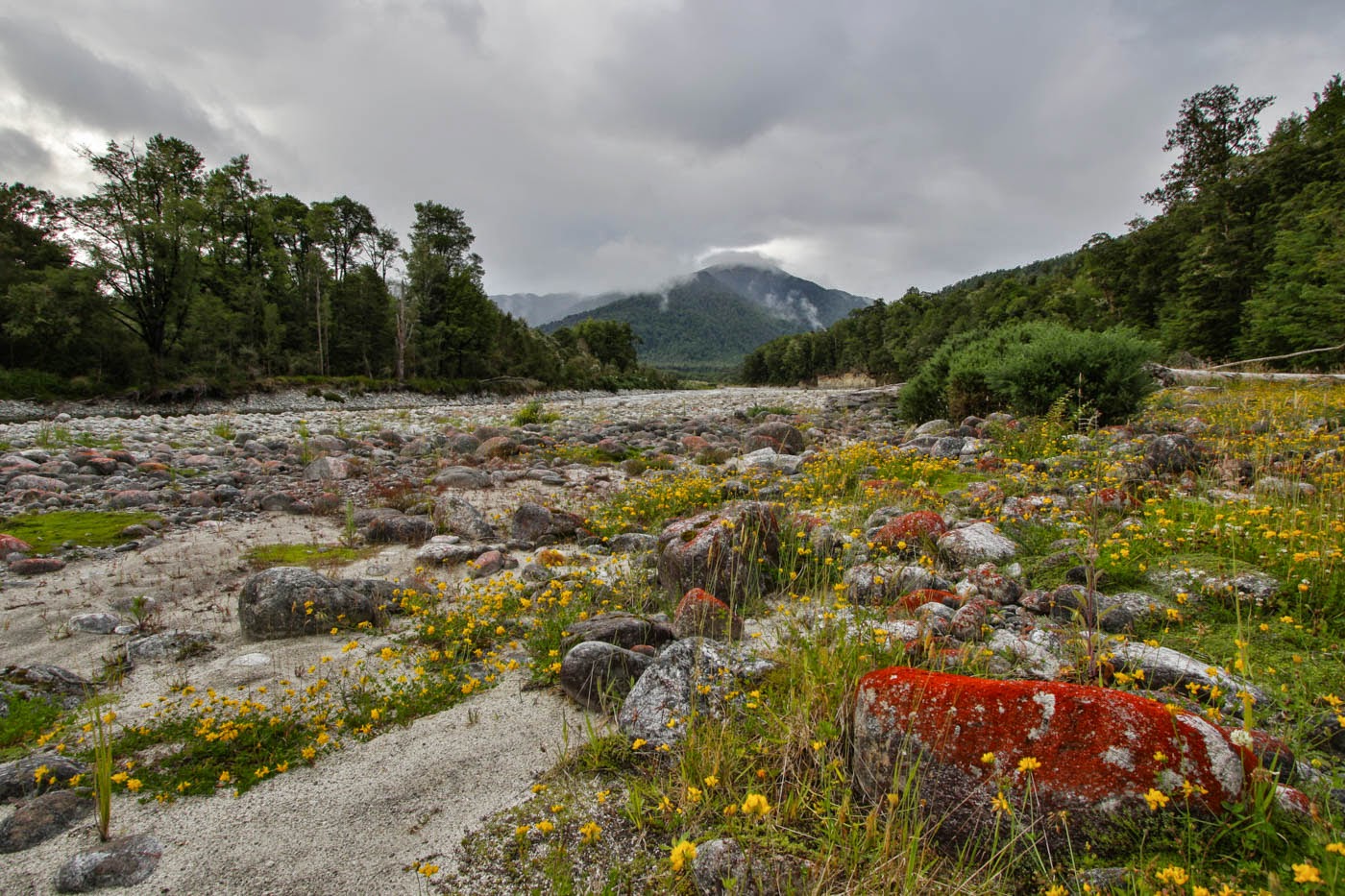 Driving down that night towards Hokitika I found myself pretty much stranded well after 10 pm, everything closed, accommodation not really available and not necessarily needed, thus I ended up at the same DOC campground 10km south of Hokitika as two years before with Ines and Tobias. Less than ten meters away from the last camp spot there. I cooked a simple meal of fresh salad, readymade butter chicken, some desert and the better part of a bottle of red. Fine drizzle started again and I went to bed early the next day.

My original intention was to fish a remote backcountry river in the Haast-area after the front and rain that was about to arrive. The front was said to be in the area around Wednesday. Thus the plan was to fish a west coast spring creek or two before the front would hit and to drive down the coast on Wednesday during the rain and to chopper to the remote river on Thursday. Would that plan work out? 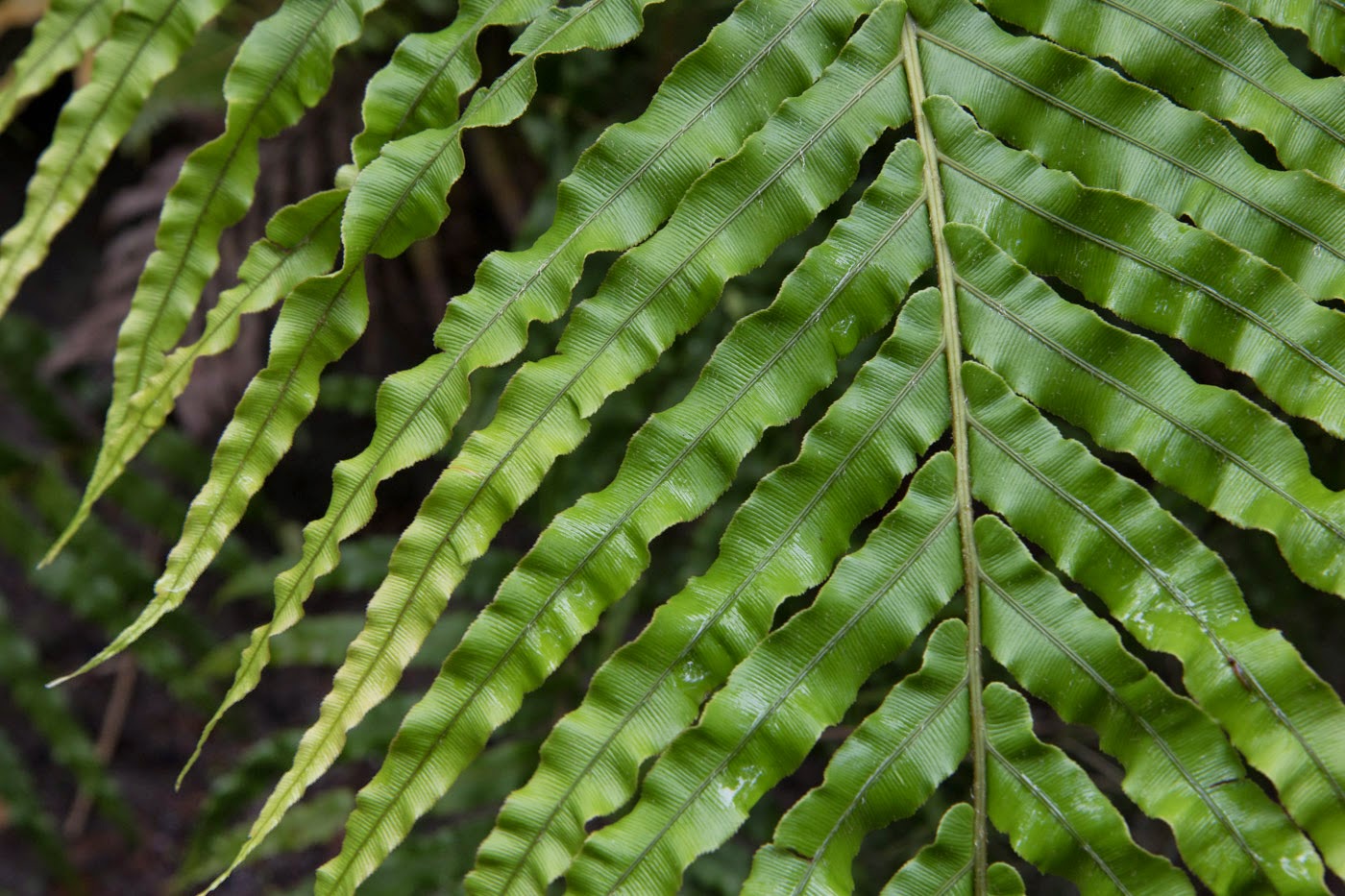 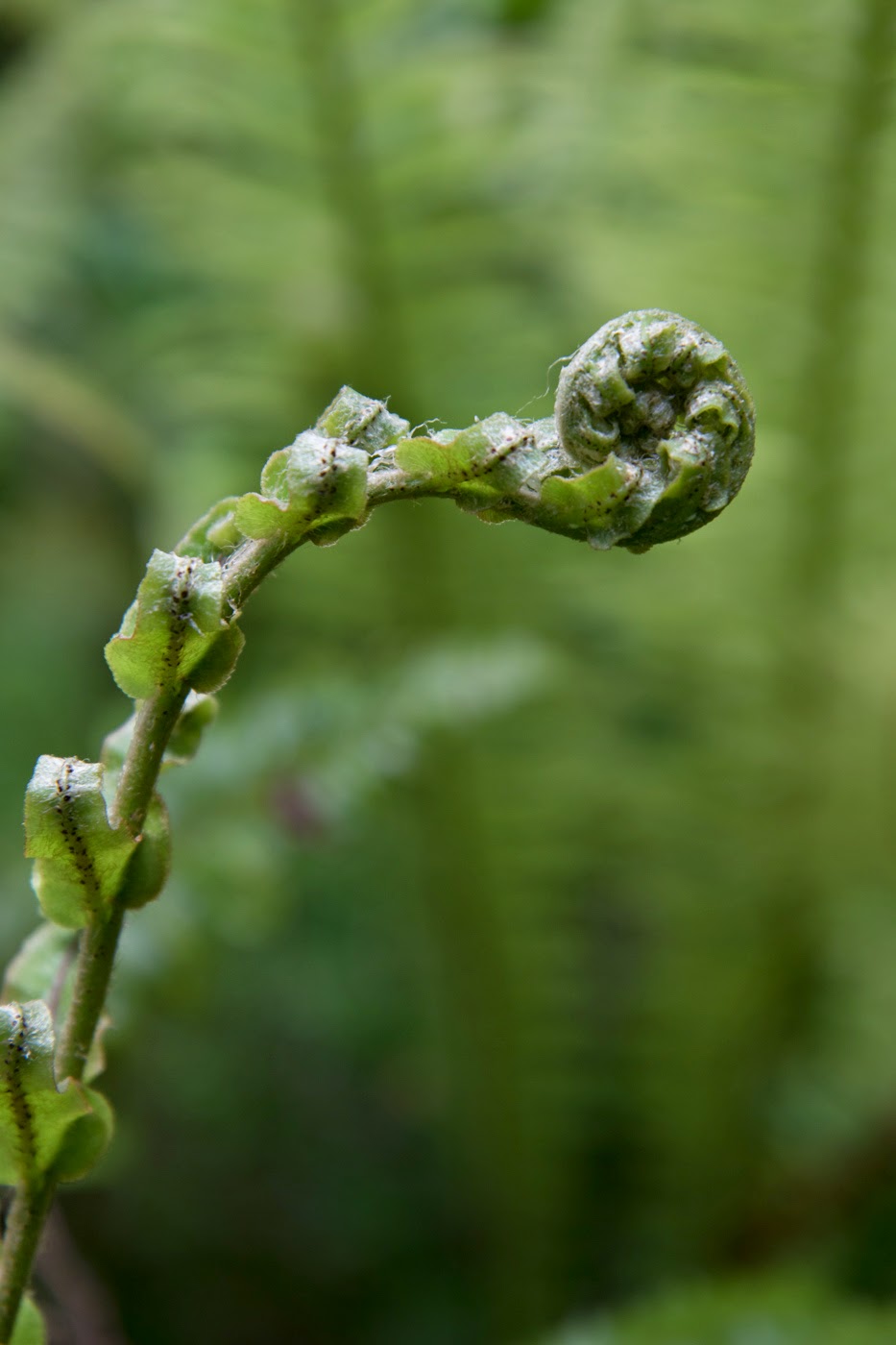