THE big one Brown Trout

St. Arnaud has a very special appeal: none. I went there for a tent and sleeping bag drying overnight at the local Alpine Lodge, again a location with a very special appeal. Plan for the next day was to fish a big river east to St. Arnaud. Before that fish-burger dinner at the lodge (but I was so instantly hoping for an ordinary beef burger…) and a late breakfast not served before 8 am.

Pick up of the key for the gate at the farmhouse close to the river to reach the targeted section further upriver - I was lucky that the grumpy farmer was there (better you call in advance to make sure) - and I was set to go. Life in a station off of the other world seems to take toll and to change people to some extent. One there looked like one of those smaller characters of one of the movies that made NZ so popular in the last decade... 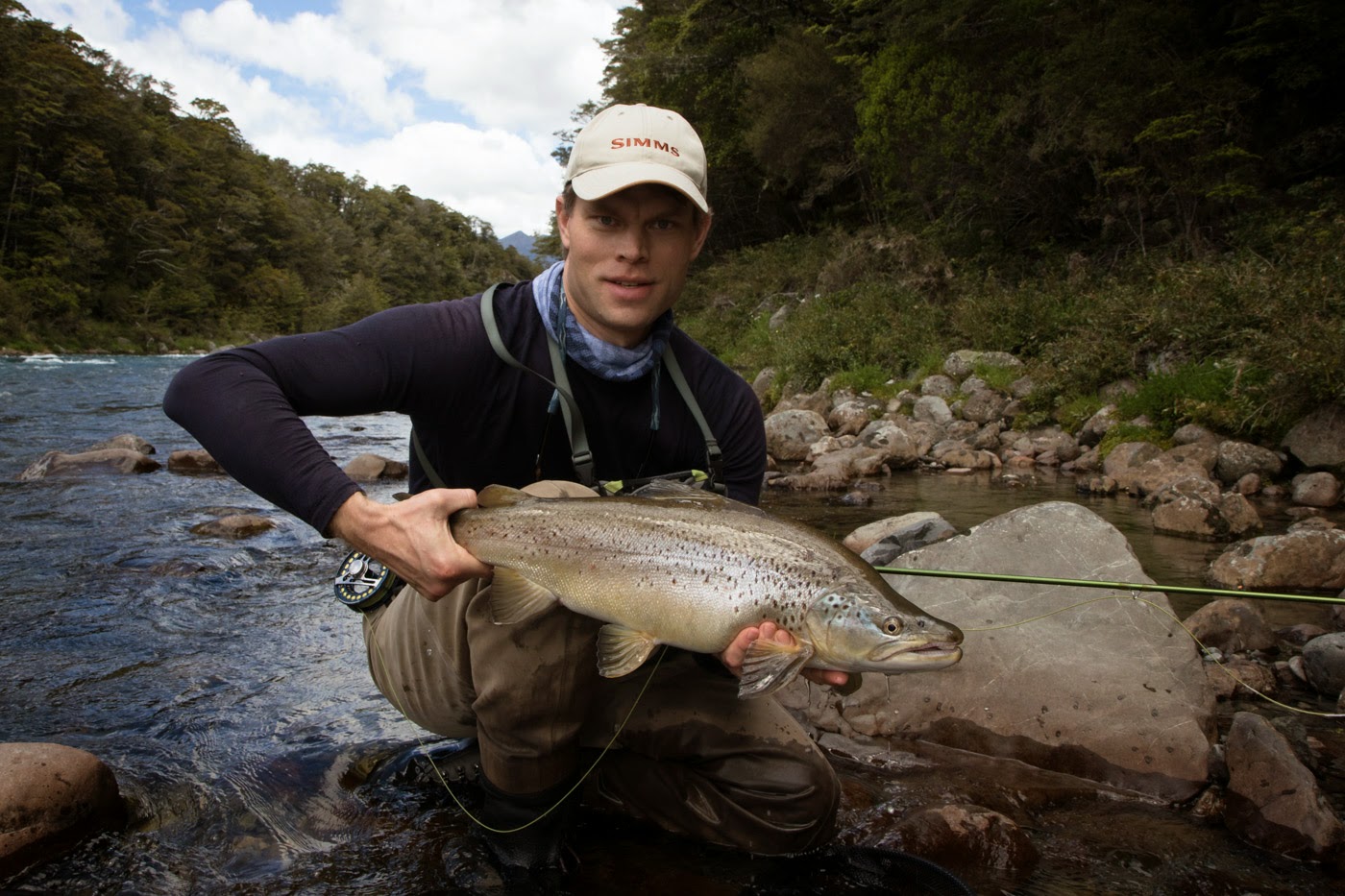 Driving up the valley I fished several spots. Very few fish. Only in absolute obvious and well defined holding structure I found fish. I never saw this river running so clear - impressive. I used to fish it with some more or less silt. This time it was clear as Gin.  Below a gorge close to a swing bridge at the seam of a huge pool structure I saw two smudges - fish they were. And my ordinary Florian-PT Size 12 (more like 14) did the trick: hooking possibly the best fish of the duo. It turned out to be the reason addicted fishermen come to NZ especially in a Mouse Year.... It was a decent fight and only at the net I realized what was in there. A loud scream of excitement howled trough the valley. Just a trophy. 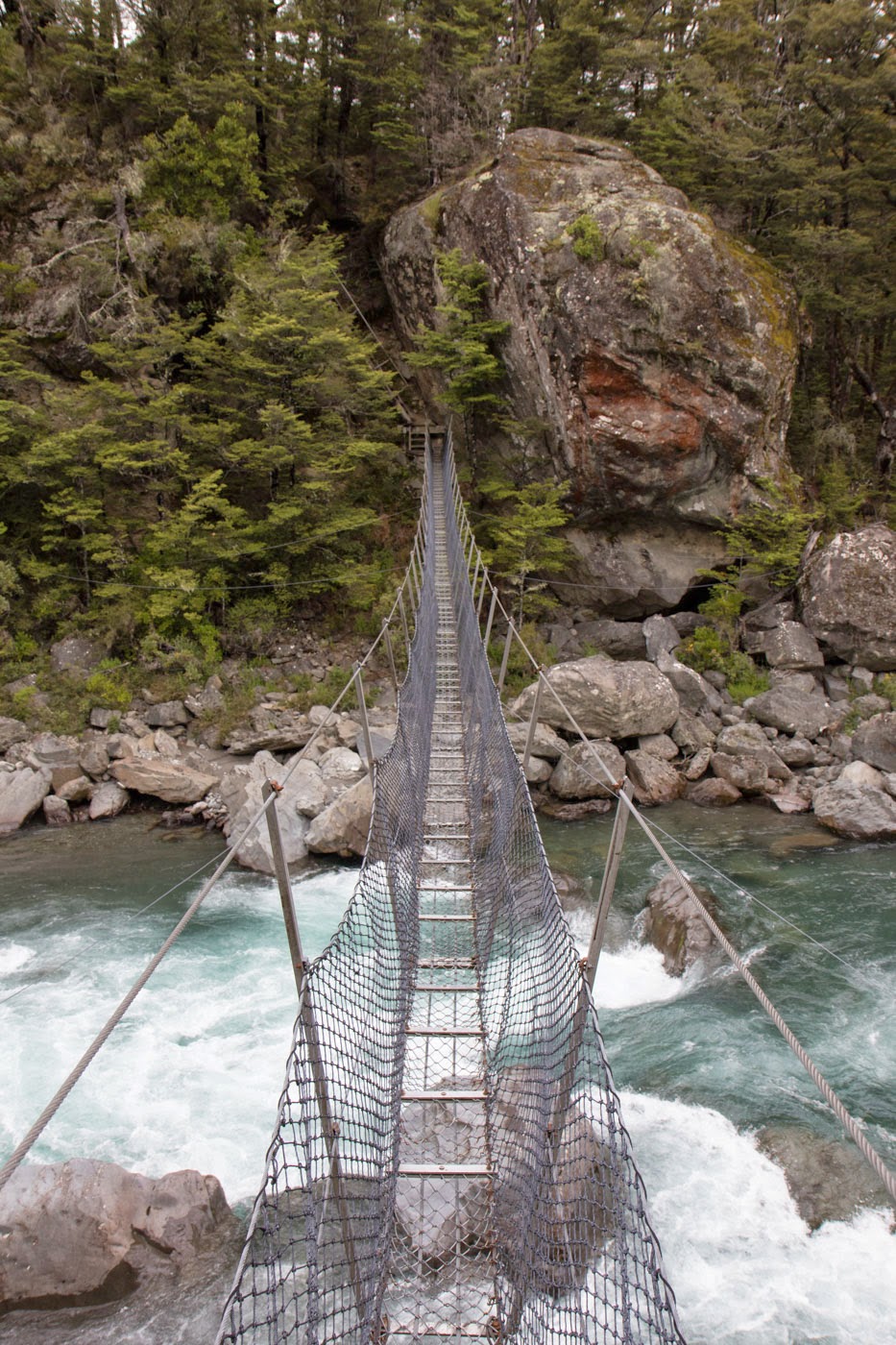 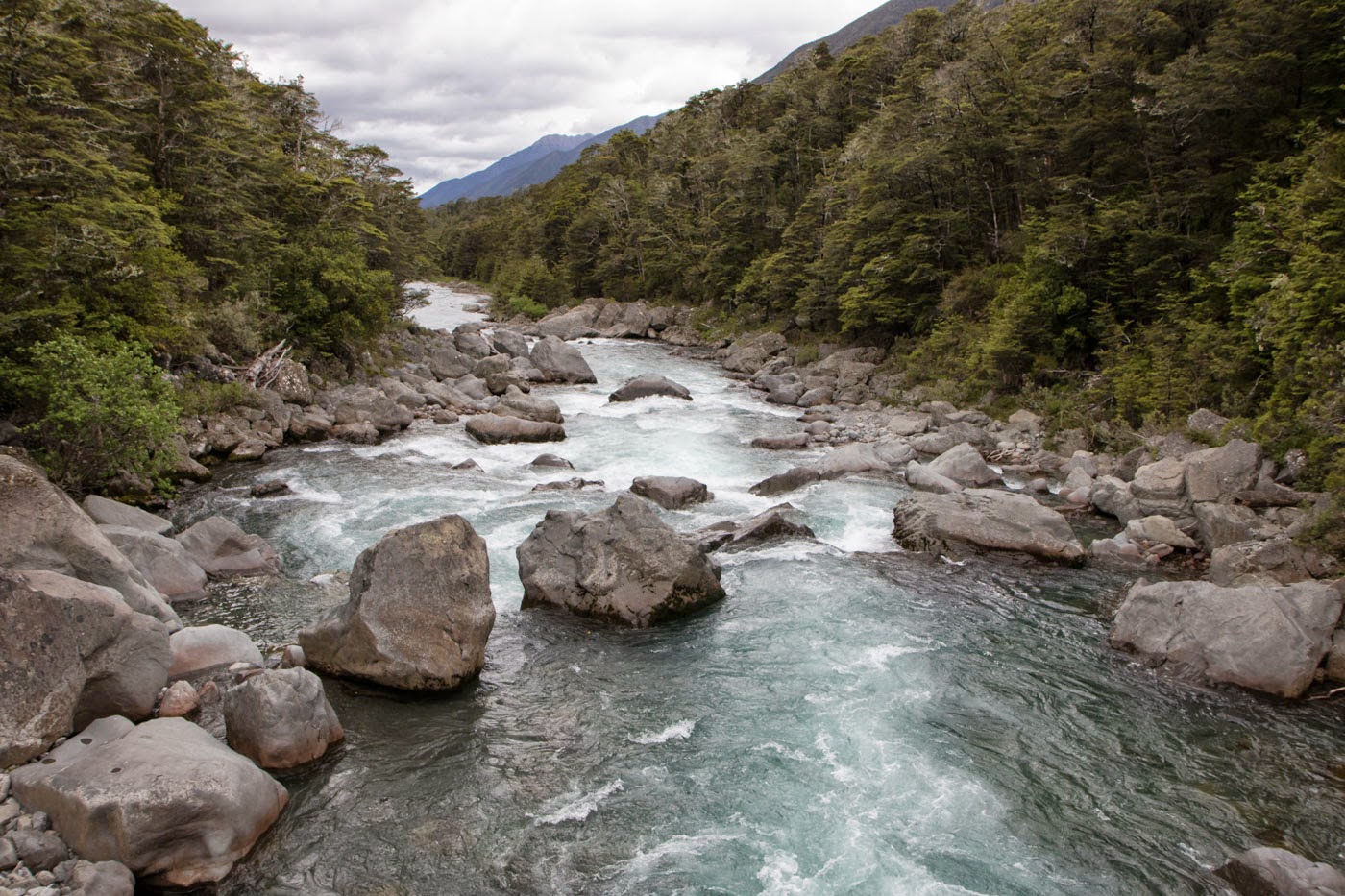 I fished a couple of other spots driving up the valley and spotted a few other fish but without success on my shots on them. Achieved what I had, there was no reason to be sad. Think I lost another good one. Back out over the gravel and the paved track, key, and Nelson-bound! 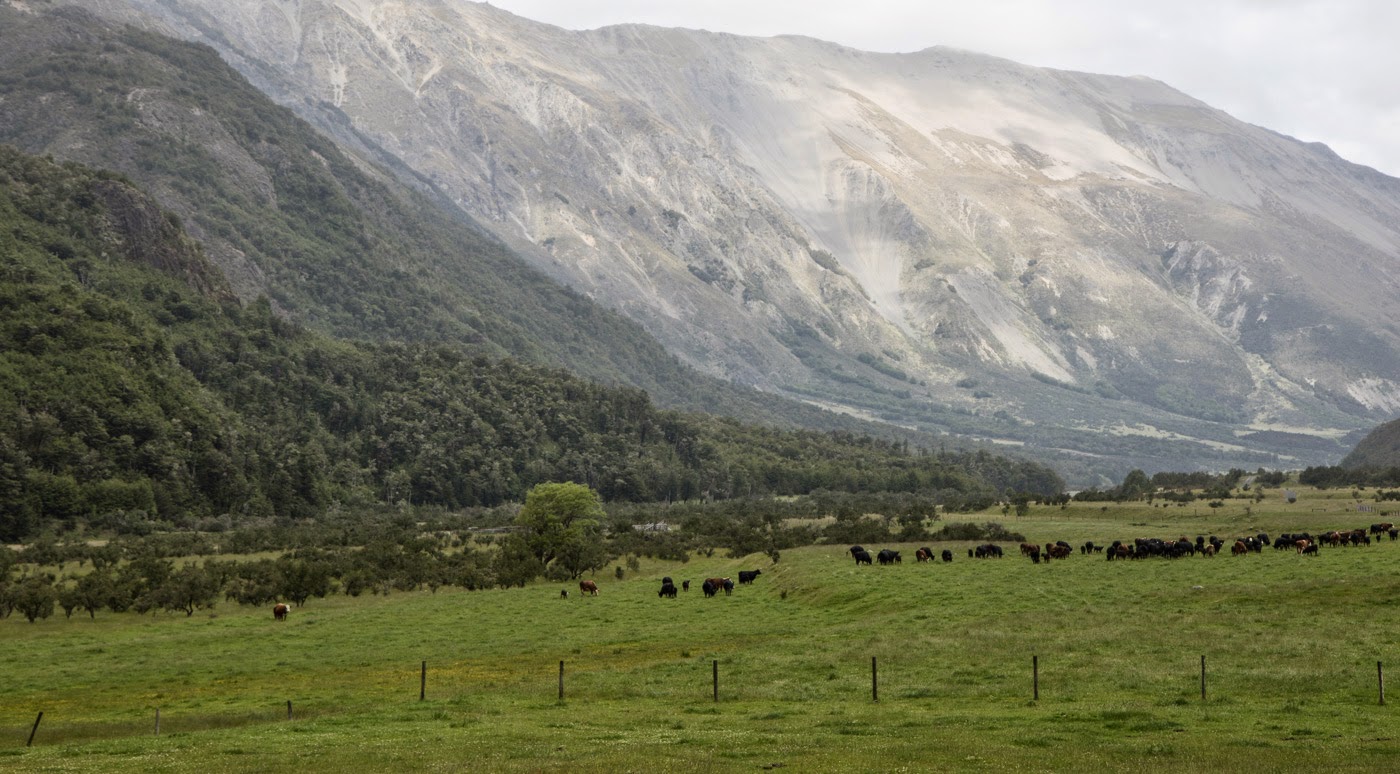 Home sweet home away from home. Our preferred apartment in Nelson was available (Avocado Apartment) - this time I would sleep in the bed and not on the floor, last time bed was for Tobias and Ines. Lucky me! Looking very forward to the nice people, flat and city! Some dining, shopping stuff and hanging out. Strange and very good feeling to come back to this apartment after two years...
The view from the apartment over the city is just fantastic. 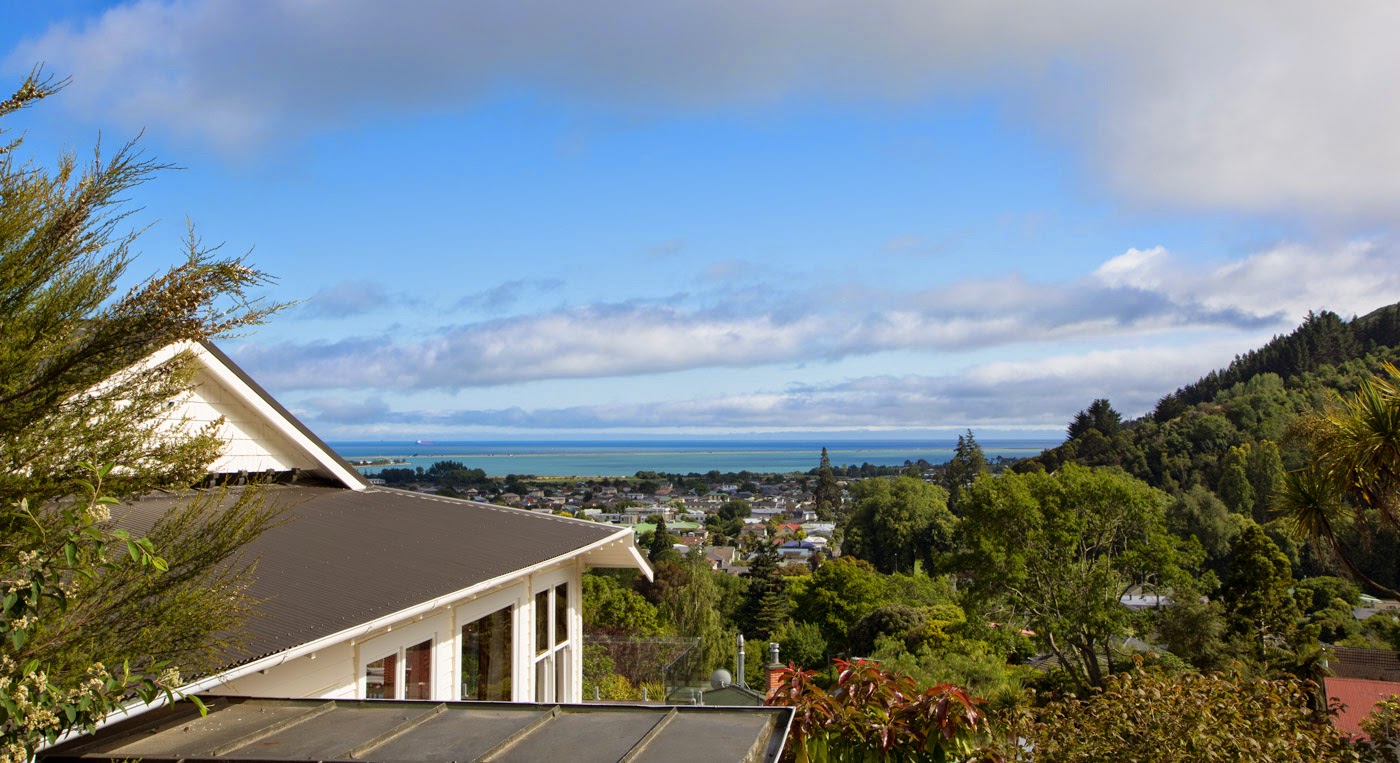 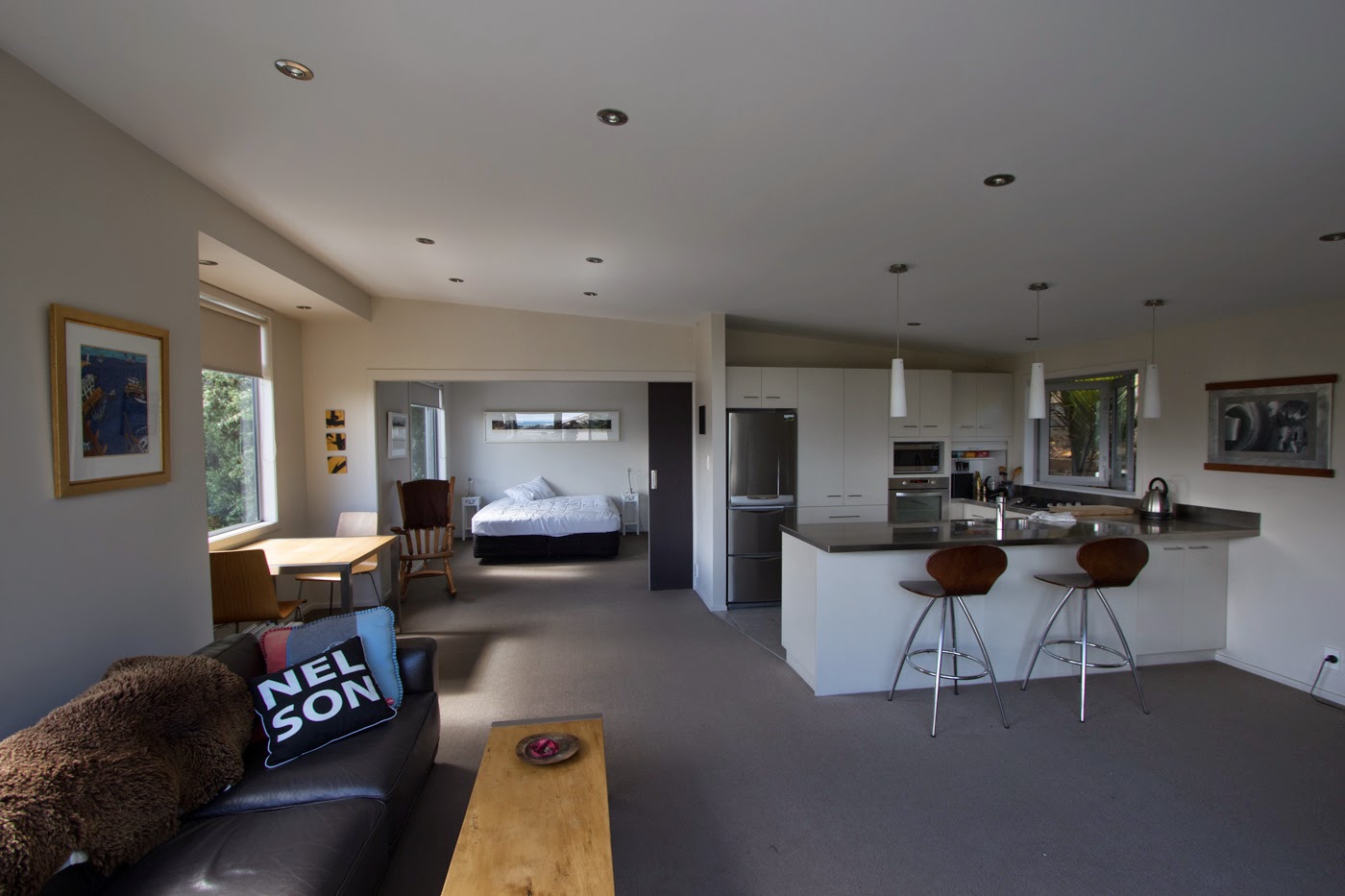 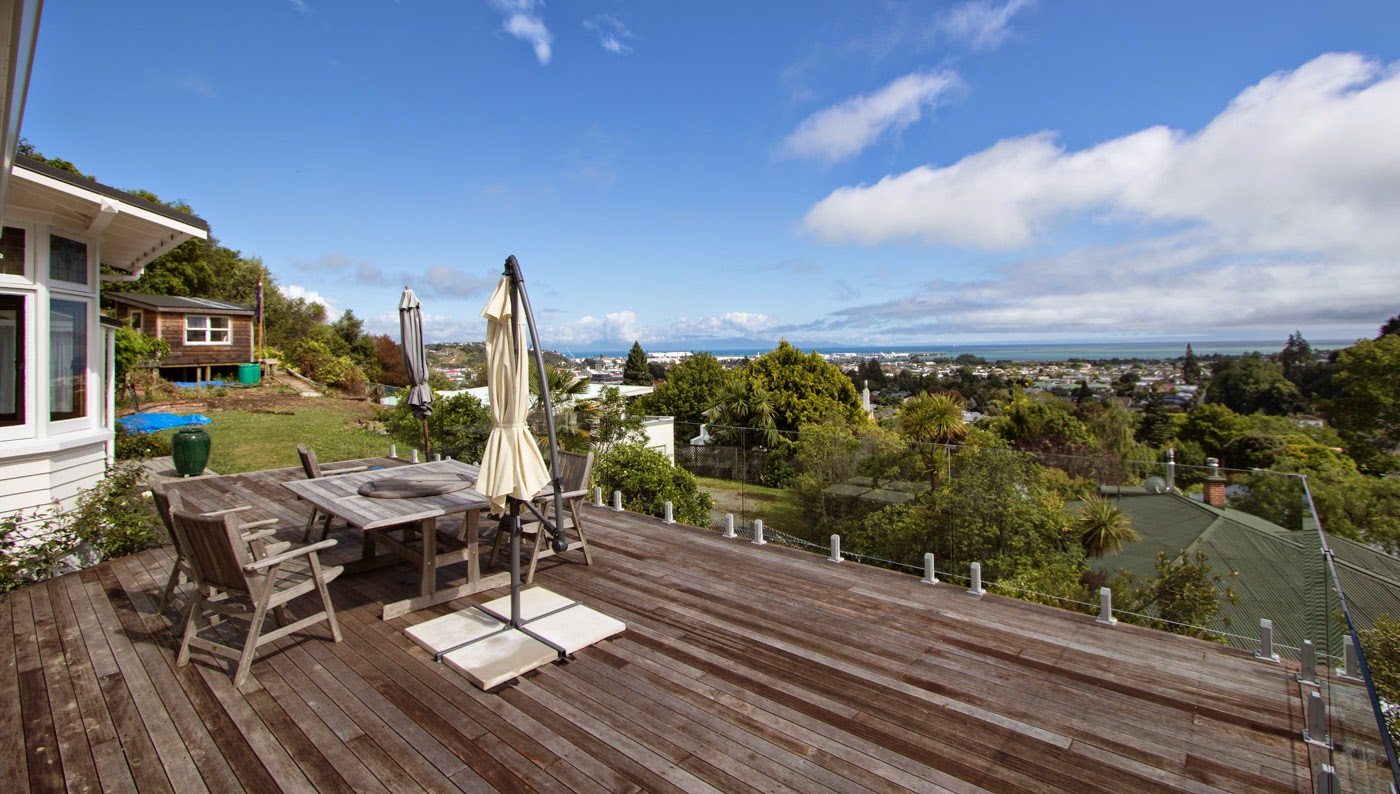 Nelson seems to be my absolute favorite city over here. If there would be adequate jobs, relocation would be only a question of a couple of month... And in the meantime a mountain biking community seems to have been developed - during our first trip some five years ago it was hard to find rental bikes. We ended up with bikes I would not even leave at the train station to commute - very basic, heavy and cheap they were. 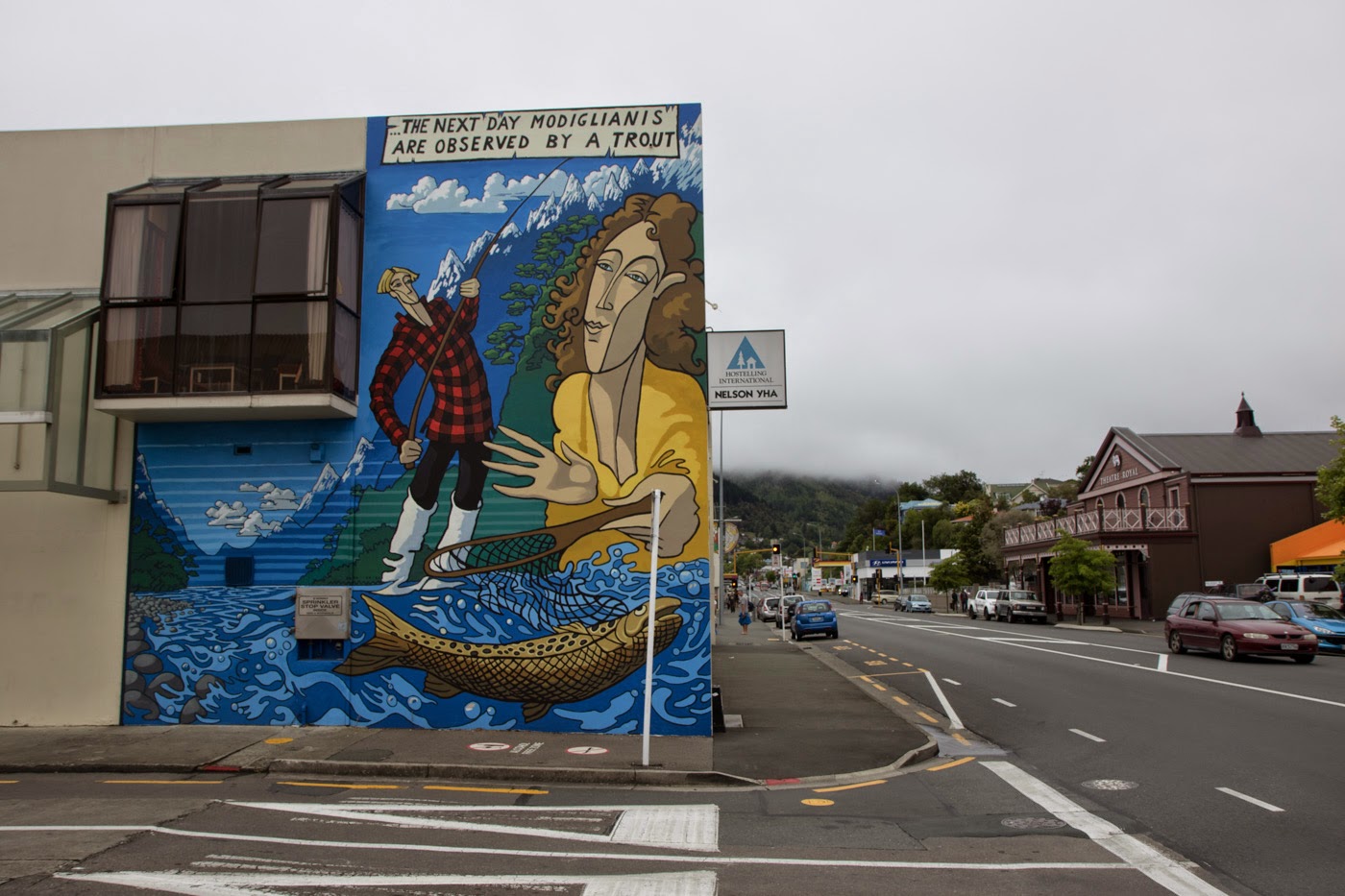 Doing the usual stuff while you are in a city: shopping stuff, washing, sleeping and running warm water for the body. Saturday was a lazy city day, walking around, Hunting and Fishing, getting a haircut, visiting the church, the intended Woollaston Lunch did not work out, tying some flies and at night dinner at the Mint restaurant. I better have gone to repeatedly well received Hopgood's. Mint was just a disappointment. Adding the same not matching weed on top of the first and the main is just an example of the low performance.

After dinner I had a couple of beers with a fly fisherman and artist I met that day in Hunting and Fishing. It later turned out that he is the brother of a Facebook contact, via that link I made contact to him later on and we had a nice evening with beer, fish- and other talk. Small fly-fishing-world.

Sunday was the day of transfer towards Karamea. It took a while to get started, internet, stuff, packing, saying hello to Mike (actually the guide who introduced us to fishing NZ style, if you need a guide in the Nelson area or Top of the South Island - I can highly recommend him, contact me for further recommendations) do the groceries, a cappuccino at the usual site in Murchison, I ended up being very late for the chopper and the packing hat to be done very quickly at Karamea Aerodome. To my surprise I did not forget anything needed, except one thing that I intentionally did not take, as I expected some in the hut. A rather important little thing...

Driving through Westport towards Karamea I did send the last message via my mother towards my grandmother aged 101. She was in hospital since a couple of days. It later turned out that she more or less exactly in that minute was about to leave that world... For me she was alive a week longer as the message did reach me not before I was back out of the bush 5 days later.

The deal of life is that it is not endless. Thus use it well, every single day of it! Do what your passion is about!