A shorter trip this time, just four weeks plain fishing, solo on my own, planed ahead just a couple of weeks. Thus air tickets and cars were harder to get and more costly.Thank you Ines for letting me go (she was not the hurdle)! The reason to come again after less than two years was not just the nice landscape of NZ, people, friends, stile of traveling, pristine fishing, but a very special one, a reason that in this magnitude might occur every 10 – 20 years….

After a very decent summer in New Zealand it takes two years till a mouse year is likely to happen. Mouse year is a magic word for the fly fishing enthusiasts familiar to New Zealand. (The detailed and highly interesting background can be read here) Mice population explodes due to lots of beech seeds, called beech mast, lots of mice means more mice accidentally or intentionally cross waters. There are exposed to trout. Some of these trout start to feast on mice. Resulting that a good sized fish of 6lbs might end up as 9lbs fish (50% of body mass added was confirmed from one guide catching the one and same fish with 6 weeks apart). Thus a normal nice fish of 7,5lbs might easily be a trophy, thus beyond 10lbs. Exactly these trophy fish allure fly fisher to pilgrim to NZ as frequently as possible, besides other reasons, such as wine, country, people and peace. Remember our travel to NZ early 2013 - it was a summer for the record books, we had pretty much no rain for 3 month. Put 1 to 1 and the equation makes perfect sense, that the season 2014/15 should be one of those sought mouse years.

Such a mouse year that, DOC which seems mainly focus on protecting native birds, poisoned a big part of the country side with dropping 1080-baits from helicopters in a very thoroughly way, this should help to keep mouse, thus stoat and rat population down which otherwise would eat native birds eggs. 1080 is highly discussed and debated. Just let me add: I am right now in a region which was air-bombed by 1080, has a special treatment area against possums and the landscape was sprayed partially against black berries with some herbicides. Is that 100% all natural New Zealand? For me that is just fucking sick. Multi-poisoning the landscape and nature to get rid of something which will not be solved on this way, but a lot of other species might suffer from it as well. E.g. trout and finally humans.

Back to the happy part in live. Just couple of month before the trip I decided to go. Checking flights and car were the only fixed points in that trip before. And a very rough route: first north, then south. Weather would dictate it. 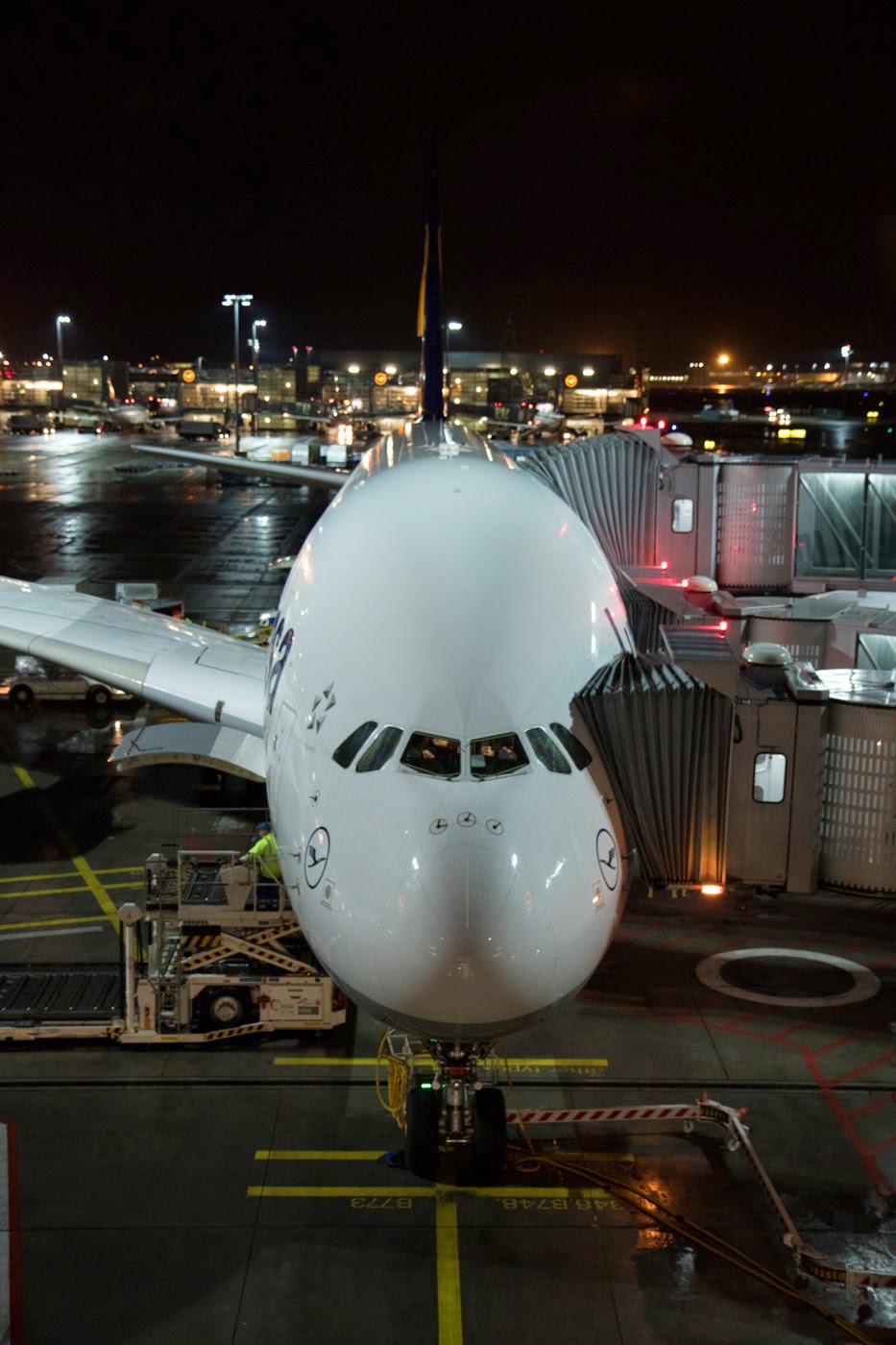 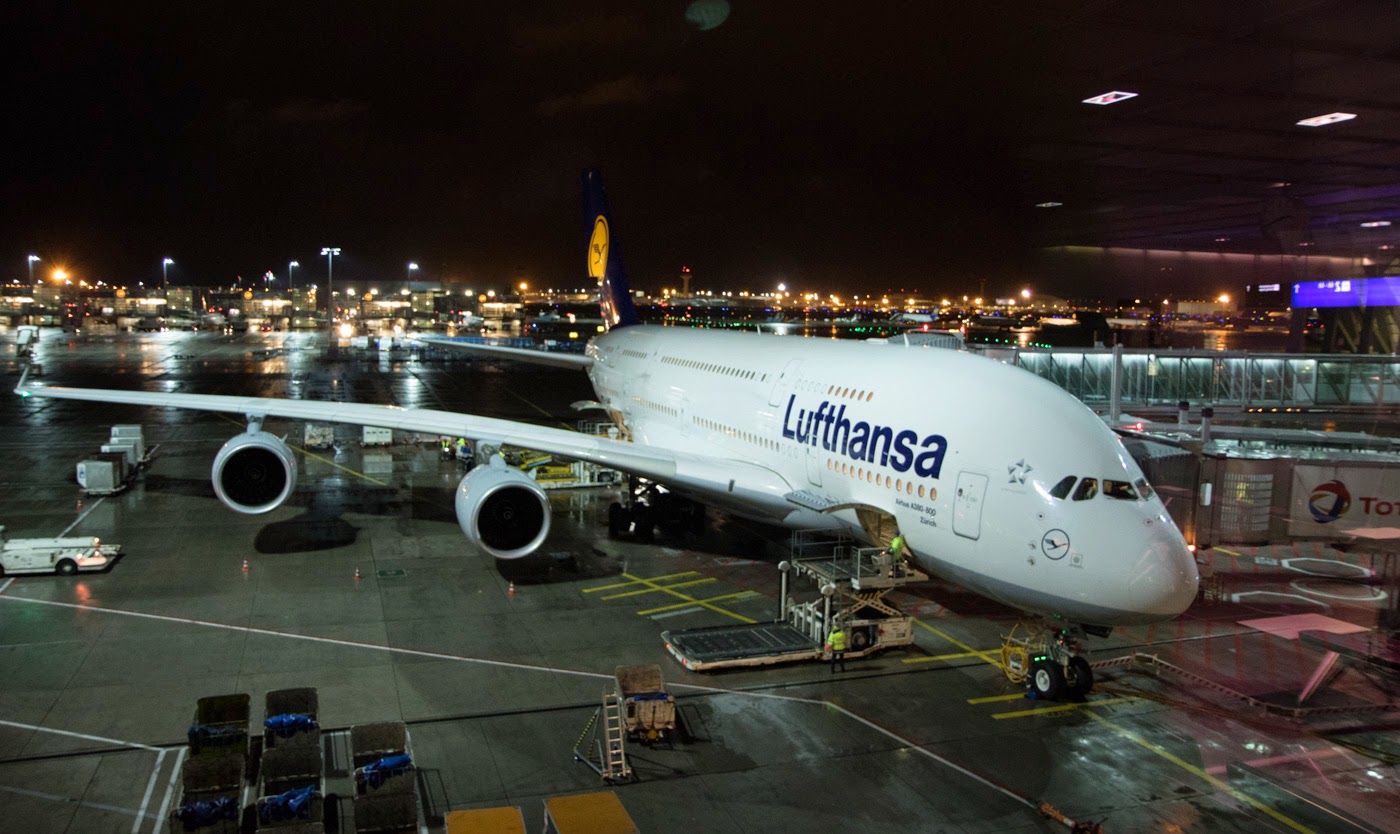 The flight via MUC-FRA-SIN-SYD-CHC, part of it in the old LH C in the upper section of the A380 - too bad it was the last plane with the old outdated C, thus as usual close to no sleep during the flights. All flights went well, and early morning shower in the SYD lounge, last short leg to NZ. First sight of the Southern Alps! Excitement! Arrival in CHC with a large mural picture on the wall of tussock high country and mountains made me shivering - HERE I AM AGAIN YEA!!! 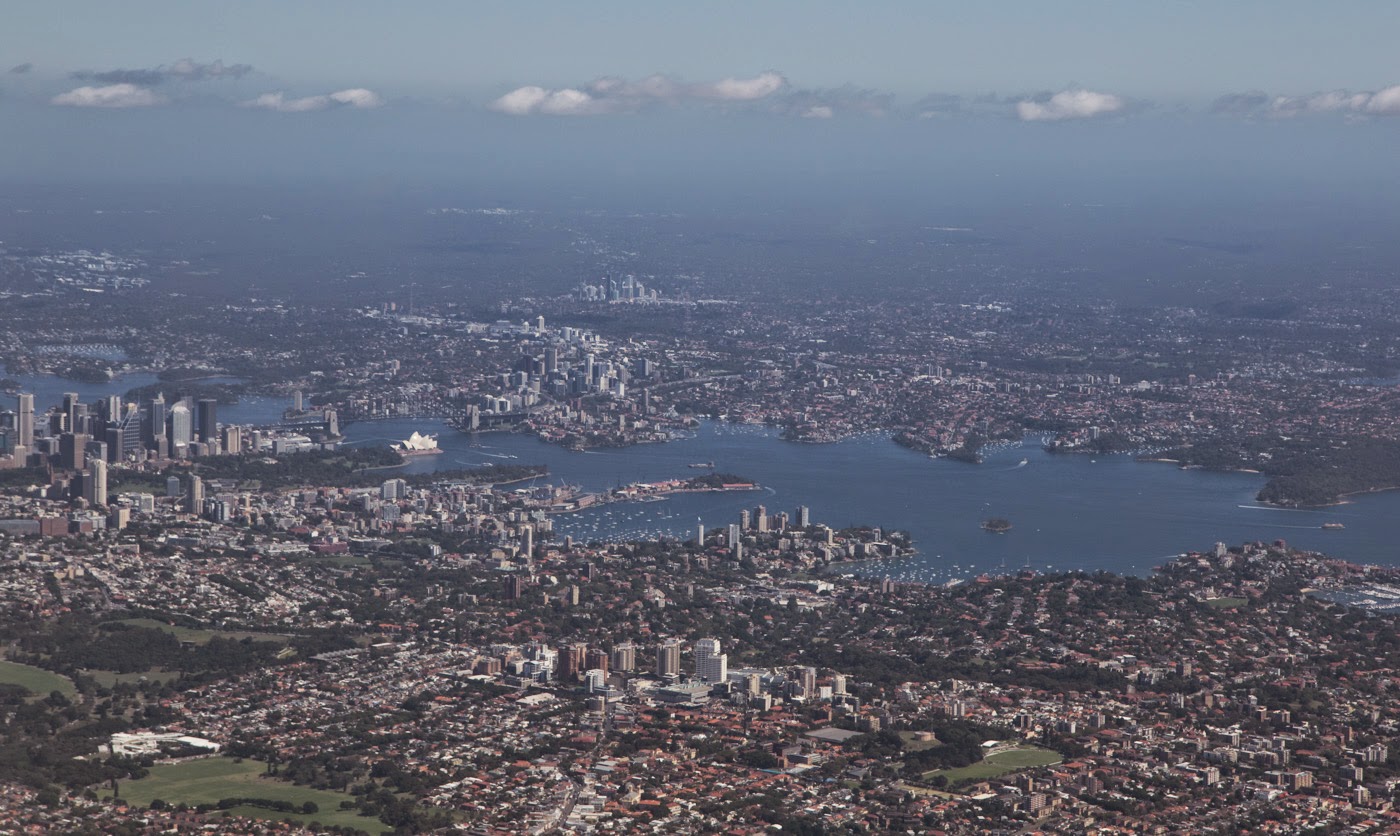 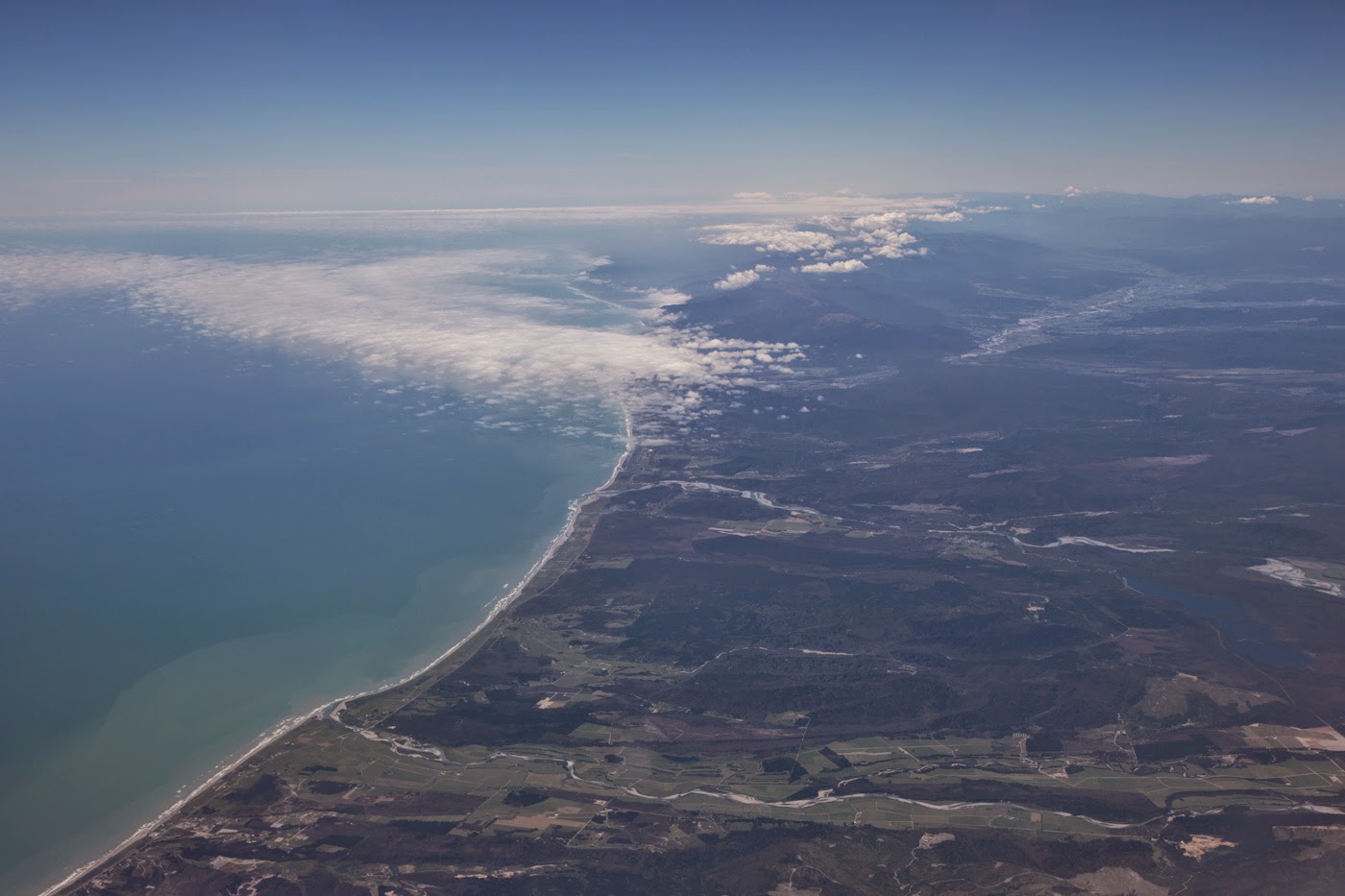 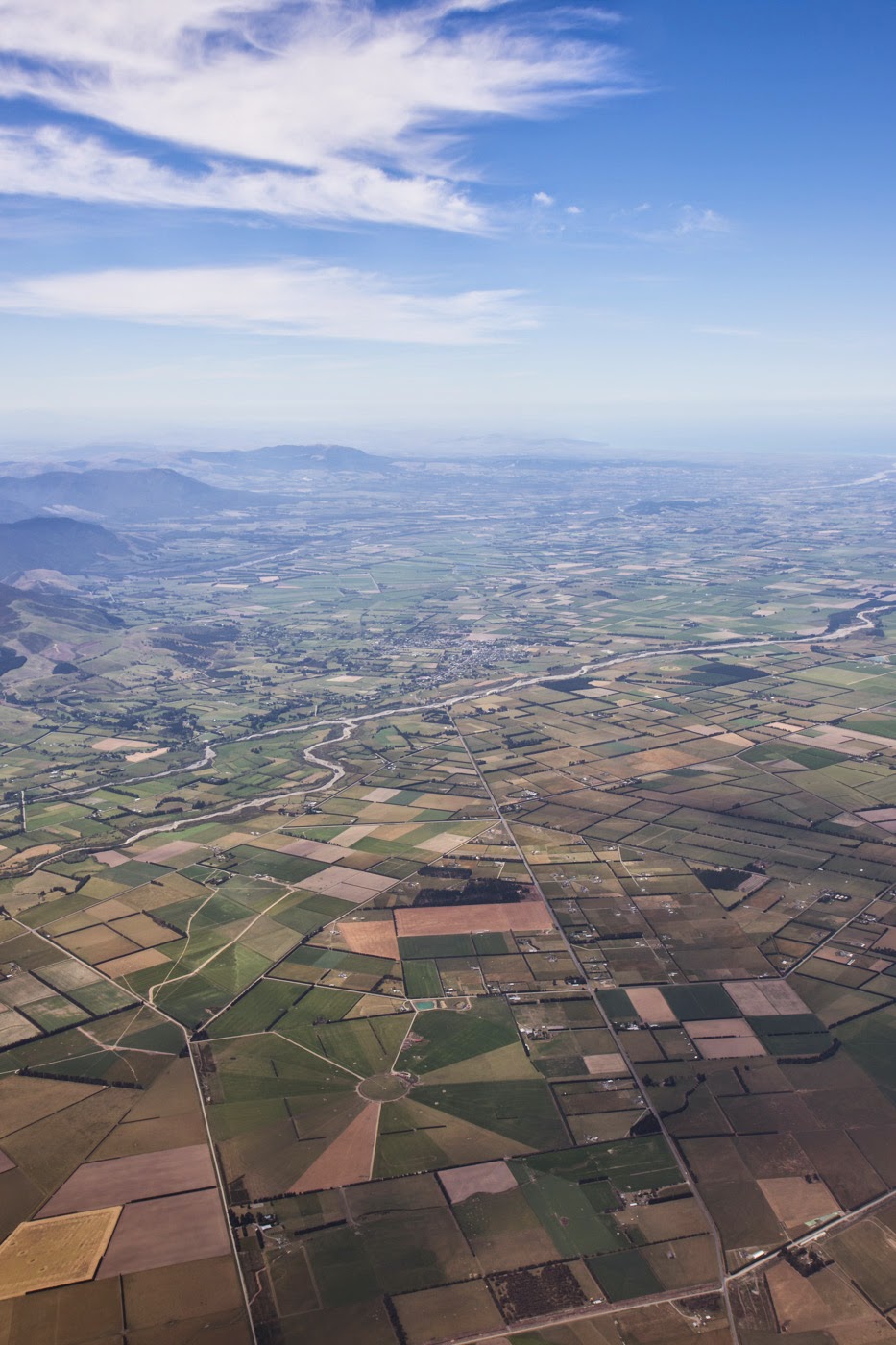 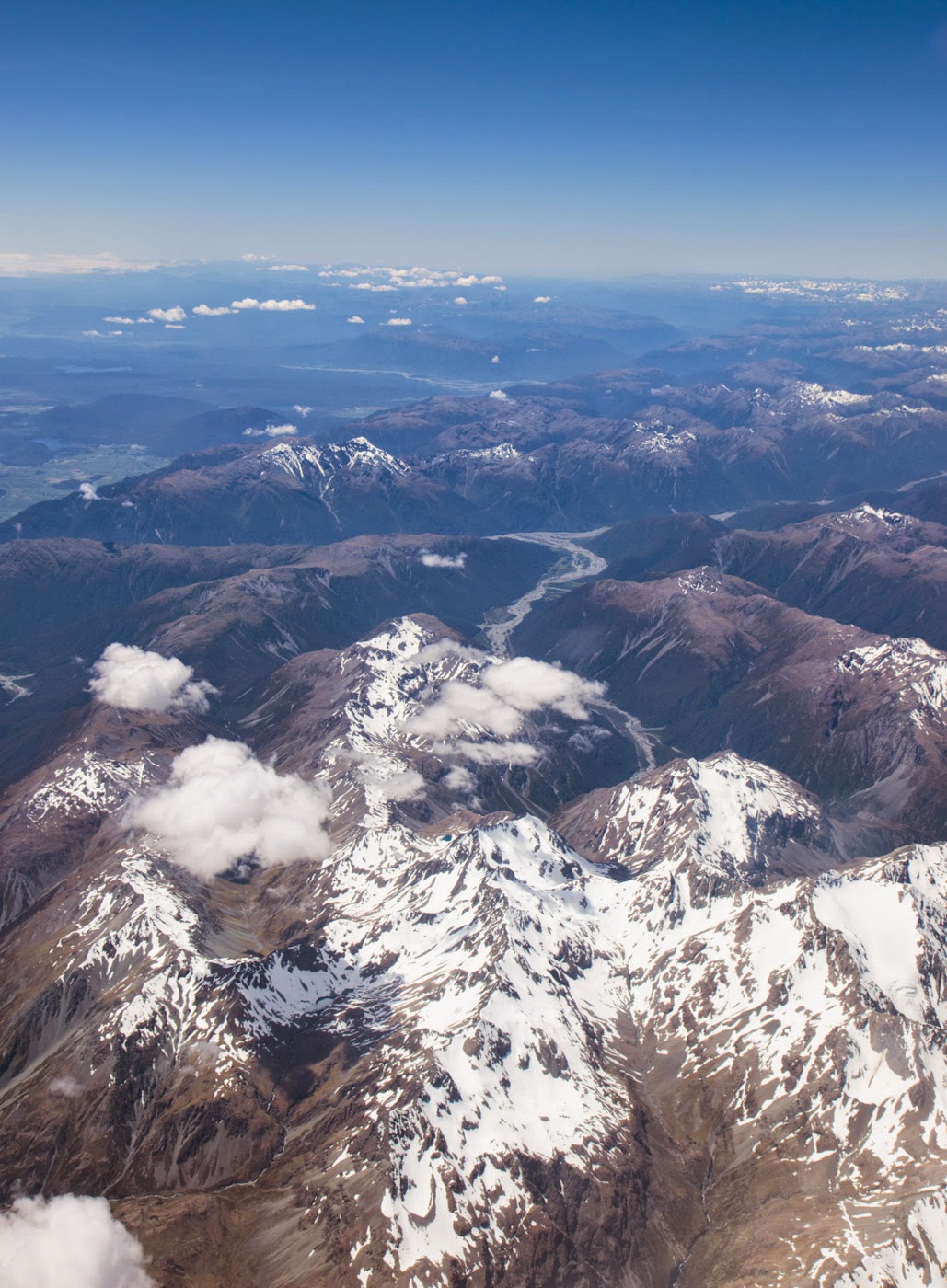 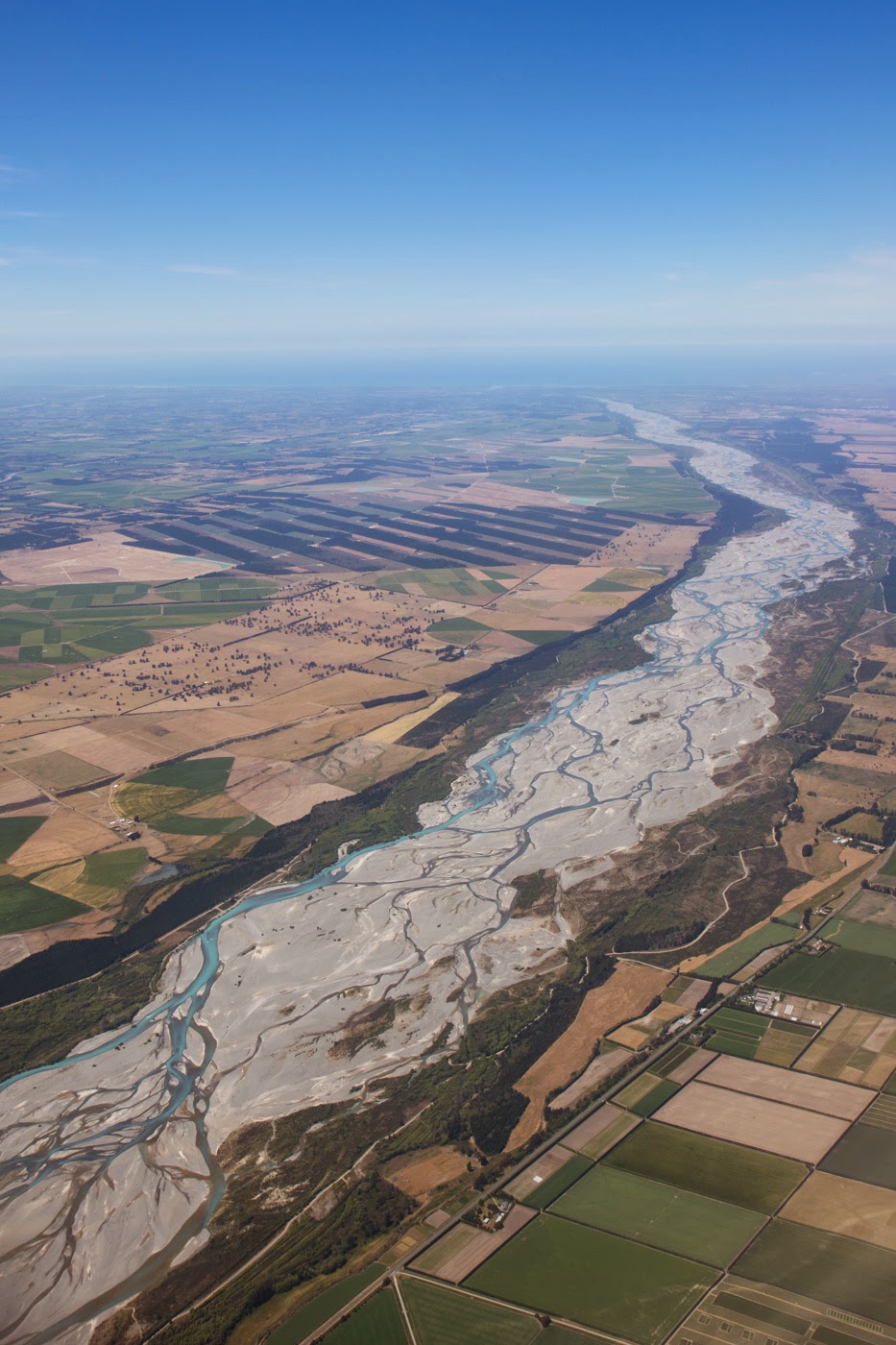 First stop as usual Vodafone: from year to year that gets more easy, it just took ten minutes and I was connected via phone and data (bring your old stick or modem you might have, they can just give you a fresh pre-paid card). Rental car service was called and 15 minutes later I was picked and half an hour later on the route in my Jeep Cherokee (with a small block V8 engine at 4,7 liter and something of around 12-15l/100km) to Tony Davis and his family close to Christchurch. Tony Davis used to run Overland 4WD a rental company specialized in real 4WD equipment. Unfortunately the demand for such vehicles from overseas tourists went down (might be related to the earthquakes some years ago, keeping tourists off the Christchurch area?), thus his business declined and became harder and harder. His only bail out was to close the business and to relocate to Aussie, where he will be the location manager of a 4WD training center and tour guiding company. Very sad for the fly fishing folks traveling to NZ in need of a decent 4WD.

Tony offered me to stay in their small guesthouse for the night after the long flight. Thank you for that! A well needed rest as I was kind of tired and done. This night his family and I went for an Indian restaurant - real kiwi Indian ; )

The next morning saw me fresh and well rested after a solid sleep. Quick adaptation to the local time is accelerated if you did not sleep during the flights. Usual packing and preparation procedure: The Warehouse, Christchurch Fly Shop and food market. What happened to all the prices? Everything up again, gas close to 2 NZ$ a liter with all over the place gas prices going down because of that fracking and oil-sand shit. Without that I would be happily willing to pay more for gas.

I thought about going to downtown Christchurch and luckily I decided to go there. Two years ago we did not went there but more of time related reasons and as we have been there twice before. Thus this time I drove downtown and could immediately see the results of the February 2012 earthquakes: several of the big city houses just gone, construction all over the place and other houses still locked up.

Arriving on the old central Christchurch Cathedrals square I was just moved to tears: the friendly church I had visited the last time just about three weeks of the devastating earthquake was only a ruin, the nature took already over with weeds growing over the former square and the brigs of the church. I was awe and could not quite understand it. It showed how fast human traces vanish and of how little relevance we are. 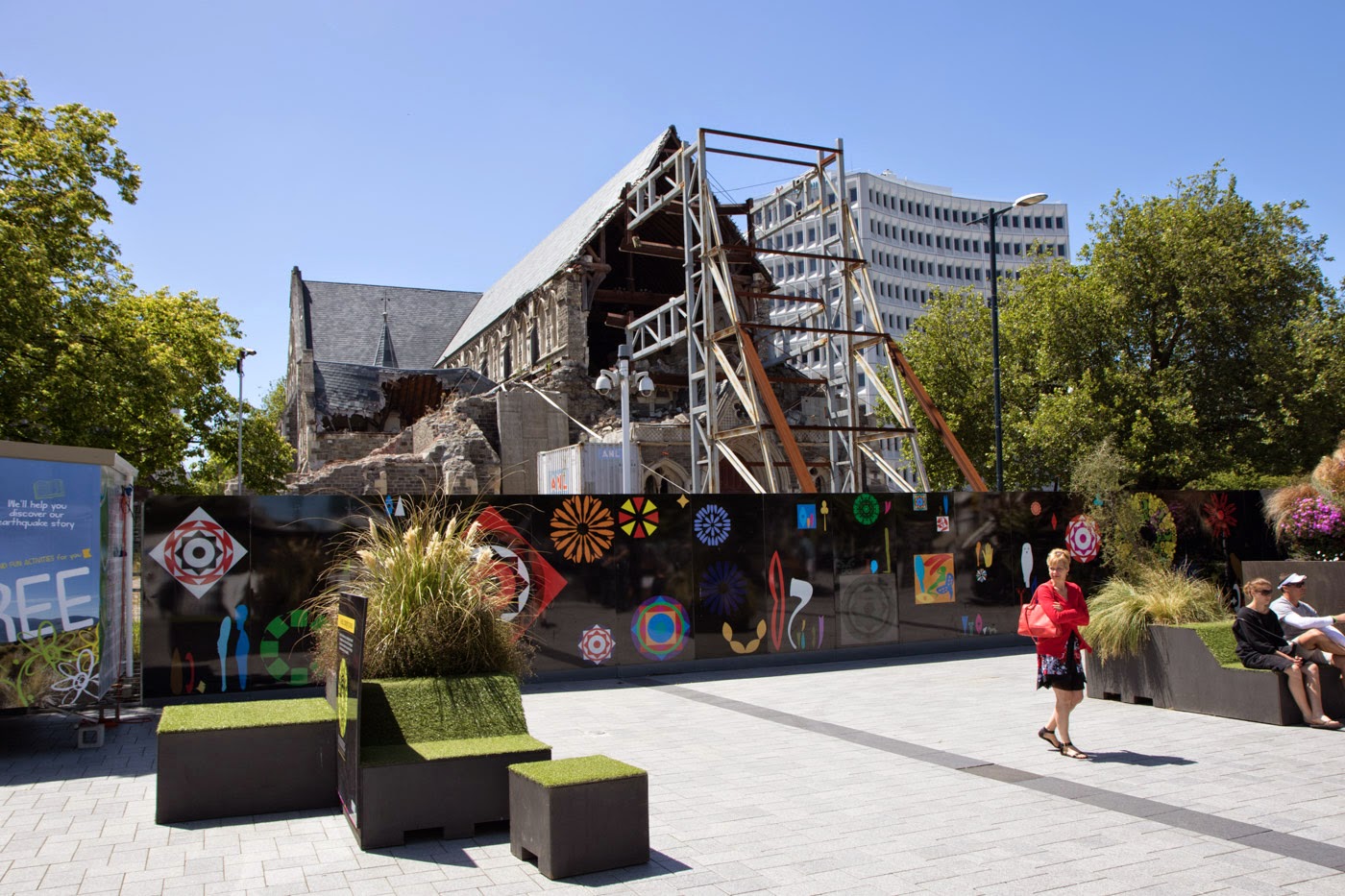 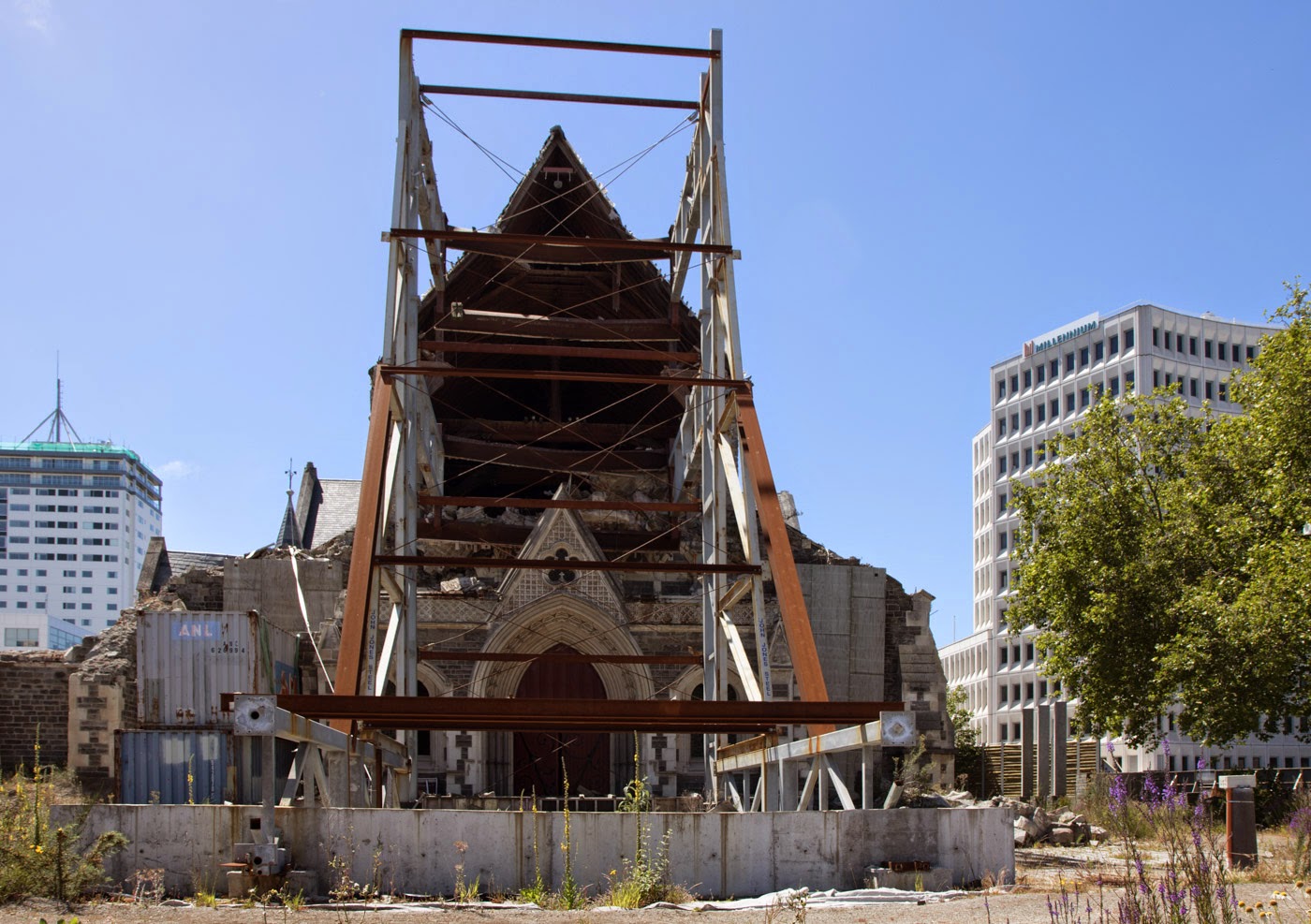 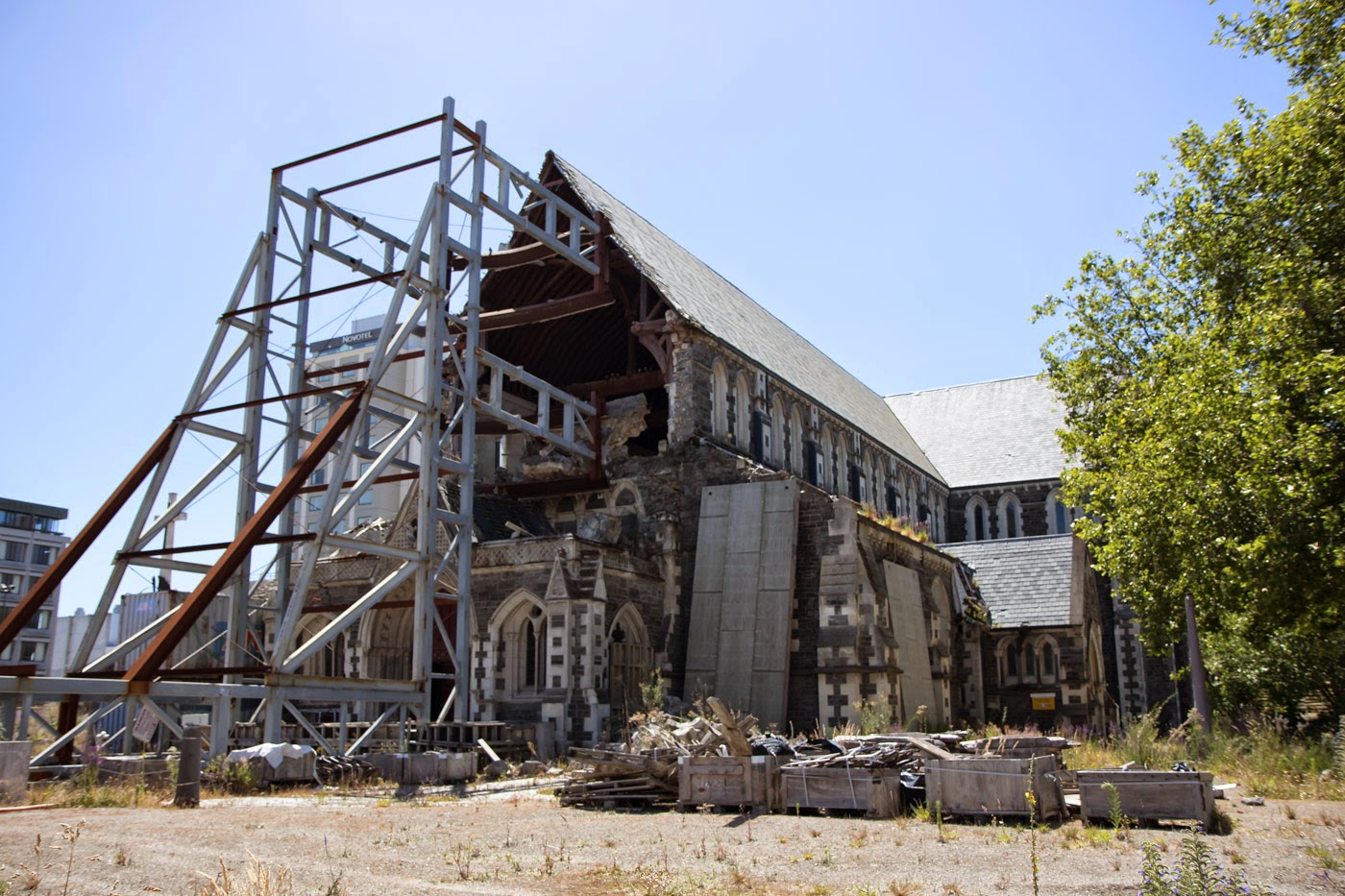 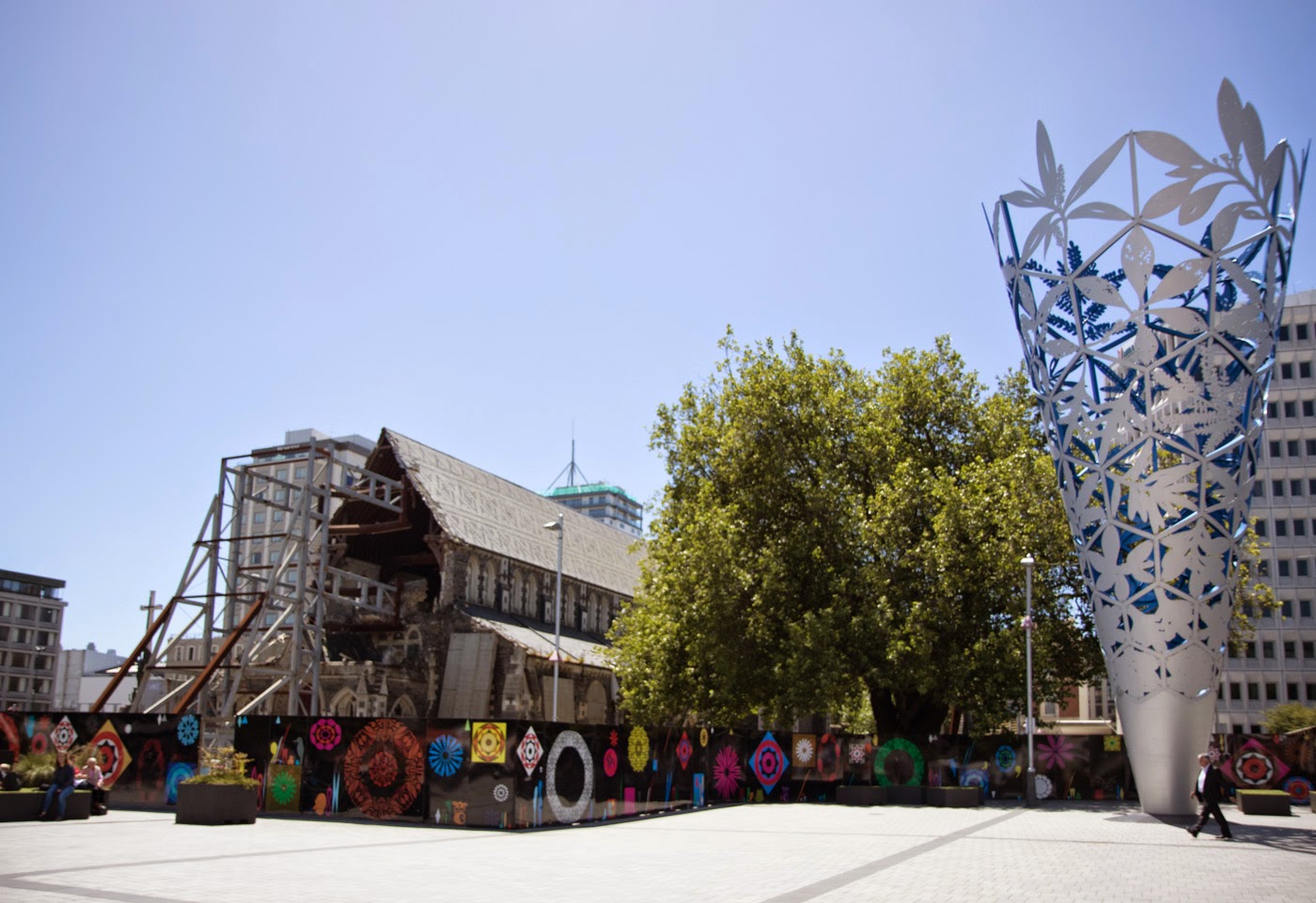 More sign of life I found in the so called "Re Start Mall", a kind of shopping mall build off several pop up stores and cafes in containers. Interesting kind of semi permanent city architecture. A lunch there and I was finally north bound. 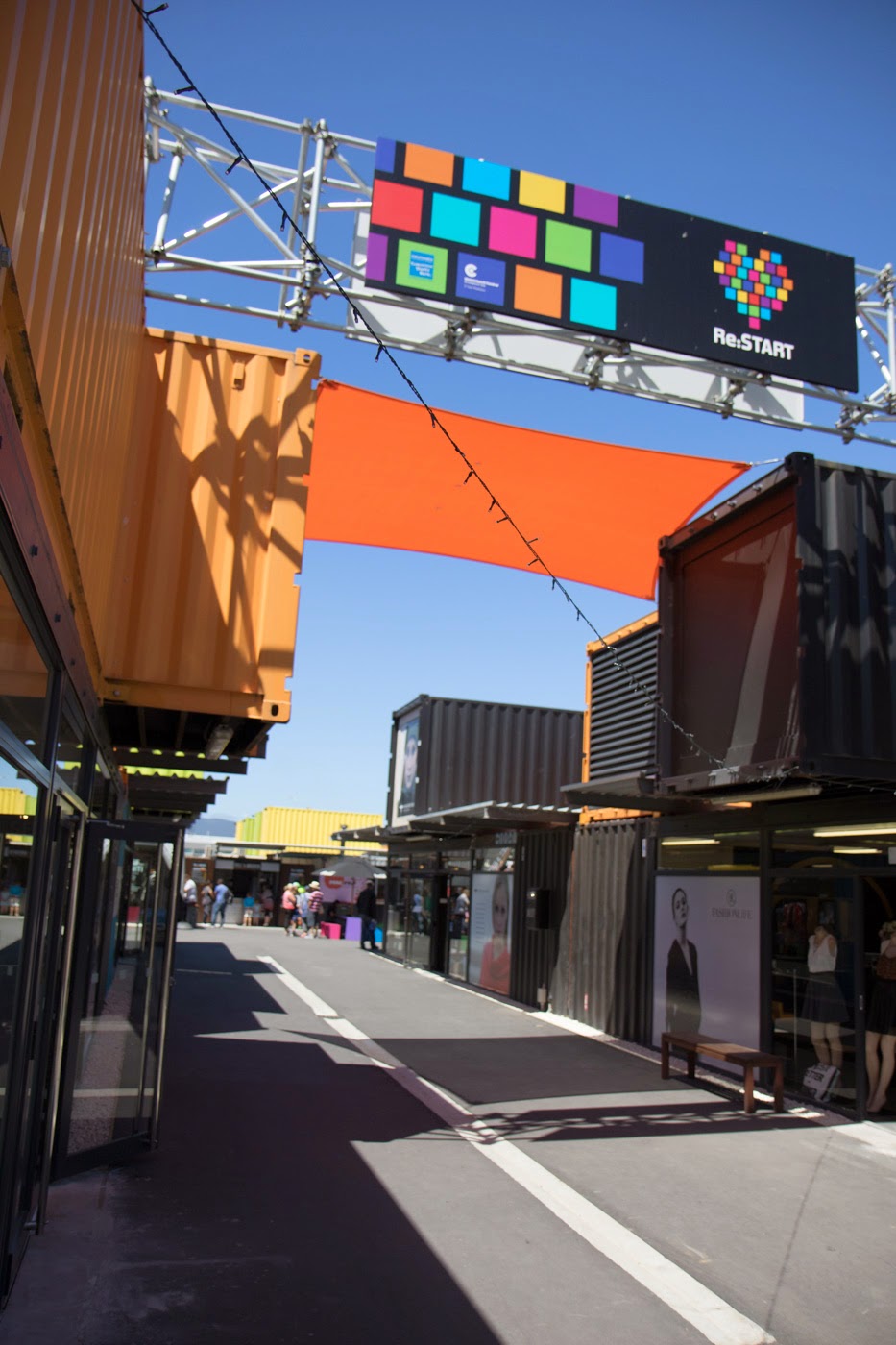 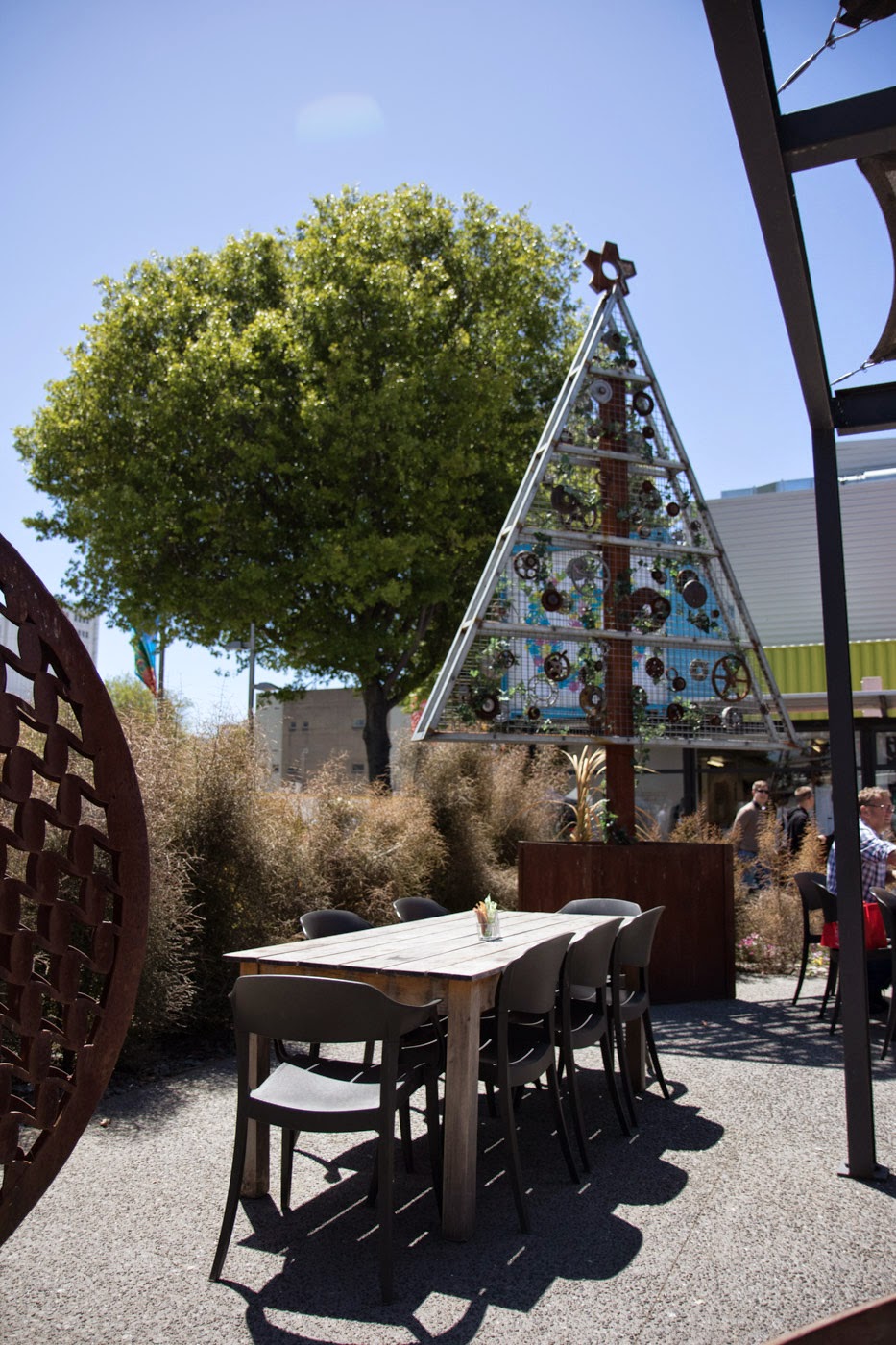 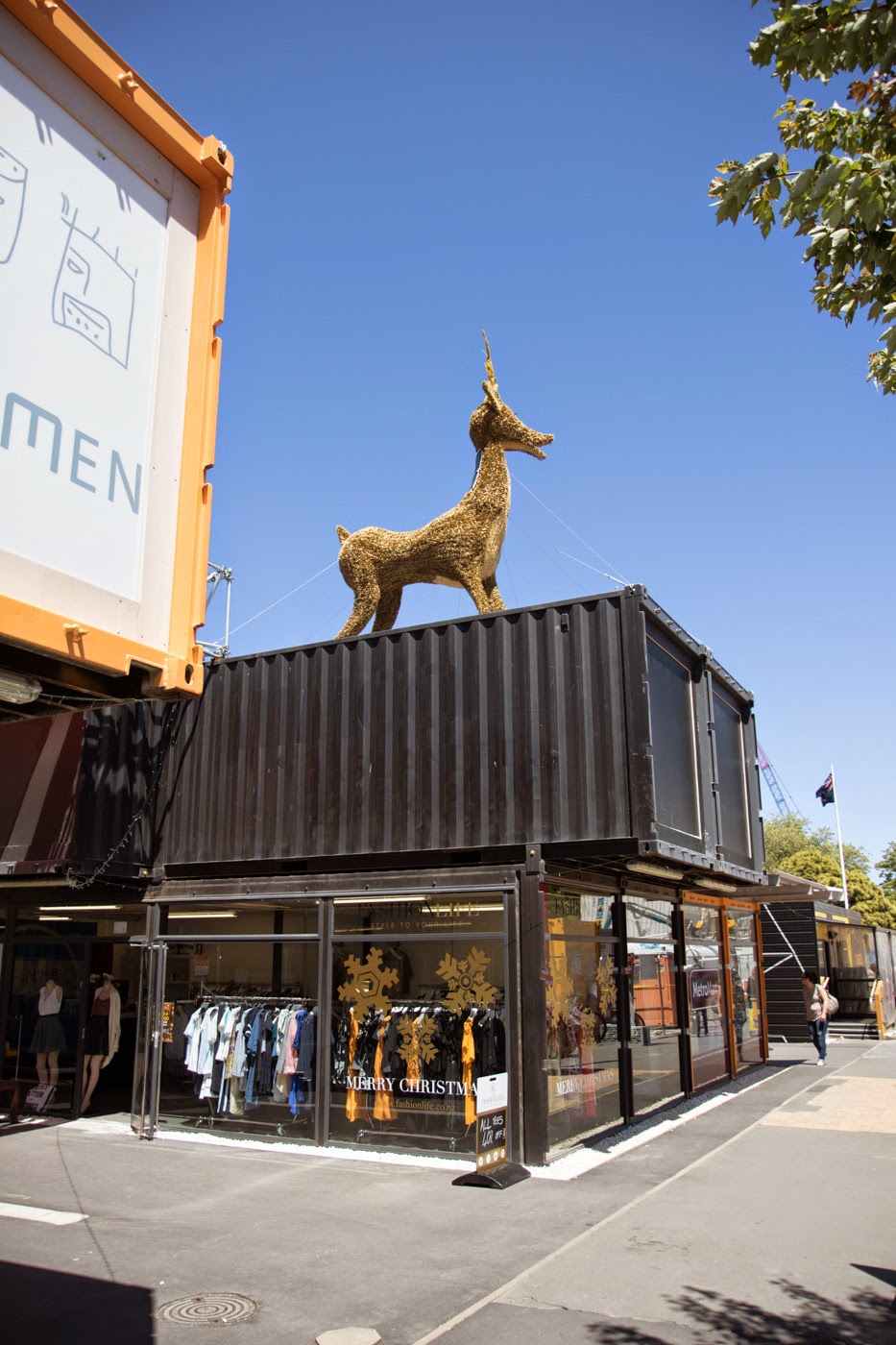 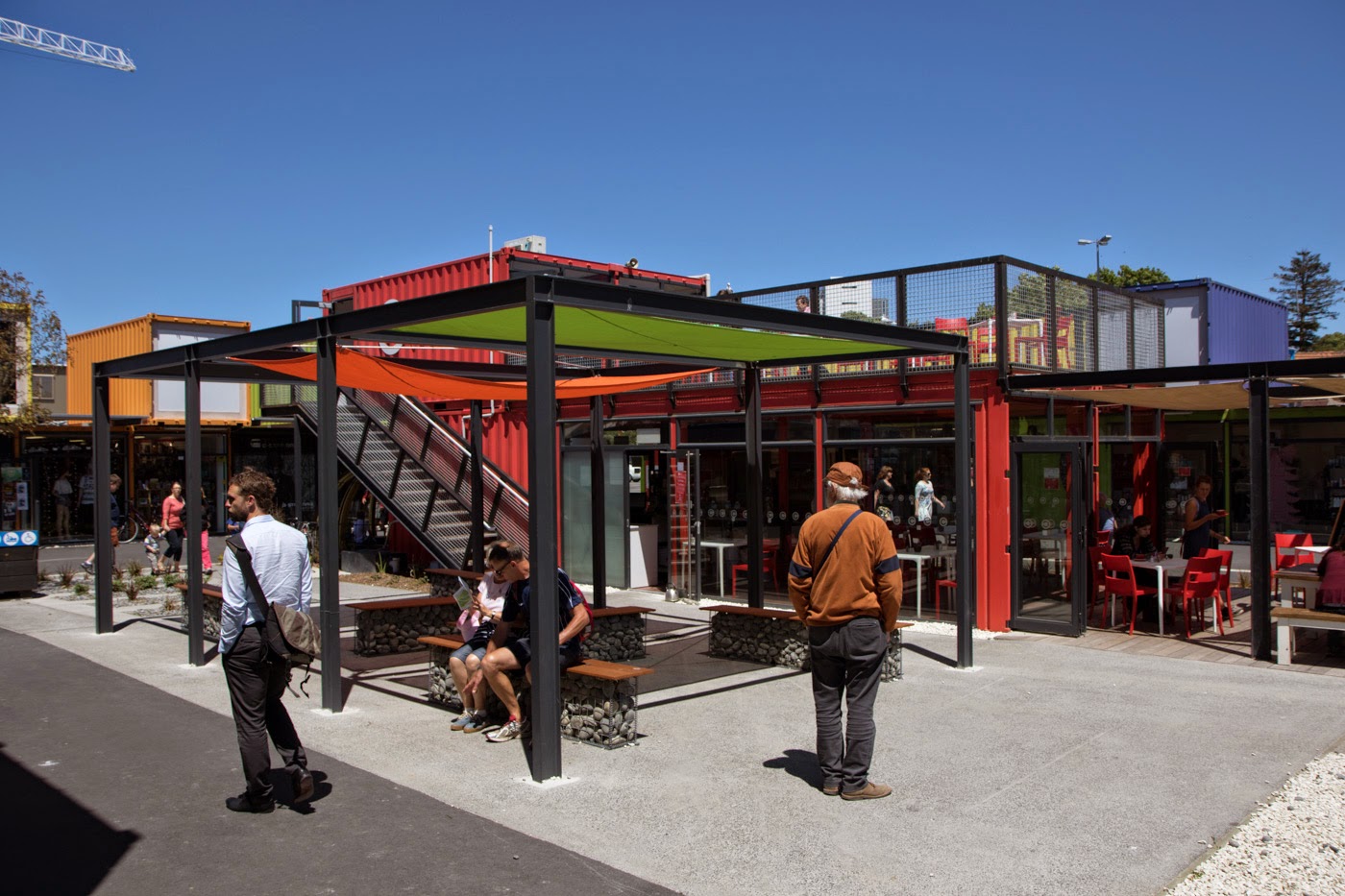 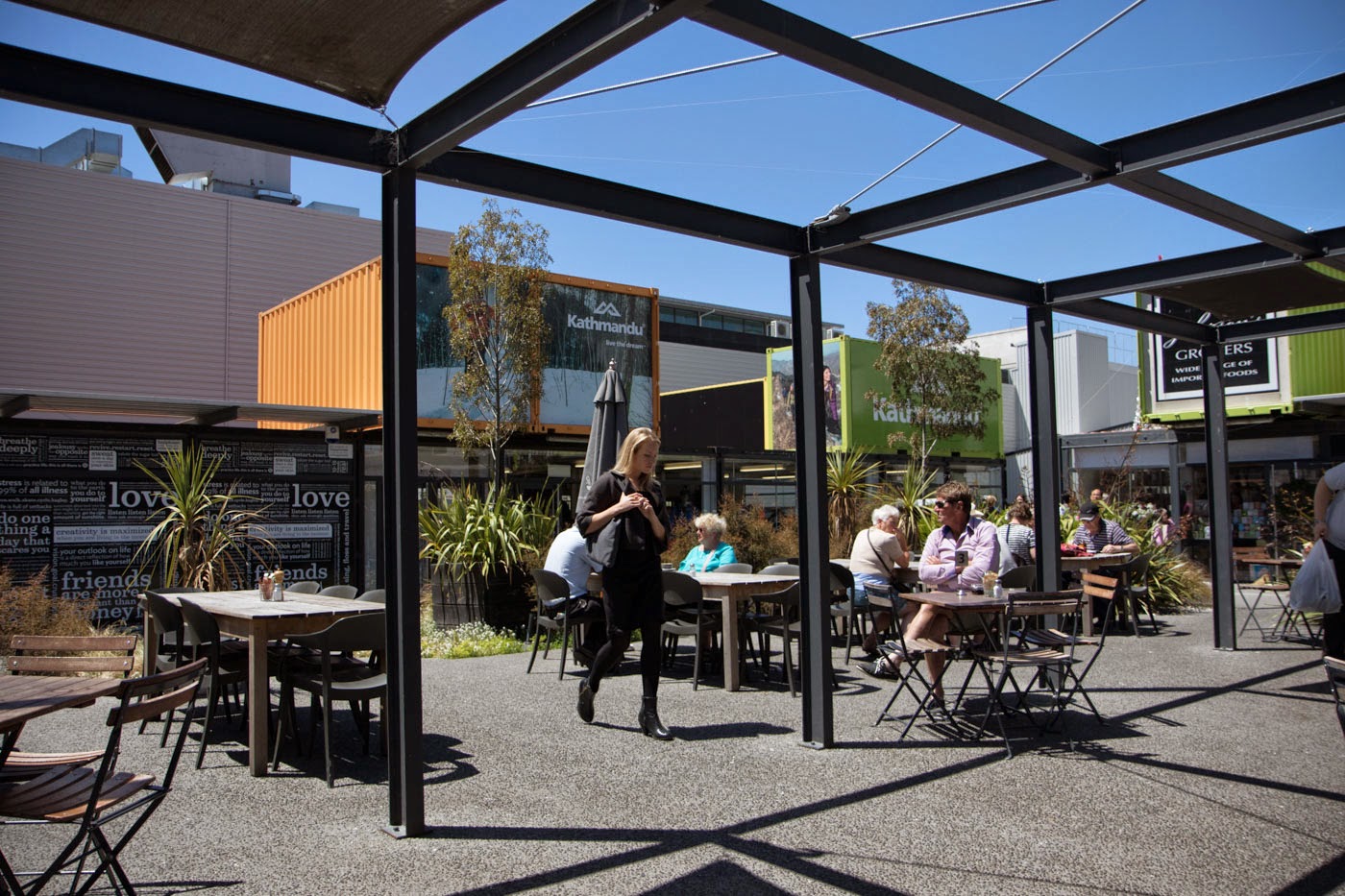 Driving up north I thought and though weather to go to one of my favorite wineries or not… I drove by the sign some 30k north of Christchurch a couple of meters and slammed the brake and turned. I was on vacation, thus where is the joy and fun! Pegasus Bay, again not lunch there (due to restaurant closure days), tasted just two reds, a bottle of CapSauv (quick aging now in the car) and a quick walk through the rose-garden. 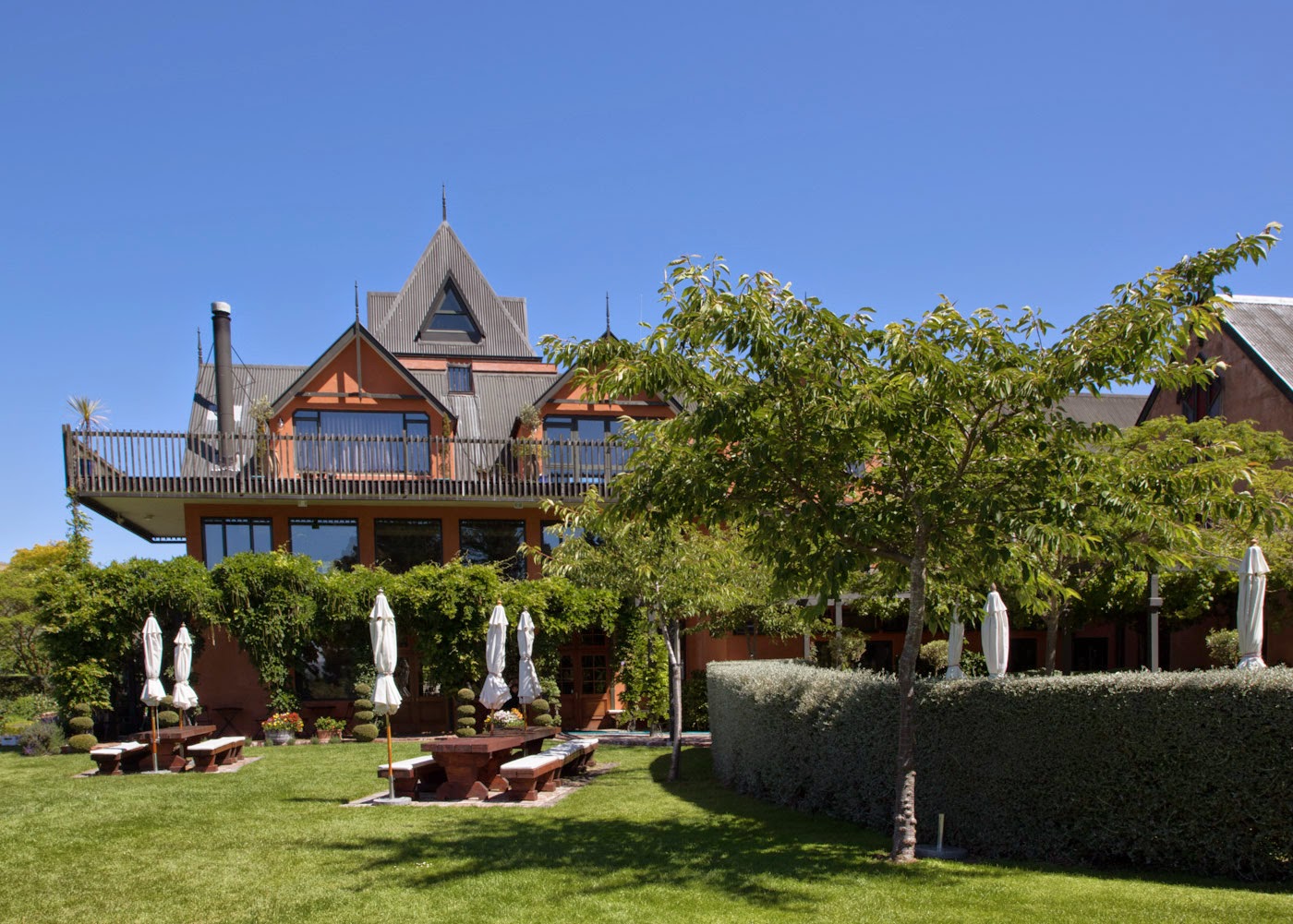 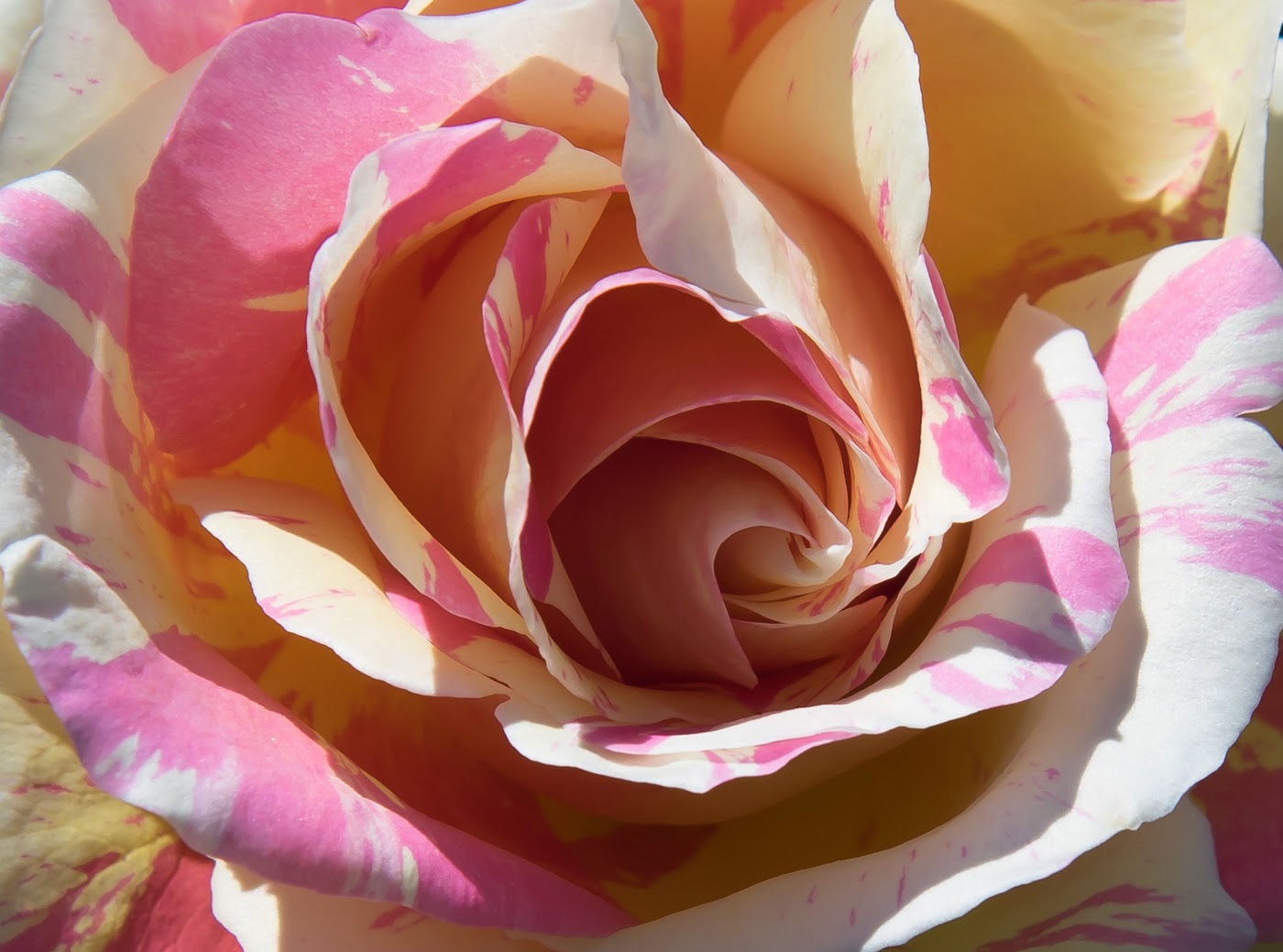 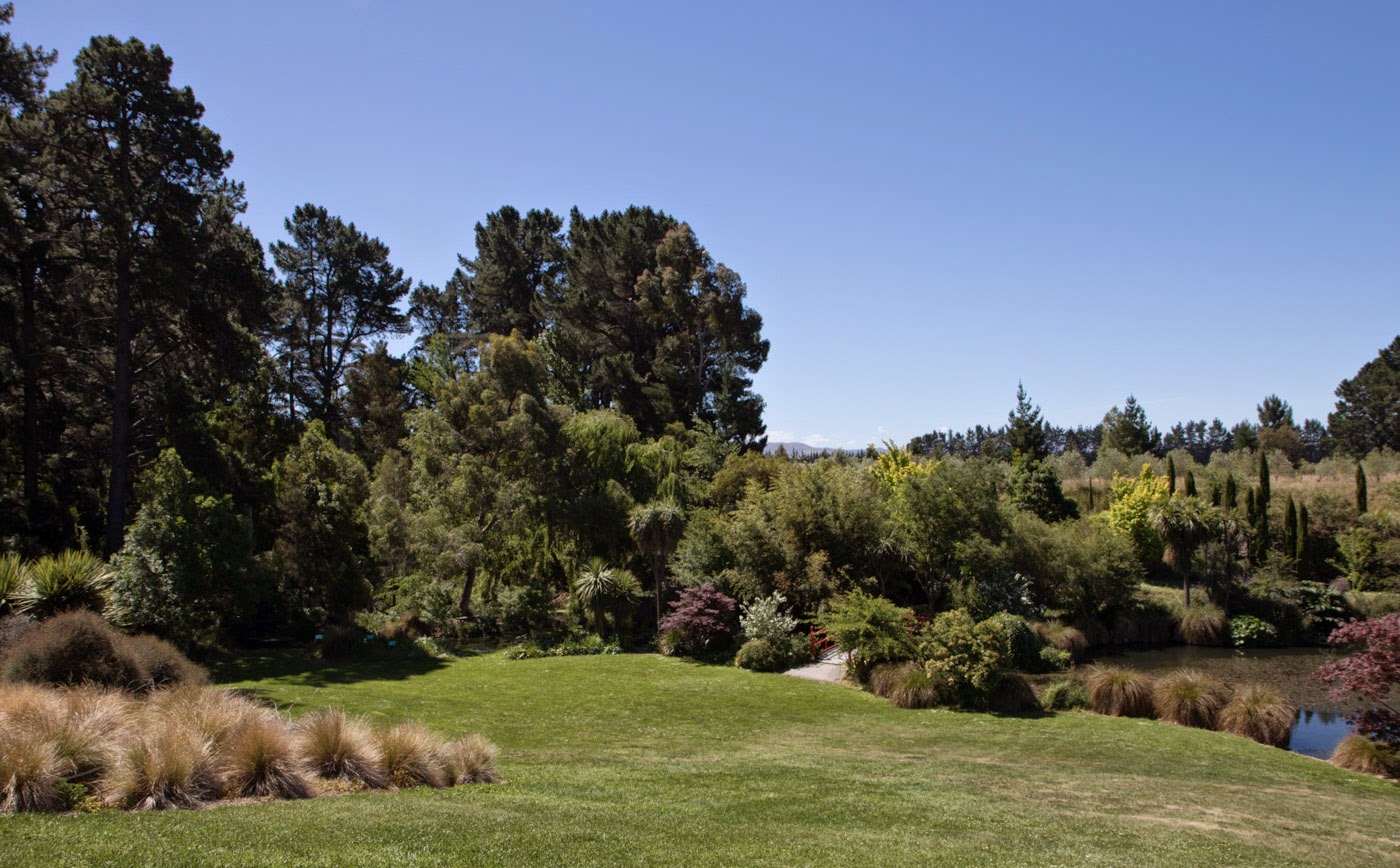 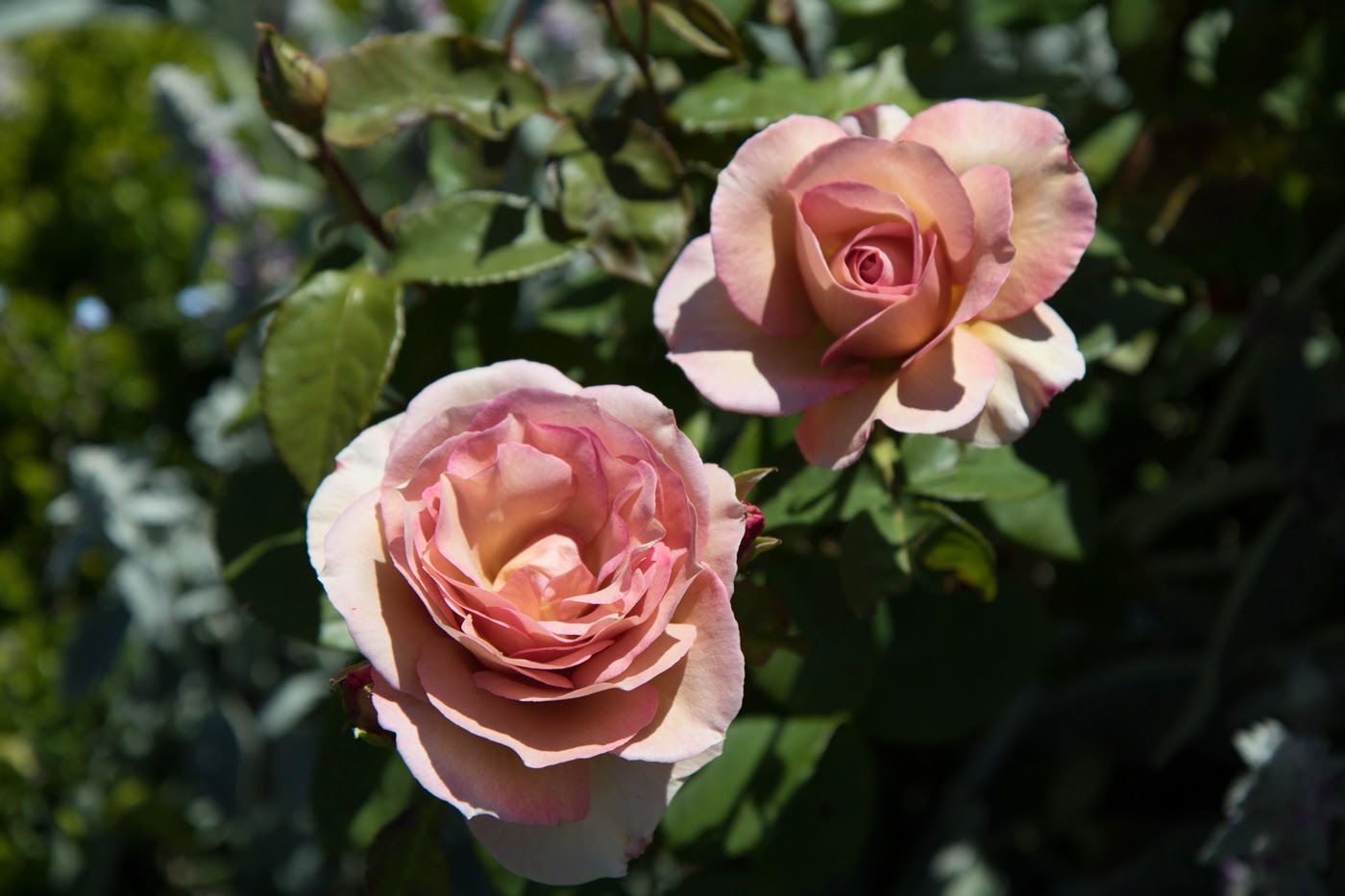 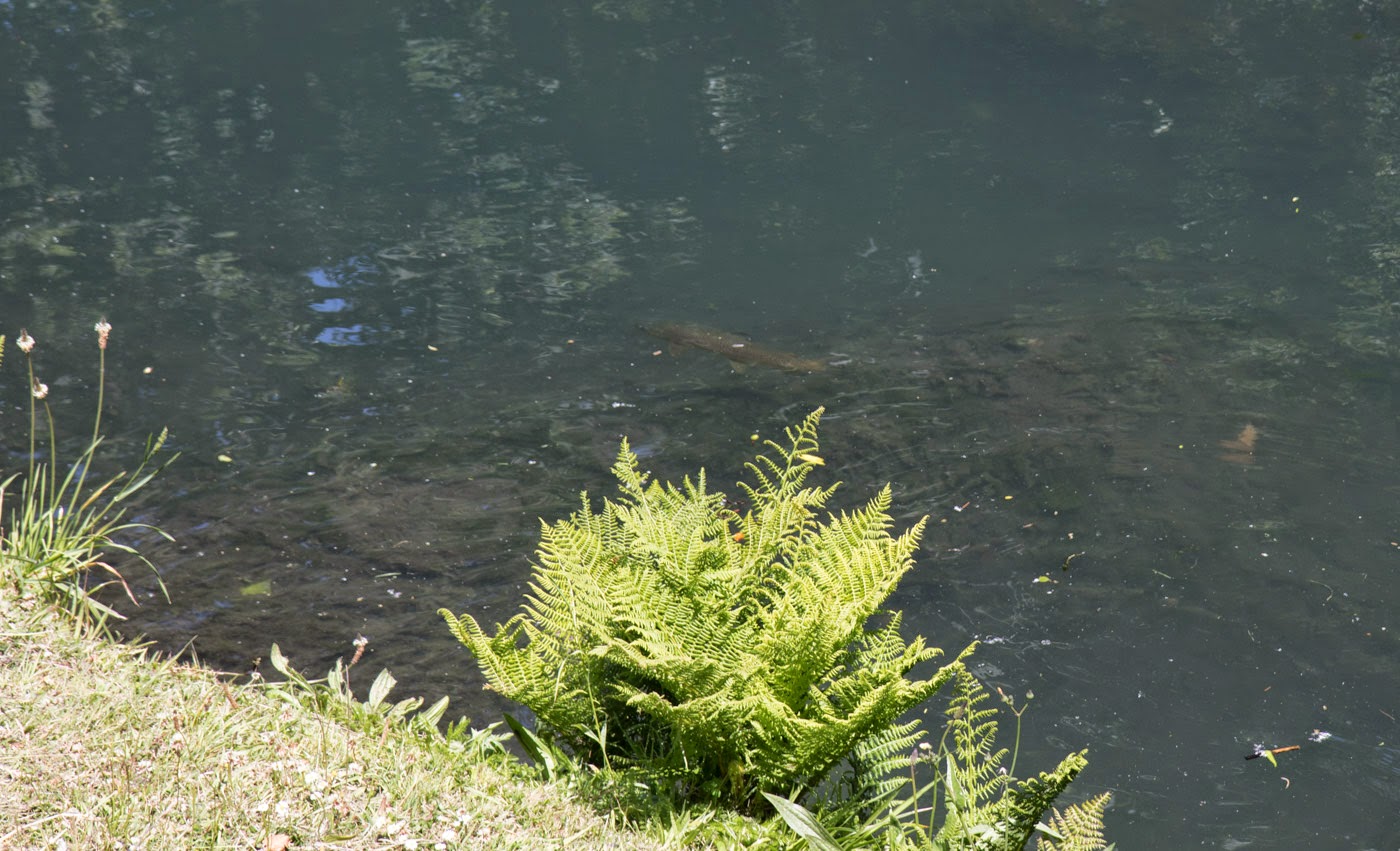 What I love about driving in NZ SI if you do it on the right time in the right direction: absolutely no traffic. Christchurch was different with lots of boring red lights.

The weather was forecasted to be decent for several days with just light rains. My idea was to go right to the bush in Nelson Lakes for an overnighter to a river I visited years before with a guide from Nelson.

So the dream I had weeks before, to be in the bush at the river by Wednesday latest might come true...