Spring Creeks with a new Toy aka Rod 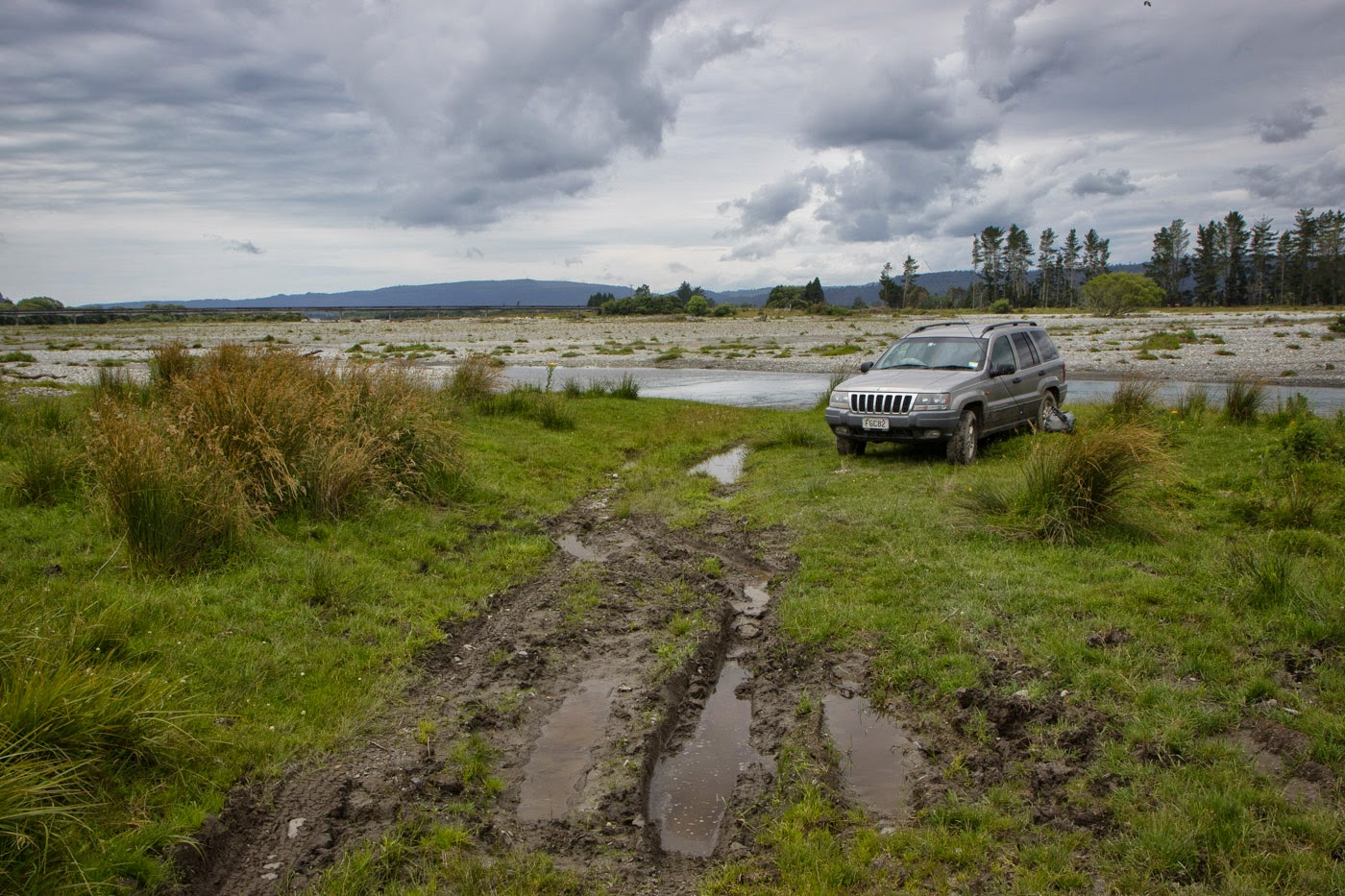 After some unbelievable junky breakfast at a local bakery / café (the ham was just an insult) and some NZ-Jade-shopping in Hokitika, I started with some disappointing spring creek experience not too far away. I hooked the very first fish close to the mouth of the creek but lost it as it went around a big patch of weed and I could not and wanted not to follow. Though I walked the river for quite a while I just saw one or two other non-cooperative trout – last time there was more action on that particular creek. Another creek close by was inspected for the lowest kilometer without any sign of fish.

I decided to head south to fish a third creek with a short section of fishable water. Walking down and fishing up I had shots on two fish that did not work out. The second was in an awkward position to cast and to drift the fly to. Changing the bank would have been the better approach. Lazy me… Further up, close to a willow I spotted a feeding fish well ahead. Adjusted my tungsten-nymph-rig and hooked it. 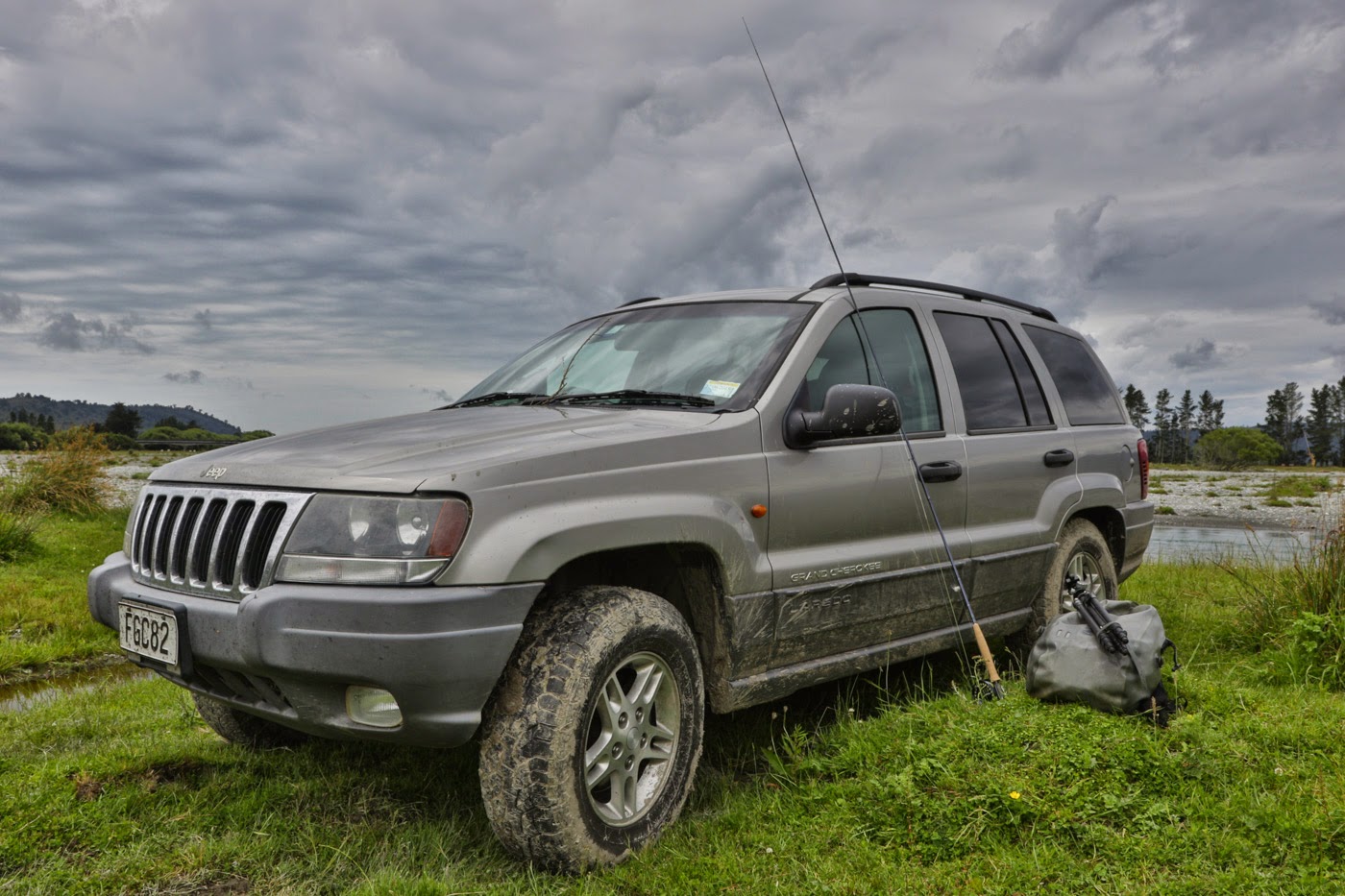 A strong tall brown of 6,5lbs came to the net. To my delight as this was the first fish caught and landed on the Orvis Helios 2, 9’, 5# that traveled temporary with me for a thorough test - thanks to orvis.de! A very decent rod that was loaded with a 6# line, a custom made 6 meter special leader and Stroft GTM 0,18mm tippet. The Orvis top flex rod has a significant stiff lower section and seems to be somewhat slower than my Sage TCX of the same specifications. It performed with high precision and could be cast with an appropriate tight loop. It felt a little bit heavier in the cast than I expected it to be. If the TCX would not be grown to my hand the H2 might easily be a favorite tool. A big plus of the Orvis are the titanium coil rings. They take much more abuse than the far too thin ones on the Sage. An aspect of high importance when you regularly carry your rod in the NZ bush not within the rod tube, what most of the tramping fishermen tend to do once in a while. My Sage was twice at warranty because of that issue. The carbon rod tube that comes with the Helios 2 is a blast – it is ultra-light and in contrast to my expectations ultra solid. Overall the H2 is a top of the line, high performing toy/tool. 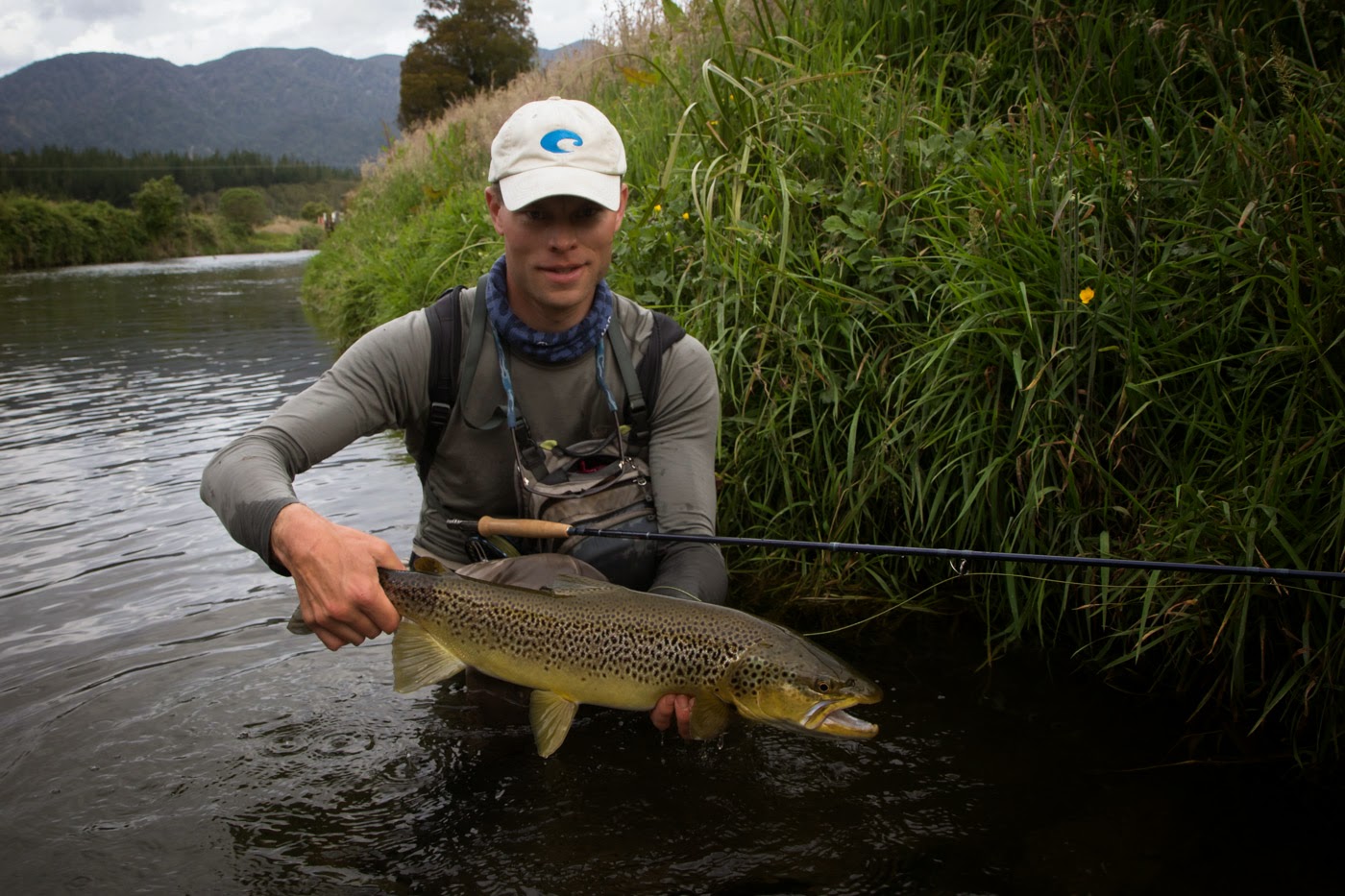 Back at the car and the small bridge I spotted an other brown. Important about that one was to be prepared for the approach after the fish would have taken the fly. As the cast was done from the bridge, thus immediately after the cast I would have to climb down to the bank, but there was a small spot where I could land it. Unfortunately the fish was so weak and might be handicapped that landing it was not an issue. It was a thin brown in poor condition that was instantly released.

Back on the road going south towards double Hari aka Hari Hari. I ended up in the same 'vintage style' motel (Flaxbush) as two years ago. After all it was the starting peak of holiday season and I was happy to get a hard roofed room that I needed to dry my wet tent. Passing a bridge with around 10 police cars and 25 policeman some kilometers before double Hari I was wondering what happened. Later on it turned out that on this rather long one lane bridge two tourists in a car had broken the wooden (!) side rail and crashed in the river running high and boisterous below, both were dead. Take great care when you drive and do not speed beyond your limits!

A special topic as the police announced to enforce a zero tolerance speeding policy during the holiday season. So going just 1km/h too fast would result in a speeding ticket. Crazy idea because by this rule you end up out of law if you overtake a car in an appropriate manner and you end up paying more attention to your speedometer than to the road and the traffic. Strange way to enforce traffic laws...