Picton to Wellington – or leaving the best part behind… 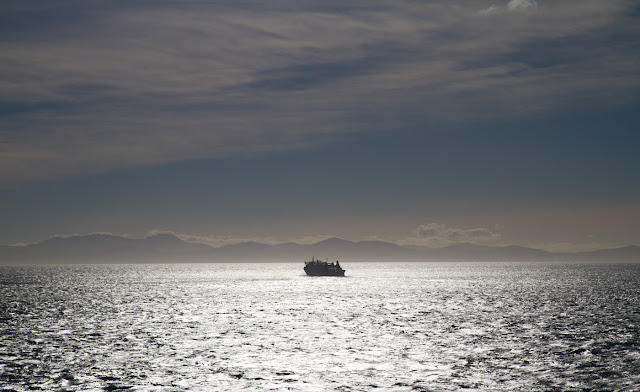 Leaving Picton was hard and easy at the same time. Picton by itself is pretty much only of relevance due to the ferry and the access to the Sounds. But unless you have a motorboat on hand or do the Queen Charlotte Track (preferred by mountain bike as I personally would consider it to boring to walk its whole distance. In the off-season it is possible to ride its whole distance -a tough one day trip. Unfortunately we did not yet make it due to bad weather in the past years) there is nothing of interest there. Though some love the remoteness of the secluded sounds. Thus leaving Picton was easy, but at the same time we were NI bound. A necessity in our travel plan that Ines insisted on. About nine out of ten people we talked to, did see no necessity to go to the NI. I am one of the nine and something very surprisingly has to happen to change my personal opinion (you can even call it prejudgment). E.g. a 13lbs rainbow or a bubble-bath in Hawke’s Bay red. Thus I will keep the report on NI brief till this happens. 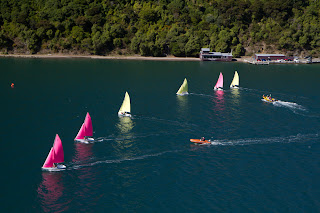 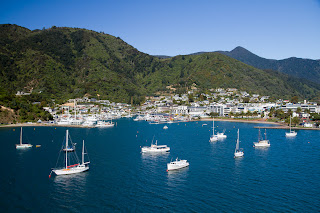 The ferry (Interislander) was in a more than average corroded status usually encountered on such ferries. A sever emergency case would probably end with a couple of hundred causalities as the emergency equipment did look rather in the need of some service, I was surprised to see it like that.  The cruise was sunny but boring. Even the sounds passed during the first hour provide only little distraction. The only alternation on the ferry was a very funny couple of elderly retarded German tourists providing unasked advice what to do with tired Tobias. I just silently walked up to them, staying on their side and saying rather friendly “Entschuldigung. Klugscheisser!” which can be translated to “Excuse me. Smart ass!” He looked very silly with his Alaska Anchorage cap shield on the back and a mustache. He reminded me slightly on my former chemistry teacher. 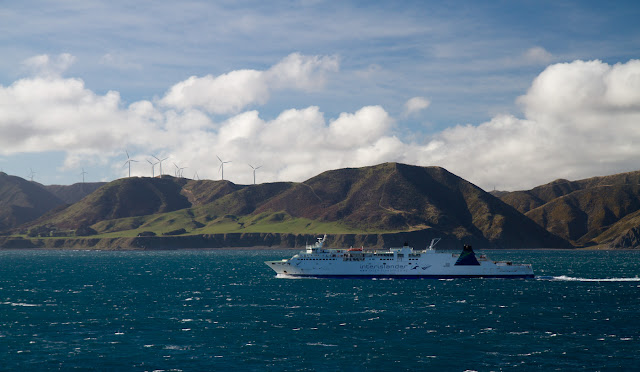 Wellington. We found a cheap but ok hotel (Mercur / Ibis) downtown and had a stroll at night. Unfortunately after the clock change the sunset is now around six-something, leading to pitch dark and kind of winter-depression mood around 7pm. Wellington is a rather large city with lots of traffic, traffic lights, tall buildings – a huge contrast to lovely Nelson. The beauty some assign to Wellington – I could not discover it. There are some nice corners but that it is pretty much. Do not spend too much time in Wellington and avoid trouble with the rigorous enforced parking laws. The next morning we had a short walk to learn the difference between cheapish Kathmandu outdoor clothing and high end Patagonia: Kathmandu deteriorates after weeks and they have no customer oriented warranty to cover that. Once again: ‘You get what you pay for’ and ‘Quality remains long, after the price is forgotten.’ (I have to add and stress that Kathmandu Wellington did not behave customer oriented, later during the trip we went to the Kathmandu store in Auckland and the lady there was very friendly and exchanged the jacket even without any proof of purchase! Still it is strange for a Jacket of that kind to separate after around eight weeks) (Further annotation concerning Kathmandu: their regular prices are fake-prices, for this level buy patagonia or Arc'teryx. Reduced at 40-60% Kathmandu is an option for the one or other item.) 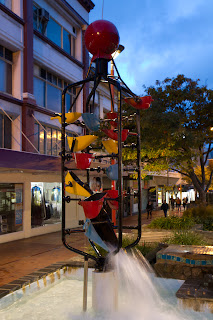 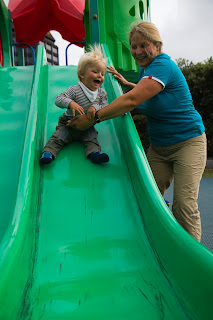 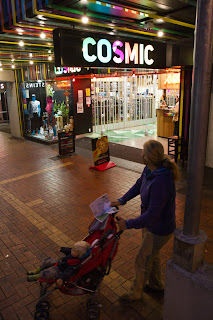 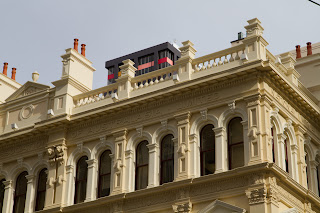 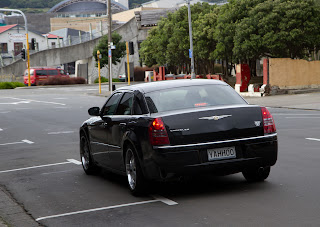 Later cable car to the botanic gardens (the outside areas look a little bit un-serviced and wild) and feeding the ducks at the pond before the green house. A small greenhouse with plants of which some had fascinating leave structures, patterns and colours. 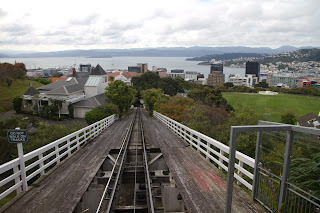 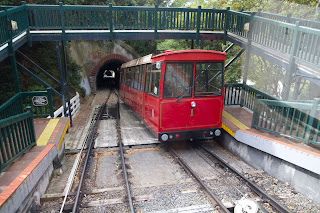 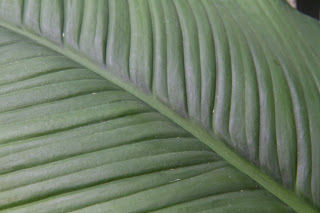 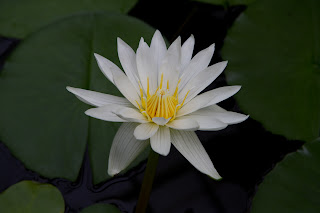 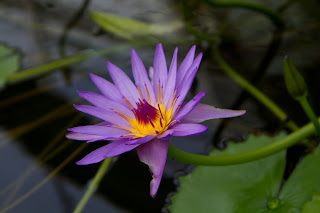 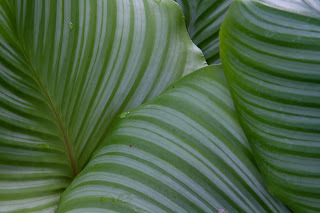 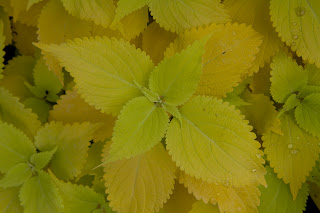 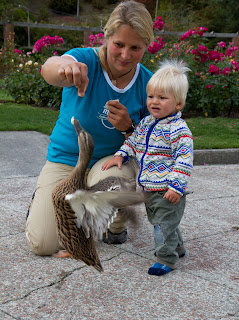 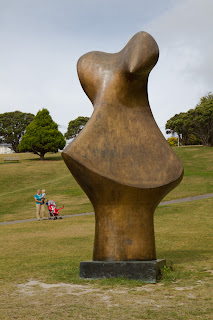 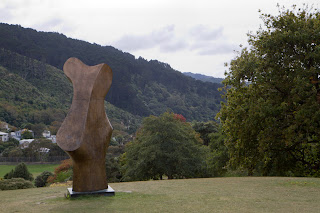 Leaving Wellington the MOST boring drive of the whole trip followed: Going north on the HW 1 towards Taihape. We encountered around five police cars (might be they expect some attack), thus there was no way to go at the preferred travel speed. The landscape becomes acceptable not before close to Taihape. Acceptable – nothing more. There we ended in an ok-Motel between the road and the rail with a (again) not working ZenBu internet access.

This whole NI-travelogue will be very critical – I warn you!