Do we need to fish such a river? Let’s go to a pristine river instead! Or: 112 km/h on paved roads seems to be too fast. 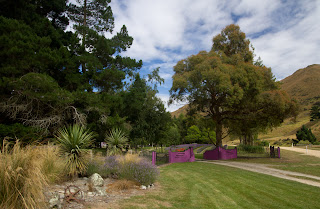 The drive to the next stream – that was recommended to us – went via a long winding unpaved road over the Danseys Pass. Barren Otago country. Passing the Danseys Pass Hotel we briefly considered to book two nights to fish from there, but we made a good decisions not to ask as it turned out later. We went over the rather long drive over the pass, made a short stop at the lavender farm there, had some yummy lavender ice-cream and continued to the holiday park / campground close to our fishing. 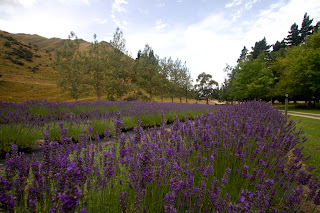 The campground was nicely located on the – on first distant sight – nicely looking river. As it was still early afternoon we packed our gear and went up to check the river in the lowest section of a 8km no exit gorge thing stretch of that river. Arriving there: rather strong didymo infection and frequently used tracks on each side of the shore. After an hour Ines made the right decision: she turned around. I only saw the first fish just minutes later in fast turbid water from very short distance as I spooked them. The river became even more gorgy, some scrambling of rocks was required. The third and the fourth fish I spotted deep down in a gorge pool where I decided to turn around and to call that river a river, as I already walked 2,5km as the crow flies of that 8km stretch. Do we really need to fish a river like that, if we have several other alternatives? Definitely not. Disappointed we decided to leave the next day back to QT. 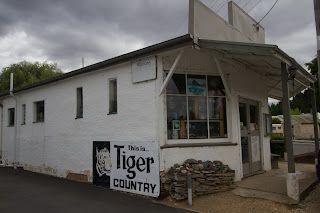 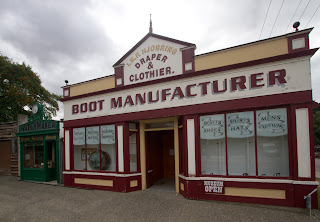 On the way towards QT we passed Naseby, a small village with some serious addiction to Curling and old houses tourists make pictures of. Making some pictures, thinking about what it is about to make pictures of semi old rotten buildings. I did not figure it out, so I stopped. During that stopover I took care of some surprise for Ines: another night in QT with a dinner again at Gantleys (the close date of 14th February was more a fake-excuse for that plan than the real reason). We had to book another Hotel, right on the lake (Novotel – decent, look for low prices by booking in advance!), made a reservation at Gantleys and hit the road. Wondering when Kiwis overtake and whom and if and whom not. No pattern found.


Driving up the Kawaru River valley we realized that we had only one wine tasting. As we passed Peregrine we set the indicator and turned right. Peregrine is one of the smaller 'boutique' wineries with a modern architecture cellar and tasting room (but lucky they do not call them 'boutique'). We tried the Pinot Noirs – of them only the Karearea 2009 at 75$ was promising, but the mentioned Wild Earth Pinot 2009 offers much much better value for money! But we bought there a bottle of our first white wine of the trip – a 2009 Gewürztraminer – very fine, in case you like that special kind of wine. In the cellar we met a friendly couple Americans on honeymoon, she immediately fell in love with Tobias. 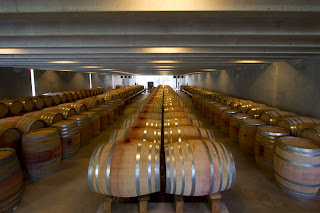 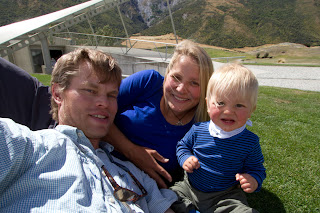 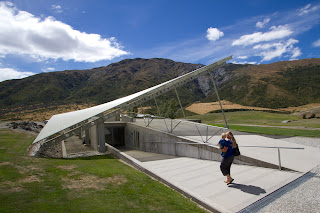 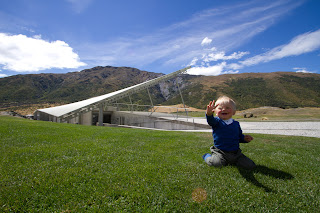 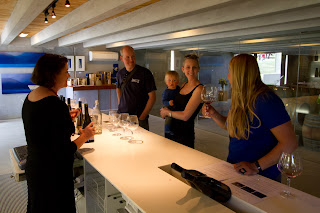 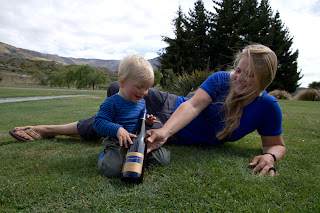 (The order of the above pictures is totally unintended, but I wanted to have two in one line and the Blogger does this totally randomly, after a while of trying I gave up and left it as it is) 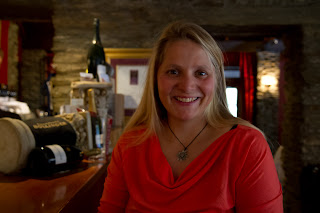 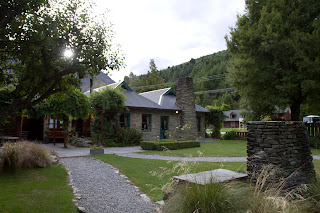 The evening at Gantleys started with a long awaited surprise: Jessica was happy to see us again and handed me over an DHL Express envelope. The charger for the Ericsson R290 Globalstar Satellite Phone. Thank you Markus so much, that it finally showed up and did arrive quiet quickly in Queenstown! Testing it the days before with the other charger I ordered in Germany it showed, that it most of the time does not get a Satellite connection and if, it just does not dial the number. The idea was to use the phone in distant (fly/boat in) locations in case of emergency, if e.g. Tobias would be in sever danger. 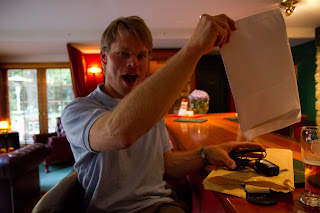 Travelers’ advice: forget about the Globalstar phones, they seem not to work in NZ and if you lay with a bloody leg fracture in a tight valley in the middle of the forest: a phone would not help either. The bailout is to chew up 1500mg of ibuprofen pain killer and make your way with arms and the remaining leg to the defined pick up point. Keep fingers crossed you have some time for this way. And Tobias would just have to stay healthy. I checked out all the other solutions such as Spot, New Spot and DeLorme Inreach – all did not persuade as too complicated or only one way communication. Might be the IsatPhone (Inmarsat) might have been the right way to go. Now I am absolutely serious: if you do some solo fishing excursions you “wander” most of the time – unless you are right at the river or ON the trap line tracks – in quiet rough forest or slopes or rocks where you can pass another person only few meters away without realizing it. So if something happens, the rescue will be funny. This implicates maximum caution to avoid slipping, dropping or any other kind of self-injury. Concerning the last: there will be a story on that issue two posts later. Always take great care and only invest what you are willing to risk for a fish!

Back to Gantleys. Both of us went for three courses with the main and the (shared) desert the same: The main was absolutely delicious venison. The wine consideration was in favor of the PegBay Cab/Merlot 2009 again. Yummy! Tobias was lovely (most of the time he is in that mode) and woke up halfway through. Thank you for the second nice evening at this place to the crew Jessice and Lauren and the chef! 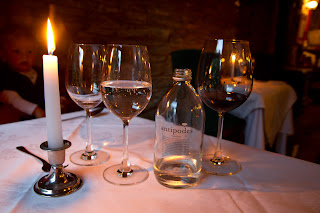 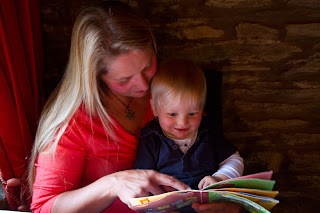 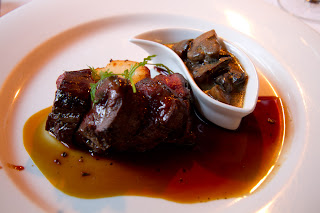 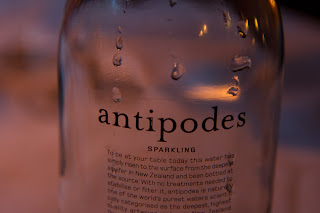 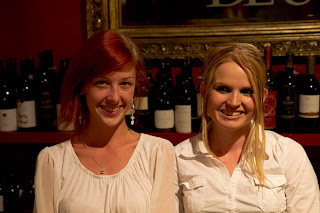 To end this post, two more nice anecdotes. All the way from QT towards the south end of the lake Wakatipu we had to follow some young tourist driver that went 60 in curves you could do easily with 90 and still he did brake at the sight of the curve and after the curve. Finally safely overtaking it at Kingston (south end of the lake), driving on for some miles with the normal traveling speed to avoid the vibrating noise that our car develops around 105km/h. I got the impression that one passing car was flashing its headlights once. But I was not sure of it and limited the driving speed a little. And bingo, just before the last bend before Garston there was a white car on the left side and friendly blue capped man waved. Police. You went to fast! 112km/h! Do you know the speed limit? Yes. Waiting for a few minutes, considering this was not the Swiss and not Norway, we probably would be able to drive on and Tobias would have his father not sentenced to prison. Answering to Ines question how much I would expect as a fine: around 100NZ$. After a while the officer came back and showed a detailed ticket of 80NZ$. Online payment possible. Ok. Cool. Thank you! Don’t drive so fast with the child on board! (And without?). To sum it up, that was as good as it could get, I was not really fast, all were friendly and we meet that policemen after a coffee break and some miles more on another street where I actually expected him again. This time passing him I was very slow. In the end I was only pissed that I did not see him, as I am more or less always slamming the brake seeing a white car (yes I know there are some other police cars around).

While taking care of this not value generating payment and having some coffee at the Lazybones Café in Athol (again there…) I noticed a rather simple bike with very few luggage for its obviously long distance rider with a sign on the back saying something like “NZ North to South – Frank Burns – Donations for children in Syria”, I memorized the URL mentioned and after the first payment I made another (shame on me) lower payment to his project. Only then I turned around and said “I just made a donation.” And an interesting and friendly conversation about his project, traveling and so on started. You can read that on his page and if you go there please make a donation for his project. Even if it is just 10XY it helps! Thank you!

After that refreshing incidence we continued our way to a remote location we have been twice before (part of it on metaled / dirt roads close to the legal driving speed of NZ). But this time we wanted to go beyond and accomplish a 4WD track that would lead to a paradise unknown for us up to that moment…