Mataura family fishing - or avoiding falling in a hole

After a relaxing night without meat poisoning we got up to fish the Mataura – on a Sunday! Before that Tobias had its first close encounter with a close to adult lamb. He enjoyed it and was excited.

Arriving on the access the picture was unbelievable: NO other car, no other fisherman. So we could work our way upstream, less fish than the last time but still some that went for the fly. Adams, standard nymph etc. I spooked unfortunately a couple of actively feeding fish. So did Ines with a pot of three fish. No score for her so no pictures ; ).

I was lucky to manage an unbelievable unlikely cast to place the fly in a window the size of a plate between trunks, the fly was literally screwed in that place and the fish took it. 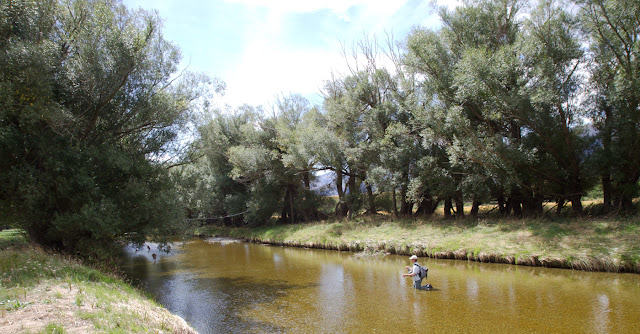 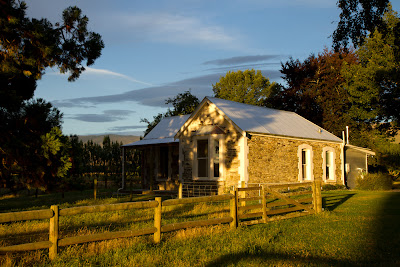 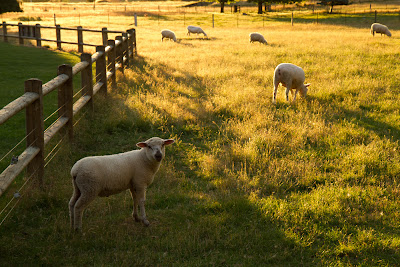 The other day I went to fish a little downstream and drove there by the car – I drove exactly to the next access point just 1,5km down the road. Not a wise decision, as it turned out I would have to walk that way anyway to fetch the car after fishing upstream. So letting the car sleep would habve been more logic. I caught a couple around 3-4,5lbs. Of note was one real decent fish of close to 6lbs that took my fly from an awkward casting position. Just short before the cast I discovered a very deep hole exactly left to me covered with grass. The fish took, I tried to take care of the line warped around my arm and avoided successfully not to fall in the hole, slowly sliding down the high bank to the water, fish still on – shoot – no he was gone. These kinds of fish are the ones that gona stick much longer to your memory than the other ones caught without any obstacles ore curios casts.

On the way back from the exit above Naylor House I walked down past the house, where I could see Ines and Tobias on the terrace in the sun. They enjoyed the morning at the house.

We packed our belongings and set course towards a stream in central Otago. The stream mentioned earlier, that back then was fished by Bruce with his client by chopper as the landowner seems to be reluctant to allow access to guided parties. 3F as a bonus - we got access from the landowner I called beforehand. With high anticipation we hit the road!